There is credible evidence that Saudi Arabia's Crown Prince Mohammed bin Salman and other high-level officials are liable for the killing of Jamal Khashoggi, a UN expert says. 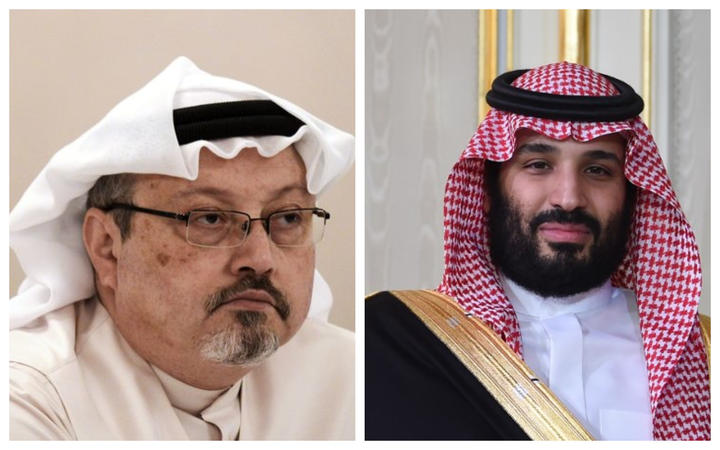 A report by special rapporteur Agnes Callamard said the evidence merits further investigation by an independent and impartial international inquiry.

Mr Khashoggi was killed inside the Saudi consulate in Istanbul by Saudi agents.

Saudi authorities insist they were not acting on Prince Mohammed's orders.

The Gulf kingdom has put 11 unidentified people on trial behind closed doors for Mr Khashoggi's murder and is seeking the death penalty for five of them.

However, Ms Callamard said the trial failed to meet international procedural and substantive standards, and called for it to be suspended.

The 58-year-old journalist, a US-based columnist for the Washington Post and prominent critic of Prince Mohammed, was last seen entering the Saudi consulate on 2 October to obtain papers he needed to marry his fiancée Hatice Cengiz.

Ms Callamard, the UN's special rapporteur on extrajudicial, summary or arbitrary executions, said Mr Khashoggi was "brutally slain" inside the consulate that day. 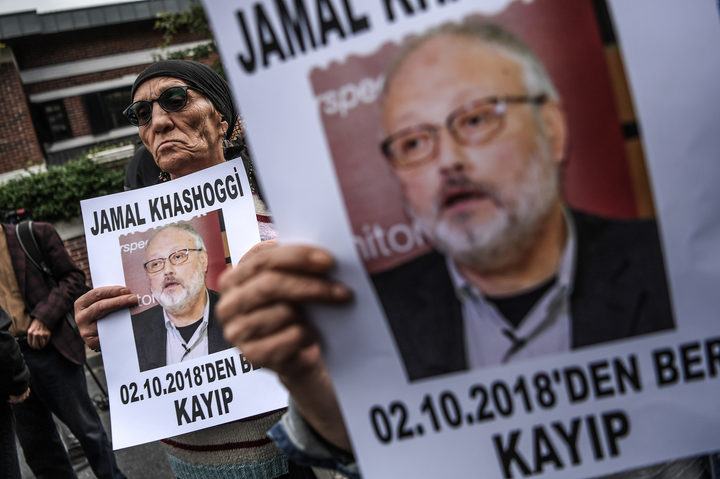 A protester outside the Saudi Arabian consulate in Istanbul last October. Photo: AFP

Saudi Arabia's deputy public prosecutor Shalaan Shalaan told reporters in November that the murder was ordered by the head of a "negotiations team" sent to Istanbul by the Saudi deputy intelligence chief to force Mr Khashoggi to return to the kingdom from his self-imposed exile.

Investigators concluded that Mr Khashoggi was forcibly restrained after a struggle and injected with a large amount of a drug - resulting in an overdose that led to his death, Mr Shalaan said. His body was then dismembered and handed over to a local "collaborator" outside the consulate, he added.

Five individuals had confessed to the murder, Mr Shalaan asserted, adding: "[The crown prince] did not have any knowledge about it."

In January, the United Nations' human rights office tasked Ms Callamard with establishing "the nature and extent of states' and individuals' responsibilities for the killing".

Senior Saudi officials insisted that Mr Khashoggi's death was the result of a "rogue" operation, but the special rapporteur's report concludes that it was "an extrajudicial killing for which the state of the Kingdom of Saudi Arabia is responsible".

"From the perspective of international human rights law, state responsibility is not a question of, for example, which of the state officials ordered Mr Khashoggi's death; whether one or more ordered a kidnapping that was botched and then became an accidental killing; or whether the officers acted on their own initiative or ultra vires [beyond their authority]," the report notes.

Ms Callamard also determined that there was "credible evidence, warranting further investigation of high-level Saudi officials' individual liability, including the crown prince's", according to the report.

The special rapporteur says the crown prince should be subject to the targeted sanctions already imposed by some UN member states, including the US, against other named individuals allegedly involved in the killing.

The sanctions, focusing on his personal assets abroad, should remain in place "until and unless evidence has been produced that he bears no responsibility for the execution of Mr Khashoggi", the reports said.

The trial of the 11 suspects currently taking place in Saudi Arabia should be suspended, according to Ms Callamard, because this was an international crime, over which there is universal jurisdiction. That would allow other states, such as Turkey or the United States, to also attempt a prosecution.

The report said the UN Security Council should initiate a follow-up criminal investigation into Mr Khashoggi's murder to build up strong files on each of the alleged perpetrators and identify mechanisms for formal accountability, such as a tribunal.

There was no immediate response to the report from the Saudi government.