US infectious disease chief Dr Anthony Fauci says as 16 states reel from a spike in Covid-19 cases, even parts of the country doing well will be affected. 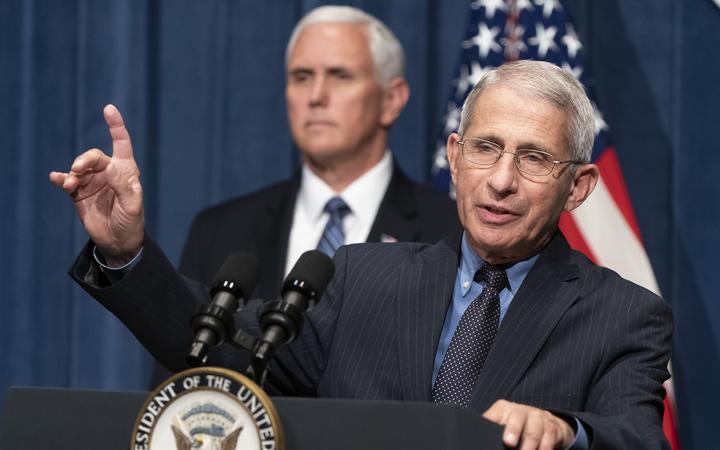 At the first White House task force briefing in two months, Dr Fauci said: "The only way we're going to end it is by ending it together."

As health experts said more must be done to slow the spread, Vice-President Mike Pence praised US "progress".

The US hit an all-time daily high of 40,000 new infections yesterday. There are 2.4 million confirmed infections and 124,749 deaths nationwide - more than any other country.

During today's briefing, the White House task force also urged millennials to get tested, even if they are asymptomatic.

Pence said the president requested the task force address the American people amid surges in infections and hospital admissions across southern and western states.

In Texas, Florida and Arizona, reopening plans have been paused due to the spike - much to the anger and dismay of many business owners.

While some of the increase in daily cases recorded can be attributed to expanded testing, the rate of positive tests in some areas is also increasing.

Health officials in the US estimate the true number of cases is likely to be 10 times higher than the reported figure.

"Whereas before we told them to stay home, now we are telling them to get tested."

She noted this "great change" in testing guidance would allow officials to find "the asymptomatic and mild diseases that we couldn't find before".

Following Dr Birx's presentation of the recent data, Dr Fauci said: "As you can see we are facing a serious problem in certain areas."

He added: "So what goes on in one area of the country ultimately could have an effect on other areas."

Dr Fauci said the current rises were due to everything from regions "maybe opening a little bit too early", to opening at a reasonable time "but not actually following steps in an orderly fashion", to the citizens themselves not following guidance.

"People are infecting other people, and then ultimately you will infect someone who's vulnerable," he said.

"You have an individual responsibility to yourself, but you have a societal responsibility because if we want to end this outbreak, really end it... we've got to realise that we are part of the process."

Dr Fauci added that if the spread was not stopped, eventually even the parts of the country doing well now would be affected.

"We slowed the spread, we flattened the curve, we saved lives," he said.

Pence also appeared to deny any link between states reopening and the increase in cases.

Responding to a reporter's question, he said the southern states that have reopened did so months ago, when new cases and rates were low.

Pence instead blamed much of the rise on positive test results from asymptomatic young people, adding that while they may be at lower risk of serious symptoms, they should "take countermeasures" and listen to state governors' advice. 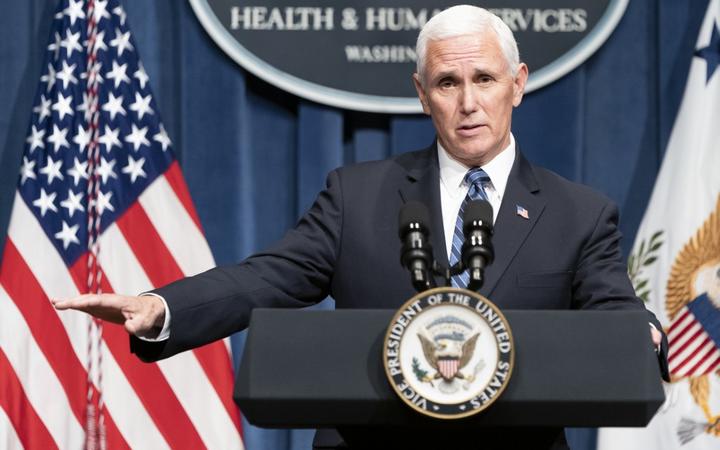 US Vice President Mike Pence is denying any link between states reopening and the increase in cases. Photo: AFP

Texas, which has been at the forefront of moves to end lockdown measures, has seen thousands of new cases, prompting Republican Governor Greg Abbott to call a temporary halt to its reopening yesterday.

He announced that he was closing bars, stopping river-rafting, and ordering restaurants to return to 50 percent capacity to try to stem the outbreak.

"It is clear that the rise in cases is largely driven by certain types of activities, including Texans congregating in bars," he said in a statement.

Texas confirmed a record 5996 new cases yesterday, while there were also 47 more deaths reported, the highest daily toll for a month.

Pence said the White House supported the measures taken by Texas, and called on people in the affected states to follow the official advice.

Dallas County Judge Clay Jenkins, a powerful voice in the Texas Democratic Party, described Abbott's handling of the pandemic as "a disaster."

"At the beginning of May, the governor said, 'Hold my beer and let me take over. No more requirements, everybody do what you want to do.' It has been a disaster," Jenkins told reporters. 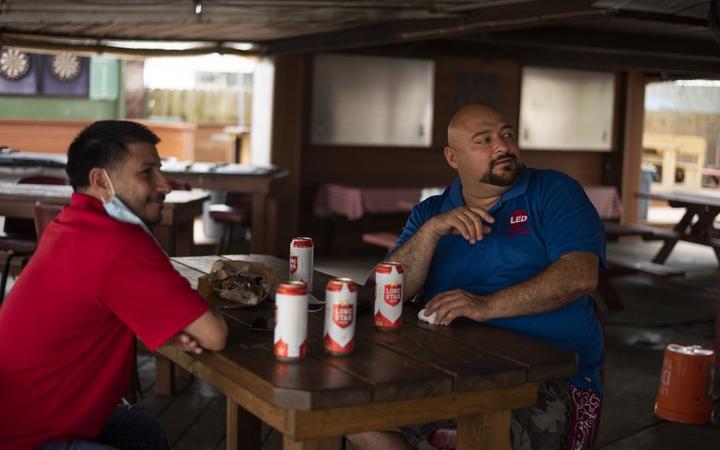 Two customers in a bar in Houston hours before it was due to be shut down. Photo: AFP

Florida broke its own daily record for new infections, reporting 8942 new cases. The previous record was 5508, reported on Thursday. The state now has a total of 122,960 recorded cases and 3366 deaths.

State officials announced that alcohol consumption was being suspended at bars across the state. However, it was not clear how the new measures would affect restaurants that served alcohol, the Miami Herald reported.

Earlier, Florida's governor said there was no plan to continue reopening step-by-step. "We are where we are. I didn't say we were going to go on to the next phase," Ron DeSantis told reporters. 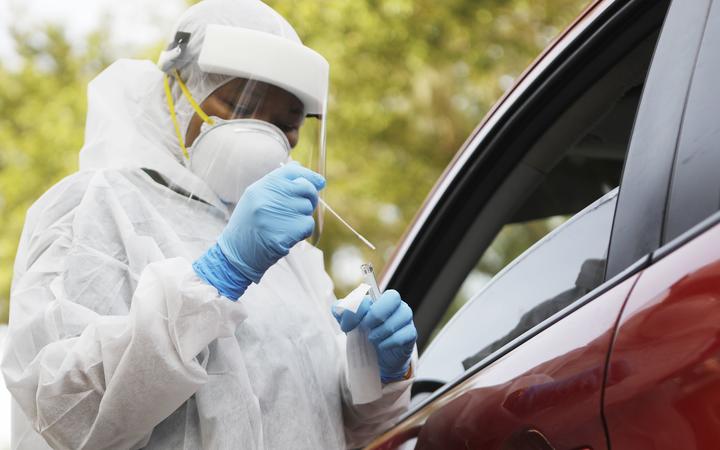 A healthcare worker carries out a coronavirus test on a patient in Florida, one of the states where case numbers are soaring. Photo: AFP

Arizona has emerged as another epicentre of the crisis. Disease trackers there say the state has "lost control of the epidemic", the Washington Post reports. Governor Doug Ducey, who had been giving businesses a "green light" to reopen, now says Arizona residents are "safer at home".

Other states, including Alabama, California, Idaho, Mississippi, Missouri, Nevada, Oklahoma, South Carolina and Wyoming, have all seen record daily increases in the number of confirmed cases this week.

Bar and restaurant owners in Texas and Florida were fuming after state officials abruptly slapped new restrictions on their businesses.

Owners warned the sudden reversals, just weeks after accelerated reopenings, will drive some out of business.

"You can't turn a bar into an UberEats," said Jeff Kaplan, co-owner of Houston's Axelrad Beer Garden. He said businesses could not stay afloat relying on the new rules that provide to-go sales but not alcohol consumption on the premises.

Houston restaurant owner Peter Mitchell said his revenue has been running a third of normal and fell further as virus cases soared in the region.

"It'll be a close call as to whether we stay open," he said.

Florida owners also complained that counties and cities in the state had inconsistent operating rules.

Gabriel Orta, whose company runs hotel food and beverage operations in Miami, said: "We don't have the leadership that we need when we go into a catastrophe."

Anthony Wegmann, who ran four bars and restaurants in Texas, closed two after a landlord would not grant a reprieve on rent. "There's no way a business can pay 100 percent of their bills on 25 perrcent of their revenue," he said.

Some are willing to accept the loss of business for the public good. "It was a little unexpected," said Sara Murray, manager of the Cheers Pub in Friendswood, Texas. "In the end we all have to do what we have to do to keep everyone safe.