As the number of new coronavirus cases surged in many areas of the United States, New York, New Jersey and Connecticut will require visitors from states with high infection rates to quarantine on arrival. 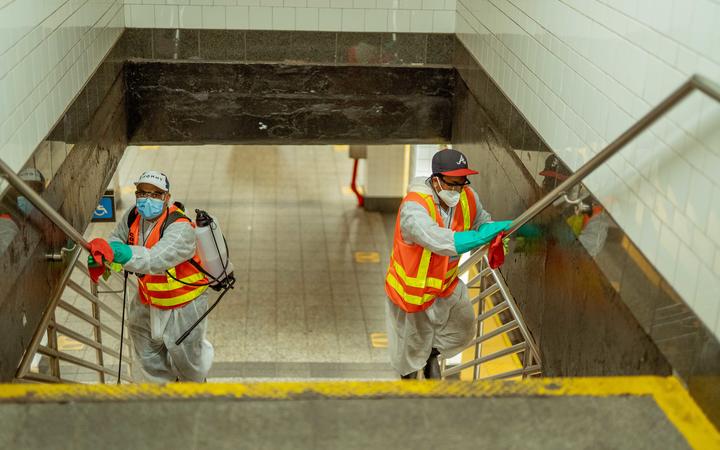 The announcement comes a day after the country recorded the second-largest increase in coronavirus cases since the health crisis began in early March. There were nearly 36,000 new infections nationwide on Tuesday, according to a Reuters tally.

"This is a smart thing to do," New Jersey Governor Phil Murphy said via video at a joint news conference in New York City. "We have taken our people, the three of us from these three states, through hell and back, and the last thing we need to do right now is subject our folks to another round."

While the United States appeared to have curbed the outbreak in May, leading many states to lift restrictions on social and economic activity, the virus is moving into rural areas and other places that it had not initially penetrated deeply.

The virus is also renewing its surge in states that opened up early to ease the devastating effect of the restrictions on local economies.

Florida, one of the first states to reopen, on Wednesday experienced a record increase of more than 5500 new cases. Oklahoma, which never ordered a statewide lockdown, posted record new cases on Wednesday, the sixth time it has shattered that record.

The surge in cases nationwide on Tuesday was the highest since a record of 36,426 new infections on 24 April.

The New York-New Jersey-Connecticut area has lowered its infection rate after locking down much of its economy.

Visitors found violating the new quarantine order in the three Northeast states could face fines of $1000 for a first violation and $5000 for repeat offences, Cuomo said.

The order will take effect from midnight. "So get on a flight quickly," he said.

The US Department of Justice has filed its support for a lawsuit challenging Hawaii's quarantine, saying visitors are being denied rights granted to most island residents.

While some of the increased numbers of cases can be attributed to more testing, the numbers do not correlate.

The percentage of positive tests is also rising.

At least four states are averaging double-digit rates of positive tests for the virus, such as Arizona at 20 percent. By contrast, New York has been reporting positive test rates of around 1 percent.

The European Union hopes to reopen borders from July but will review individual nations' Covid-19 situation fortnightly, according to diplomats and a document laying out criteria that could keep Americans and Russians out.