While swathes of Europe's population endure lockdown conditions in the face of the coronavirus outbreak, one country stands almost alone in allowing life to go on much closer to normal. 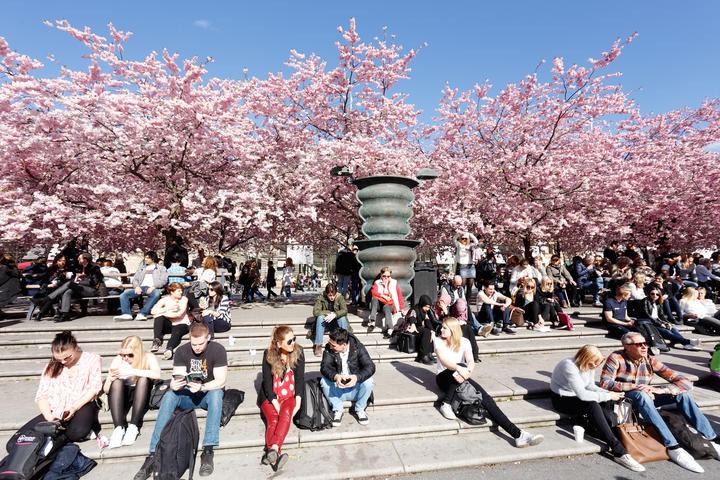 After a long winter, it's just become warm enough to sit outside in the Swedish capital and people are making the most of it.

Families are tucking into ice creams beneath a giant statue of the Viking God Thor in Mariatorget square. Young people are enjoying happy-hour bubbles from pavement seating further down the street.

Elsewhere in the city, nightclubs have been open this week, but gatherings for more than 50 people will be banned from Sunday.

Compare that to neighbouring Denmark, which has restricted meetings to 10 people, or the UK where you're no longer supposed to meet anyone outside your household.

'Each person has a heavy responsibility'

On the roads in Sweden, things are noticeably quieter than usual. Stockholm's public transport company SL says it saw passenger numbers fall by 50 per cent on subway and commuter trains last week.

Polls also suggest almost half of Stockholmers are remote working.

Stockholm Business Region, a state-funded company that supports the city's global business community, estimates those numbers rise to at least 90 per cent for people working in the capital's largest firms, thanks to a tech-savvy workforce and a business culture that has long promoted flexible and remote working practices.

"Every company that has the possibility to do this, they are doing it, and it works," says its CEO Staffan Ingvarsson.

His words cut to the heart of the government's strategy here: self-responsibility. Public health authorities and politicians are still hoping to slow down the spread of the virus without the need for draconian measures.

There are more guidelines than strict rules, with a focus on staying home if you're sick or elderly, washing your hands, and avoiding any non-essential travel, as well as working from home. 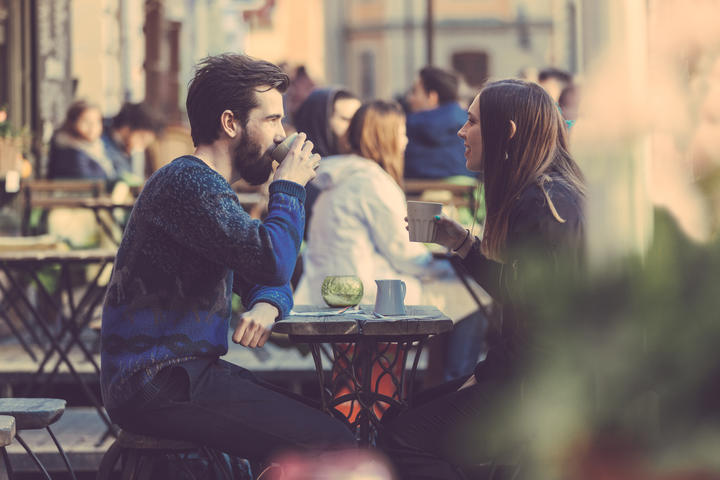 "We who are adults need to be exactly that: adults. Not spread panic or rumours," Prime Minister Stefan Löfven said in a televised address to the nation last weekend.

"No one is alone in this crisis, but each person has a heavy responsibility."

A majority of Swedes watched and approved of his speech, according to a nationwide survey for Novus, a major polling company.

Meanwhile, there is a high level of trust in public authorities in Sweden, which many believe is driving locals to adhere to voluntary guidelines.

Demography may also be a relevant factor in the country's approach. In contrast to the multi-generational homes in Mediterranean countries, more than half of Swedish households are made up of one person, which cuts the risk of the virus spreading within families.

But Swedes love the outdoors, and officials have said that keeping people physically and mentally healthy is another reason they're keen to avoid rules that would keep people cooped up at home.

"We have to combine looking at minimising the health effects of the virus outbreak and the economic impacts of this health crisis," says Andreas Hatzigeorgiou, CEO at the Stockholm Chamber of Commerce.

"The business community here really thinks that the Swedish government and the Swedish approach is more sensible than in many other countries." 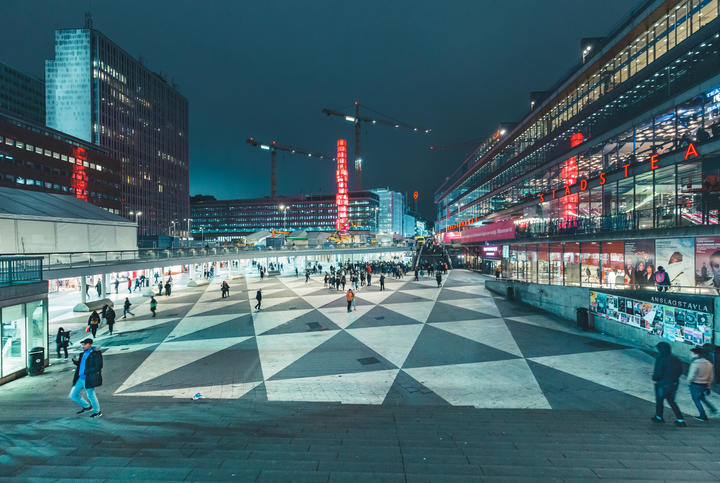 'History will be the judge'

As Swedes watch the rest of Europe grind to a halt, some are starting to question their country's unique approach.

"I think people are prone to listen to the recommendations, but in this kind of critical situation, I am not sure that it's enough," says Dr Emma Frans, an epidemiologist based at Swedish medical university The Karolinska Institute.

She's calling for "clearer instructions" for people on how they should interact in public places such as shops and gyms.

And while business is ticking over for some, others are struggling. Around the corner from Mariatorget's busy bars, popular hipster barber shop Honest Al's has seen customer numbers plummet, despite efforts to improve safety by staggering staffing and appointments.

"My wife is also having her own company, so we pretty much depend on ourselves. Business is bad. I still have bills to pay. We're gonna have to call the banks," says owner Al Mocika.

He's putting his money on Sweden switching tactics and imposing a lockdown, something officials haven't ruled out doing in the future.

Dr Emma Frans says history will be the judge of which politicians and scientists around Europe have made the best calls so far.

"Nobody really knows what measurements will be the most effective," she says. "I'm quite glad that I'm not the one making these decisions".