An elderly woman is dead and four other people are injured after being attacked by three dogs on the loose at a New South Wales South Coast beach. 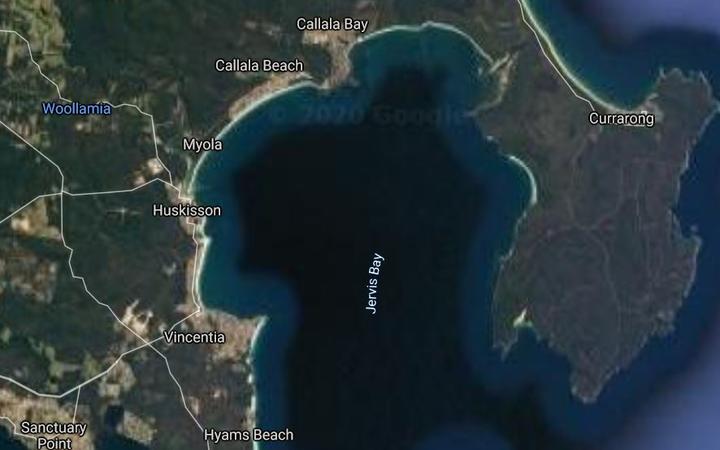 The victims were on Collingwood Beach in Vincentia when they were set upon by the dogs, which did not belong to them, about 7am.

Five people sustained lacerations and bite marks in the attack, and a 91-year-old woman died at the scene after sustaining serious injuries.

One of the people injured, Pete, who asked only to be referred to by his first name, said he was awoken by the dogs running riot on the beach.

"We were woken this morning by some screams in front of the house, along the beach," he said.

"I raced down and by that time there was one paramedic there and some older people that were quite distressed.

"I could see then that there were dogs attacking so I sort of walked further up the beach and at that point the dogs turned around and sort of had a go at me.

"It's really unfortunate that lady has to end her life that way at 91."

Pete and three women were taken to Shoalhaven District Hospital in a serious but stable condition.

The 91-year-old woman's 71-year-old daughter was among those injured.

All three dogs, which police said were cross bullmastiffs, have been seized by Shoalhaven Council Rangers.

A crime scene has been set up on the 2.2km beach, which is located near Jervis Bay and usually flooded with visitors attracted to its white sand.

Faye Stockwell of NSW Ambulance said the paramedics who were first on scene found "multiple victims in multiple locations" on the beach.

Witnesses to the attack assisted in protecting emergency services from the dogs as they worked to treat each patient.

She said paramedics were forced to ensure their own safety before they could start treating the victims.

"There was one woman who, despite our efforts, we were unable to assist any further," she said.

"It was horrific. It was very sad for all of us," she said.

"We worked together to ensure the best care was given and the main thing now is to be able to support our paramedics."

"I'll take this opportunity to acknowledge the bravery and the good work by witnesses and the emergency services at the scene that worked to contain the dogs and support the injured at that location," he said.

He said arrangements were being made to have all three dogs euthanised in the wake of the attack.

"One aspect of the investigation we are looking at is how these animals managed to be out of their premises," he said.

"I take this opportunity to remind all dog owners that you certainly need to be making sure that your animals are secured, particularly dogs of all vicious breeds."

In NSW, individuals can face fines in the tens of thousands of dollars if their dog attacks a person or animal, and may face jail time.