The coronavirus outbreak has now reached the level of a pandemic, World Health Organisation chief Tedros Adhanom Ghebreyesus has declared. 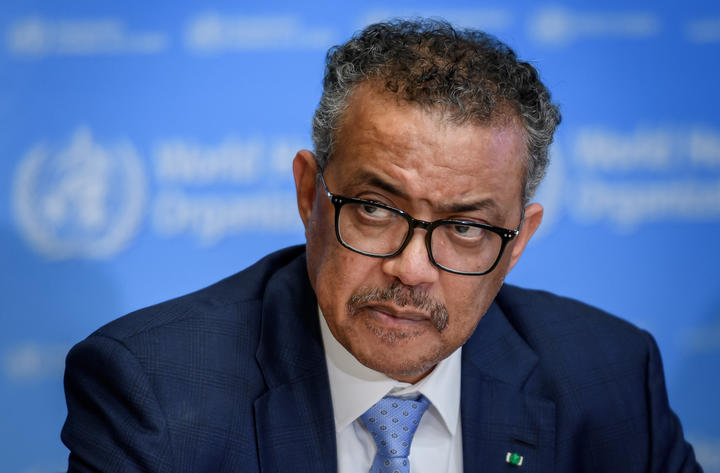 Tedros Adhanom Ghebreyesus, who heads the UN agency, said the WHO is "deeply concerned by the alarming levels of spread and severity" of the outbreak.

He also expressed concern about "the alarming levels of inaction".

"We have, therefore, made the assessment that Covid-19 can be characterised as a pandemic," he said at a briefing in Geneva.

WHO executive director Dr Mike Ryan said the use of word "pandemic" was a description of the situation and "does not change what we do".

Ryan also told a news conference the situation in Iran was "very serious" and the agency would like to see more surveillance and more care for the sick.

What does use of 'pandemic' description mean?

The WHO declared a public health emergency of international concern, its "highest level of alarm", on 30 January when there were fewer than 100 cases of Covid-19 outside China and eight cases of human-to-human transmission of the disease.

Now there are more than 118,000 cases in 114 countries and 4291 people have died, Tedros said, with the numbers expected to climb.

The WHO no longer has a category for declaring a pandemic, except for influenza.

WHO officials have signalled for weeks that they may use the word "pandemic" as a descriptive term but stressed that it does not carry legal significance. The novel coronavirus is not the flu.

Under its previous system, the Geneva-based agency declared the 2009 H1N1 swine flu outbreak a pandemic. It turned out to be mild, leading to some criticism after pharmaceutical companies rushed development of vaccines and drugs.

Ryan said the experience with influenza led many people to the false conclusion that a pandemic is uncontrollable once it starts.

The experience of South Korea, Singapore, and China in combating the new virus showed this was not true, he said.

"We have observation that tells us that there is a strong element of controllability in this disease," he told the news conference.

Health Minister David Clark said the New Zealand government had already put its pandemic plan into action and the WHO announcement did not change anything at the moment.

"The Director-General [of Health Ashley Bloomfield] has been saying for some time that we have a pandemic in all but name and we have been operating off our pandemic plan since early January," Clark said.

"I guess what [the WHO announcement] does do is draw attention to the need for people to take this seriously."

Having strict self-isolation periods for people that come into contact with those infected, or who come from risk areas, and actions such as washing hands, were all "incredibly important. I think that's what Dr Tedros was trying to highlight when he made that announcement."

There was still no community outbreak in New Zealand so there was no need to cancel mass gatherings. "We're reviewing the evidence on a daily basis but at this stage the advice to us is that we don't have any community outbreak here and therefore people will be safe to go to those large gatherings."

Clark said the number of confirmed cases in New Zealand remained at five.

Public Health professor Michael Baker has been calling for Covid-19 to be labelled a pandemic for some time now and told Morning Report that, while he agrees with the description, it doesn't change anything.

"The key declaration was actually on the 30th of January when it was declared a public health emergency of international concern, because that actually means something in law," Prof Baker said.

"This virus has been on this pandemic trajectory for over a month and I agree with the minister [Clark] that it's another reminder to take it seriously."

Prof Baker said no one alive has experienced a pandemic at this level.

"You have to go back to 1918 [Spanish flu]. It's not as severe as that, but it's going to cause a huge amount of death and misery globally."

He said we need to prepare ourselves for the possibility the virus could sweep across New Zealand, but avoid panic.

"The most remarkable event in the last two or three weeks has been the observation that it's controllable, we can contain this pandemic. That's been shown in China, initially, but also now in Singapore, Taiwan, and Hong Kong.

"New Zealand is really in a great position to learn from that science and put maximum effort into containment."

"We're just not used to this kind of scale of events."

He said it's not yet necessary to ban large gatherings, but it could be introduced if community transmission occurs.

Up to 70 percent of Germany could contract virus - Merkel

Chancellor Angela Merkel has warned that up 70 percent of Germany's population - 58 million people - could contract the coronavirus.

Germany confirmed its third coronavirus-related death on Wednesday. It has so far reported 1296 cases of the virus, according to figures released by the Robert Koch Institute (RKI) for disease control late on Tuesday.

The RKI says the virus poses a "moderate" risk to the German public. Lothar Wieler, the president of the RKI, said the body did not believe there was a significant number of undetected cases in the country.

Merkel said since there was no known cure, the focus would fall on slowing the spread of the virus. "It's about winning time," she explained.

Her remarks came as Italy entered its second day of a national lockdown.

The coronavirus-related death toll rose to 827 - an increase of 31 percent in a day - and the number of confirmed cases reached 12,462, confirming Italy as the second worst-affected country in the world after China.

Prime Minister Giuseppe Conte said the government would allocate 25 billion euros to help mitigate the impact on the fragile economy. Only a week ago, he estimated it would need just 7.5 billion euros.

After an initial lockdown in the north failed to prevent the spread, the government on Monday banned all non-essential travel and public gatherings throughout Italy until 3 April, halted all sports events and extended a shutdown of schools.

The measures did not go as far as stopping trains and public transport, as China did in the coronavirus epicentre of Wuhan, but regional chiefs in the north of Italy urged the government to follow China's lead and block most day-to-day activities.

New Zealand has extended travel restrictions to anyone coming to New Zealand from Italy. Prime Minister Jacinda Ardern said on Wednesday travellers from any region in Italy would be required to self-isolate for 14 days. 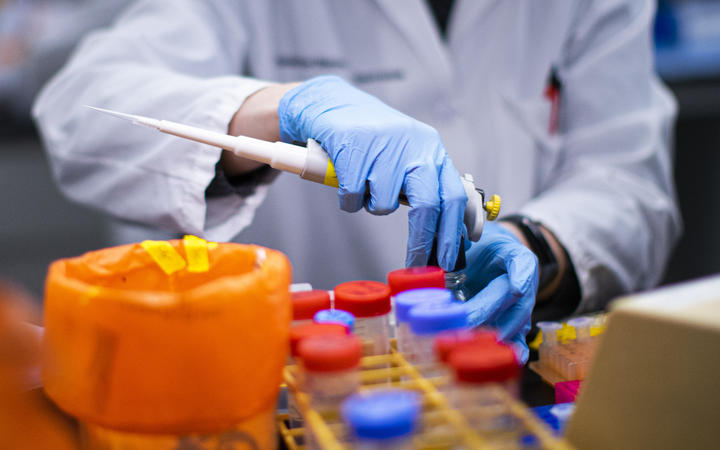 In the United States, New York's governor announced that troops would be sent into New Rochelle, a town north of the city, in an attempt to contain an outbreak of the virus, as the total number of US cases passed 1000 on Wednesday.

A 1.6km containment zone was in force around New Rochelle and all those inside are quarantined.

Music festivals and other major events in the US, including Coachella in California, have been cancelled or postponed.