The Covid-19 coronavirus outbreak has led to travel restrictions being extended to all travellers coming to New Zealand from Italy. 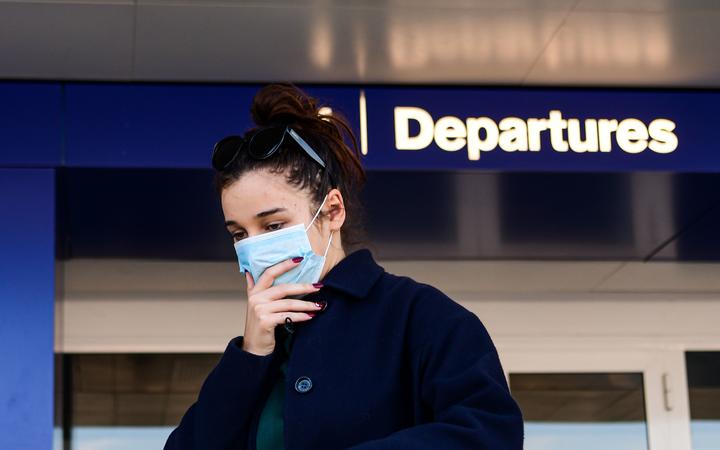 A passenger wearing a protective face mask in Linate Airport in Milan. Photo: AFP or licensors

Prime Minister Jacinda Ardern said travellers coming from any part of Italy would be required to self-isolate for 14 days if coming to New Zealand.

She said a decision had been made not to enact a full ban on travellers because the self isolation option offered more flexibility and was working well for New Zealand.

"That has essentially turned travel from South Korea, for example, into a trickle. It has effectively had the same effect as an entire border exclusion.

"It gives us a bit of flexibility to put in separate states and regions, where entire border restrictions don't give us that flexibility," she said.

Ardern said she expected it would have the same effect of putting travellers from Italy off coming here.

"My expectation now is that those who may have been considering travelling to New Zealand for holidays will be reconsidering that travel, not least because it means they will be confined to one space for a period of 14 days if they choose to do so," Ardern said.

She said the decision had been made after consulting health and science advisers.

New Zealand also requires anyone coming from other Covid-19 hotspots to quarantine themselves for two weeks - but has not closed its borders to them.

Earlier today Australia closed its doors to people arriving from Italy, because of the coronavirus outbreak there - the worst outside China.

The decision to add Italy to the list is a reversal from last week, when Australia added extra screening for passengers from Italy but stopped short of a travel ban.

Since then, though, the situation in Italy has worsened, with more than 10,000 confirmed cases of Covid-19, more than 630 deaths, and the whole country being placed under restrictions - restricting the movements of more than 60 million people.

Italy's outbreak is now the largest outside mainland China.

Australian citizens and permanent residents will only be allowed in from Italy if they isolate themselves after arrival.

National leader Simon Bridges had been urging the government to enforce the same restrictions as Australia.