A plague causing Italian farmers to walk away from their land is a real risk for New Zealand, and MPI are asking New Zealanders to watch out for the stink bugs. 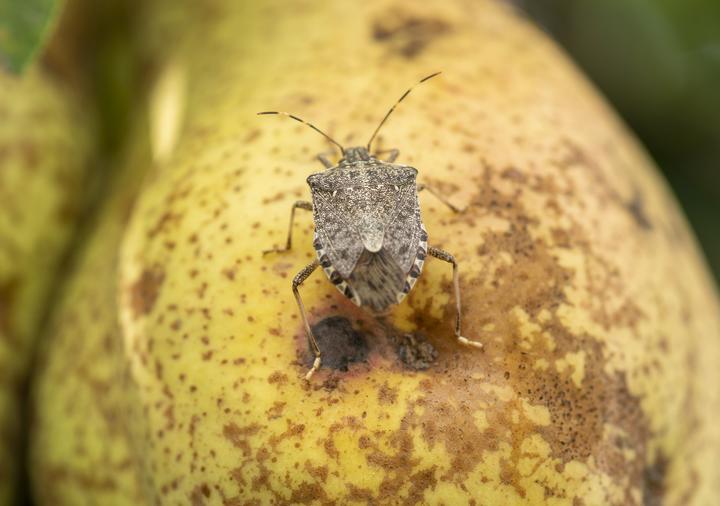 New Zealand is on red alert for an invasion of brown marmorated stink bugs - considered one of the country's greatest biosecurity risks - after farmers across Europe report record crop devastation.

New Zealand scientists have been working alongside Italian colleagues to help develop new ways to monitor and control the bugs, which can devastate crops.

Italy has been hit particularly hard during its summer season, with damage to fruit crops including apples, pears, kiwifruit, grapes and stonefruit of over NZ$674 million (€400 million), leading some farmers to consider walking off their land for good.

Biosecurity spokeswoman for the Ministry for Primary Industries, Dr Catherine Duthie, said this system works in the stinkbug's favour, as they can easily move from crop to crop.

"There tends to be mixed cropping systems where you might have kiwifruit in one field and then pears in another. So that provides a really good opportunity for bugs to move around and feed on their preferred fruit."

The brown marmorated stink bug originates from Asia, where its numbers are kept in check by predators such as the samurai wasp, which lays its eggs inside the eggs of the stinkbug.

About the same size as an ant, and with none of the annoying habits of the common wasps that dominate our summer, the samurai wasp has been approved for release in New Zealand as a biological control agent, if a stinkbug invasion should occur.

In her laboratory in Reggio Emillia, in the north of Italy, Dr Lara Maistrello is breeding Italy's native relative of the samurai wasp, to see how well it does in the fight against the brown marmorated stinkbug.

Italy's biosecurity laws allow no path for releasing an imported biological control like the samurai wasp, but desperate farmers are calling for those law to be changed. Dr Maistrello said the growth in the stinkbug population, first detected in Italy in 2008, has been frighteningly fast. 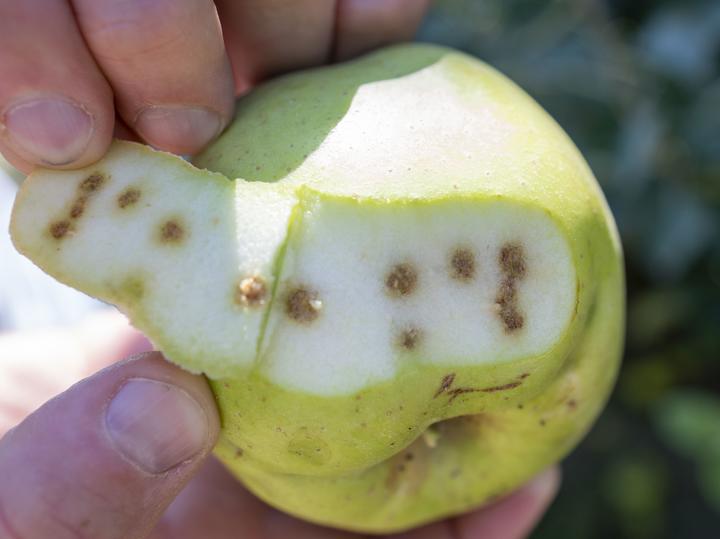 Viller Malavasi, a pear farmer in Italy, said the invasion this year had rendered almost his entire crop unsellable.

Malavasi's pear crop this year was almost a total write-off. The pears on the trees have been left gnarled and deformed, the fruit growth stunted after bugs fed on the crops when they were young. "They look like monsters," he said.

To make matters worse, Malavasi must still pay for the unsellable crop to be harvested, as leaving it to rot on the trees would only cause further problems. The problems had pushed him to his limits, he said.

"Until 2017 the damage was okay, pretty much, but since 2018 the damage is so high we cannot keep up with the cost of production. It's almost impossible to survive, we are seriously thinking about giving it up."

In Trentino, further North in Italy, New Zealand Plant & Food Research scientist Dr Max Suckling has been working on a range of possible controls against the bug, including new traps and other biological controls.

The stinkbug is a "superpest" because of the scale of damage. One bug can become 125 bugs in just a year, he said. The bugs are also very good at spreading across a country. 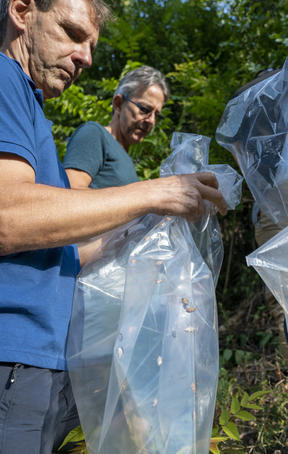 "It's a hitchhiker, it spreads very, very quickly. In a region like this, where you can hear the trains and you can see the cars and the trucks, just moving things around, the bugs are hopping on and hopping off.

"The same thing will happen in New Zealand, it will move through the country quickly. Because it's human-assisted. And if it's a female, and she's able to lay eggs, she'll establish a new population very, very quickly," Dr Suckling said.

With Italy now in winter, the stinkbugs there are in over-wintering mode, a state of hibernation where they seek refuge inside houses or commerical buildings by the thousands, causing anguish to homeowners and business operators inundated by the pests.

This is also how the bugs pose the greatest risk of reaching New Zealand - in 2018, a box of shoes purchased from Italy on eBay arrived containing 26 live stinkbugs.

Imports from the bugs' home countries in Asia are also a threat.

"They might hide out in a used car or a new car that then gets shipped to New Zealand," Dr Duthie said.

"They hide in places like within the door panels and right within the seats, places that we can't visually find them. When they come to New Zealand, the daylight cues, the length of the day tells them, 'Hey, it's summertime. It's time to get out there and feed and reproduce.'"

MPI is asking people to be on the lookout for the bugs, and report any possible sighting to its hotline on 0800 80 99 66.