The search for intelligent life elsewhere in the universe needs to be taken more seriously, says the head a US astronomy observatory. 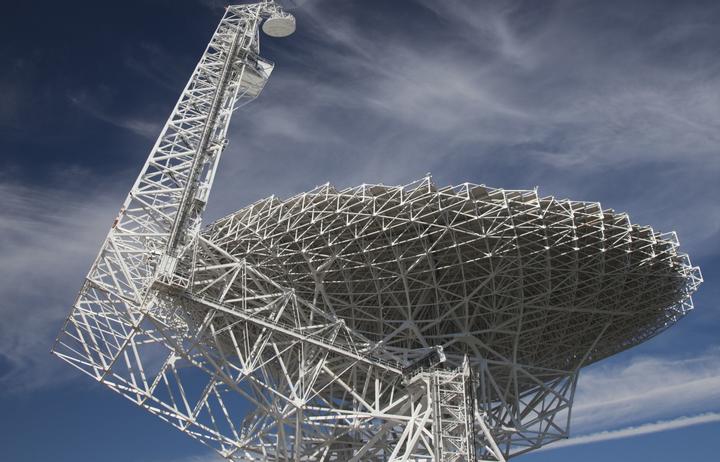 The Green Bank Telescope at the US National Radio Astronomy Observatory in Virginia. Photo: AFP

Dr Anthony Beasley said there should be greater government support for a field that has been shunned by government research funders for decades.

His backing for the search for extra-terrestrial intelligence (Seti) marks a sea change in attitudes to a field regarded until recently as fringe science.

Beasley made his comments at the American Association for the Advancement of Science meeting in Seattle.

The director of the US National Radio Astronomy Observatory in Charlottesville in Virginia said it was now "time for Seti to come in from the cold and be properly integrated to all other areas of astronomy".

Beasley's comments come as one of the private sector funders of Seti research announced that the Very Large Array (VLA) observatory in New Mexico would be joining the effort to detect signs of intelligent life on other worlds.

The VLA is a multi-antenna observatory and home to what is regarded as one of the best-equipped telescopes in the world.

According to Dr Andrew Siemion, leader of the Breakthrough Listen science team at the University of California, Berkeley's Seti Research Centre, the incorporation of the VLA would increase the chances of finding intelligent life by "10 or even 100-fold".

"We are now set for the most comprehensive all-sky survey [for extra-terrestrial intelligence] that has ever been accomplished," he said.

Equally important, according to Siemion, is the credibility that the VLA's involvement brings to the field.

"We would like to see Seti transformed from a small cabal of scientists and engineers in California, isolated from academia, to one that is as much an integral part of astronomy and astrophysics as any other field of inquiry."

Breakthrough Listen is a privately funded project to search for intelligent extra-terrestrial communications throughout the universe. The 10-year project began in 2016, funded by the billionaire Yuri Milner to the tune of $100m (£77m). 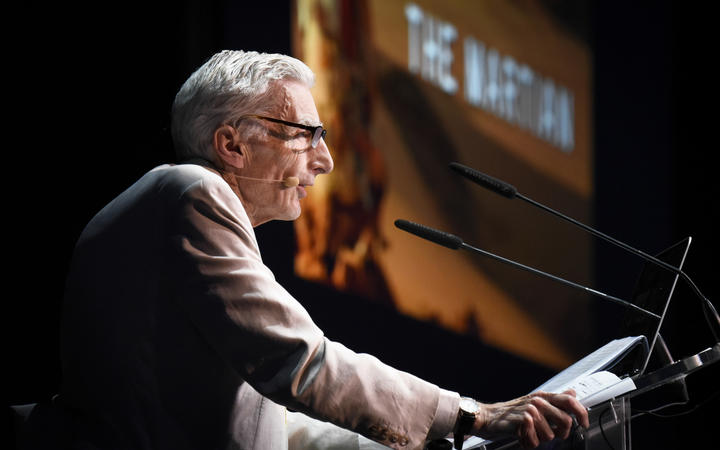 The UK's Astronomer Royal, Professor Lord Rees, is the chair of the organisation's international advisory group. He said given that the multi-billion pound Large Hadron Collider had not yet achieved its aim of finding sub-atomic particles beyond the current theory of physics, governments should consider modest funding of a few million pounds for Seti.

"I'd feel far more confident arguing the case for Seti than for a particle accelerator," he said.

"Seti searches are surely worthwhile, despite the heavy odds against success, because the stakes are so high".

Nasa once funded the search for extra-terrestrial intelligence to the tune of $10m a year. But the funding was scrapped in 1993 following the introduction of legislation by Senator Richard Bryan, who believed it to be a waste of money.

"This hopefully will be the end to the Martian hunting season at the taxpayer's expense," he said at the time.

There has been no significant public funding for Seti in the US or anywhere else in the world since, although so-called astrobiology searches for evidence of simple organisms from the chemical signatures in the atmosphere's of other worlds receives increasing backing.

At the time, the first few planets orbiting distant stars were discovered, but it was not known if this was the norm. We now know that it is - nearly 4,000 have been discovered to date.

It is this development, according to Siemion, that has persuaded many respected scientists that the search for intelligent life on other worlds should be taken more seriously.

"Ever since human beings have looked up at the night sky [they have] wondered 'is there anyone out there?' We now have the capacity to answer that question, and perhaps to make a discovery that would rank as the most profound scientific discoveries in the history of humanity".