Overweight, middle-aged men who smoke are the most likely to snore, a new study has found. 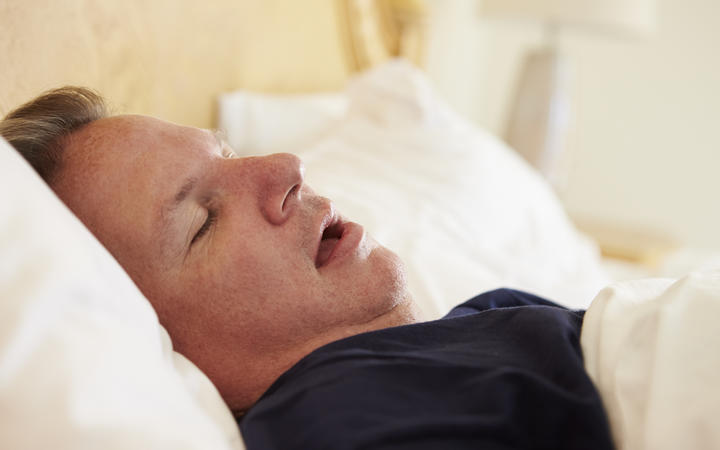 The study by QIMR Berghofer Medical Research Institute in Brisbane, Australia, discovered 173 genes linked to snoring, which affects one in three people.

QIMR Berghofer PhD candidate Adrian Campos said the study confirmed snoring was more prevalent among men than women and the likelihood of snoring increased with age and body mass index.

"We also found that smoking and alcohol consumption both increased the risk for snoring in men and women," Campos said.

Study leader Miguel Renteria said it was the largest population-wide study of the genetics of snoring.

The researchers compared differences in the DNA profiles of about 150,000 snorers to the genetic information of more than 250,000 non-snorers to discover the genes associated with snoring, Renteria said.

"We also looked at the effects of body mass index, smoking, and alcohol consumption on the likelihood of someone being a snorer, and conducted a genome-wide association study to identify specific parts of the human genome that harbour genes that increase the risk of snoring.

"We then used that information to develop genetic risk scores for the predisposition to snore in a group of 8,000 Australian adults, and were able to identify those at high-risk and those at low-risk, based on their genes."

Many of the genes associated with snoring had previously been linked to respiratory, cardio-metabolic, neurological and psychiatric traits, he said.

Sleep apnoea reduced airflow, which caused intermittent dips in the amount of oxygen in the blood and disturbed sleep,

said the Australian Institute of Health and Welfare.

It can lead to health problems such as pulmonary hypertension, diabetes and heart disease.

Doctors often failed to diagnose sleep apnoea, but loud snoring was one of its most important symptoms, Renteria said.

The researchers plan to use genetic data to further examine the relationship between snoring and sleep apnoea.