Fifteen children have died in Haiti after a fire swept through an orphanage on the outskirts of the capital. 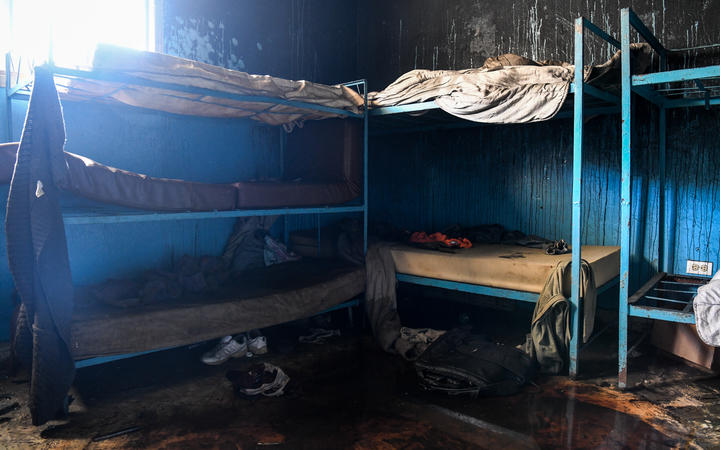 The Orphanage of the Church of Bible Understanding in Haiti where a fire killed 15 children. Photo: AFP

The cause of the fire was being investigated, but reports citing staff and children said candles were being used instead of electricity.

The orphanage, run by a US-based Christian group, was one of hundreds in Haiti operating without official authorisation.

Authorities are now working to support and re-house the surviving children.

Arielle Jeanty Villedrouin, director of the Institute for Social Welfare, said that, at the time of the fire, about 60 children were living in the unlicensed orphanage, operated by the Pennsylvania-based Church of Bible Understanding.

"We are going to place them [the survivors] in a transit centre while we do research on their family and see if we can reunite them with their parents," she told Reuters news agency. 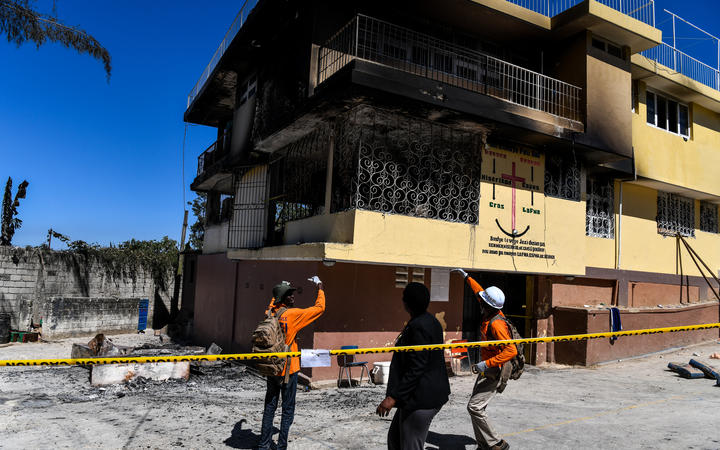 Firefighters talk to a judge outside the burnt orphanage in Haiti. Photo: AFP

The fire at the orphanage, located south of the capital Port-au-Prince, began on Thursday evening. Officials said two children were killed in the blaze and 13 others died in hospital as a result of smoke inhalation.

Candles had been lit on the night of the fire because the building's generator was broken, according to reports.

Local judge Raymonde Jean Antoine told AFP news agency the orphanage had not been authorised to operate since 2013.

She said it did not meet basic standards, describing the living conditions there as "truly, truly neglected".

"All we see are children living like animals," she said, adding that there were no fire extinguishers.

On its website, the Church of Bible Understanding says it opened its first orphanage in Haiti 40 years ago. The organisation said its "primary goal" was to "spread the Gospel to any and all who will receive it".

It has not yet commented on the fire.

Some 30,000 children live in more than 760 orphanages in Haiti, of which 15 percent are officially registered, according to the charity Lumos, which was founded by author JK Rowling and seeks to end the institutionalisation of children.

An estimated 80 percent of the children living in Haiti's orphanages have at least one living parent.

Orphanages proliferated in Haiti after the 2010 earthquake. Poverty and a lack of access to healthcare and education are among the reasons that children with living parents end up being housed in them.