There is a renewed plea for the government to introduce a strict monitoring regime for all children under five years old in New Zealand in the wake of a four-year-old Flaxmere boy being brutally beaten two weeks ago.

The recommendation was originally made by Coroner Wallace Bain following the brutal murder of Rotorua toddler Nia Glassie who suffered appalling abuse including being spun in a clothes dryer.

Judge Bain repeated the recommendation for compulsory registration and monitoring of children up to the age of five including scheduled and unscheduled home visits in his report into the death Moko Rangitoheriri, another toddler brutally abused and tortured. 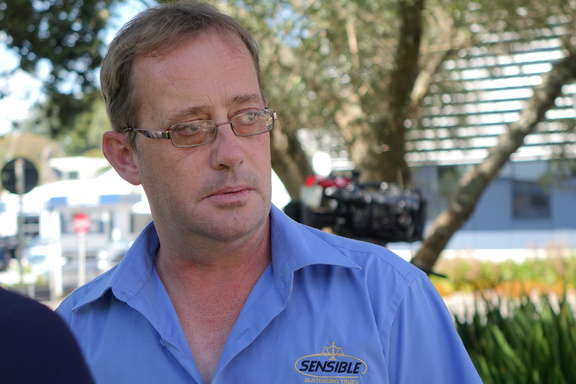 Scott Guthrie who is the chief executive of Transforming Justice, a foundation focused on rehabilitation and fairness for victims, said not many of the coroner's recommendations have been implemented or followed and successive governments have failed to act.

The recommendations would have saved a lot of children's lives, Guthrie said.

He said all children need to be registered with government agencies from birth, so that under five year olds could be seen on a two to three monthly basis on a doctor's premises or in their homes.

"Wallace Bain referred to entering a private house more specifically because then we could see the environment that these children are living in and knowing that they're living in a safe and healthy environment."

Judge Bain's report also recommended compulsory state intervention and monitoring oversight of care of children in a range of situations including for a single parent family which had come to the attention of Child Youth and Family, a single parent who was working full-time and had placed their child in the care of others and whenever there had been domestic or child violence arising in that household, Guthrie said.

Guthrie said the report's recommendations were not draconian and it is necessary to focus on the family and lifestyles that were coming to the attention of authorities.

He said they were not trying to stigmatise sole parent families, but the history of child abuse in this country indicates that many of worst cases such as James Whakaruru, Lillybing and Nia Glassie, come from dysfunctional single parent families.

Regular Plunket visits would be one way of providing oversight, he said.

"If we had Plunket going into houses from birth right up to the age of five and ... seeing the kiddies at home, having a cup of tea with mum and a chat, what's the stress level in the home? Is everything all good in the home? We would see a lot less harm in our community to children and I'm talking about two parent families, I'm talking about every child that's born in this country.

"Why can't we have a system where qualified people go in ... talk to the kids, what's going on here? Everything's all good? And out the door we go - pretty common sense."

He said the themes for child abuse are common; the victims tend to be very young and in families with abject poverty and where there is drug and alcohol abuse.

Guthrie said alcohol is often at the bottom of child abuse and it is absurdly cheap in New Zealand.

There has been no fall in deaths of children, he said.

"So clearly the government's strategies for drug and alcohol abuse and monitoring children are not working, start listening to the professionals and their suggestions that they want to put forward."

Guthrie said a child is killed in New Zealand every five weeks and "we can't stay silent, someone has got to be held accountable and we've got to change things".