Three-year-old Moko Rangitoheriri was subjected to a prolonged and painful death by the very people who were meant to care for him. 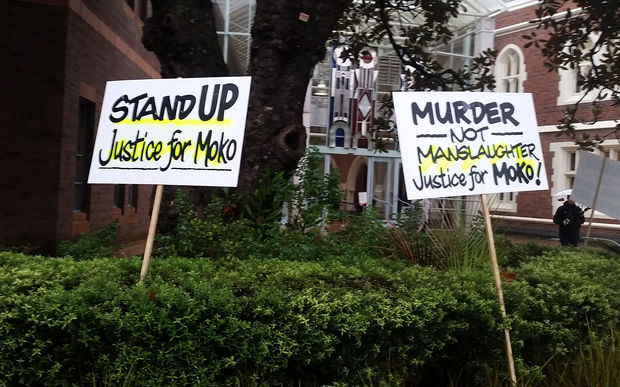 A coroner has concluded that Oranga Tamariki's predecessor Child Youth and Family, a DHB and three community organisations were blind to the warning signs and failed to ask key questions in the weeks before.

Coroner Wallace Bain sighted an example - on 30 July, 2015 Oranga Tamariki filed a report of concern that had urgent status and that meant Moko and his sister should have been visited within the week.

That never happened and 10 days later Moko was dead. 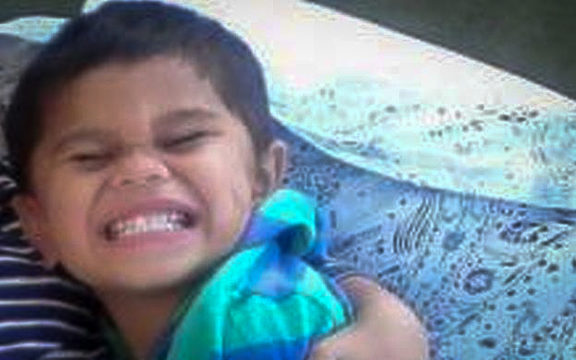 Nicola Dally-Paki put her son Moko and his sister in the care of friend Tania Shailer in Taupō while she travelled up to Auckland to be with another of her children who was in Starship Hospital.

Over the next two months Moko was kicked, slapped, bitten, thrown and stomped on.

When he began soiling himself, he had faeces rubbed in his face as punishment and died of a ruptured bowel and a head injury.

But Dr Bain said a number of red flags were there.

That's backed up by lawyer, Arama Ngapo-Lipscombe, who represented Ms Dally-Paki at the inquest.

"There were policies in place that were ignored by the professionals working in the organisation."

Concerns from the local kindergarten weren't followed up on.

Shailer's depression and mental health was escalating and she cancelled an appointment with a psychiatrist - Dr Bain said that was another red flag.

Family Start social workers visited the home 10 days before Moko's death but didn't see the three year-old because they were told he was having time-out in the bedroom.

Māori Women's Refuge and Oranga Tamariki were also providing services but had no idea David Haerewa was living in the house. He had a history of family violence.

Moko's grandmother also raised concerns with Oranga Tamariki but she was ignored.

The Coroner found Moko could have been saved, had he been seen by medical staff hours before his death.

Children's Commissioner Andrew Becroft summed it up when he told the Coroner: "There were sufficient eyes and ears on Moko's circumstances and care at various stages, yet their eyes did not properly see and the ears did not clearly hear."

The various organisations, including Oranga Tamariki, failed to trigger any real or proper investigation into Moko's well-being.

"Oranga Tamariki has driven a number of changes since the tragic deaths of both Nia and Moko and ... we're sharing information and working alongside iwi and Māori in ways that haven't happened before and one of our key areas of focus is linking with with government and other community organisations to improve our services."

Asked if the changes made would ensure a tragedy like Moko's death would not happen again, Ms Sandland did not respond directly to the question.

"We continue to look for ways that we can improve our practices ... and working with children and families. It's about the voices of the children and we need to have the voices of children heard very loudly amongst Oranga Tamariki and other agencies and communities that we work with."

"Yes I believe that Nicola is entitled to an apology from the ministry for their failure to act on their own policies."

"The sympathy that we feel for Moko and the family is heartfelt and I don't ... his death has affected everyone and it must be a very difficult situation for the family and we have to be better, Oranga Tamariki has driven a number of changes and we have to get better everyday."

Recommendations from the Coroner include a compulsory register that would see all children monitored by a government agency.

"It would be training in warning signs, what might be called red flags, and encouragement about how to and when to share information with other groups. So all those, I think, would be part of a core-competency framework. It's there, it's ready to go, it's got to be finalised, it's got to be rolled out and rolled out fast."

He said it would be wrong to lay the blame solely at the feet of Oranga Tamariki.

"Lurking behind it all is the fact that too many of our families are struggling in conditions of real material disadvantage and income related poverty.

"Now, I'm not saying that is causative because there are many, if not most families in that situation, who provide loving stable homes and work their way through those tough times but it is certainly and unarguably a risk factor."

Judge Becroft said changes at Oranga Tamariki would take between three to five years to bed-in but the organisation was now child-focused.

"We can't let the opportunity go, there's too much been invested in it and our 1.2 million children deserve the absolute best...This is not an optional exercise, It's non-negotiable that we succeed."

On average a child is killed every five weeks and most are under five - 90 percent of them are killed by someone they know.

The coroner said child abuse has to stop - whatever the cost, whatever it takes.