US President Donald Trump says he has "the legal right" to interfere in criminal cases, capping a tumultuous week that raised questions about whether he is eroding the independence of the US legal system. 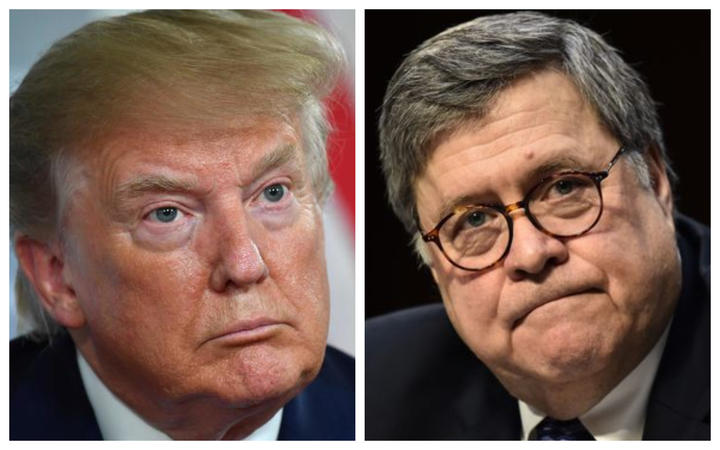 It is rare for Attorney General William Barr, right, to criticise his boss, President Donald Trump, however, it is reported that Barr retains the president's confidence. Photo: AFP

Trump's criticism of the judge, jury and prosecutors in the criminal case of his longtime adviser Roger Stone prompted an unusual rebuke from Attorney General William Barr, his top law enforcement official and has spurred new demands for investigation from the Democrats who unsuccessfully tried to remove the Republican president from office.

Prosecutors had recommended Stone serve a stiff sentence, but Trump tweeted that was unfair.

It is the latest in a string of aggressive actions by Trump since the Republican-controlled Senate acquitted him of impeachment charges last week.

Trump has transferred or fired government officials who testified about his efforts to pressure Ukraine to investigate a potential political rival in November's presidential election.

He also dropped his nomination of former US Attorney Jessie Liu, who oversaw the Stone case, for another government post in the Treasury Department.

Sources close to the president said Trump has a greater sense of freedom in the wake of his Senate acquittal.

"You have to remember, he's not 'of' government. He gets frustrated when people tell him something can't get done. He's like: 'Just get it done,'" said one administration official who spoke on condition of anonymity.

Barr on Thursday said Trump's posts on Twitter made it "impossible" for him to do his job leading the Justice Department, telling ABC News in an interview: "It's time to stop the tweeting."

Trump "has never asked me to do anything in a criminal case", Barr added.

The president responded on Friday morning. "This doesn't mean that I do not have, as President, the legal right to do so, I do, but I have so far chosen not to!" he wrote on Twitter.

“The President has never asked me to do anything in a criminal case.” A.G. Barr This doesn’t mean that I do not have, as President, the legal right to do so, I do, but I have so far chosen not to!

The White House earlier said Trump was not bothered by Barr's remarks and that the president remained confident in the attorney general.

But Trump's insistence that he has the right to interfere in criminal cases runs counter to the practice of previous US presidents, who have generally kept an arms-length distance from the Justice Department since the Watergate scandal of the 1970s.

Barr previously one of Trump's most loyal supporters

Despite Barr's high-profile rebuke, the attorney general has been an outspoken defender of the president and has aggressively sought to implement his agenda, frequently drawing charges from Democrats and former Justice Department officials that he is politicising the rule of law.

The Justice Department on Tuesday asked for a lighter sentence for Stone, scaling back prosecutors' initial request that he serve 7 to 9 years after being found guilty of lying to Congress, obstruction and witness tampering. That prompted all four prosecutors to resign from the case in apparent protest. 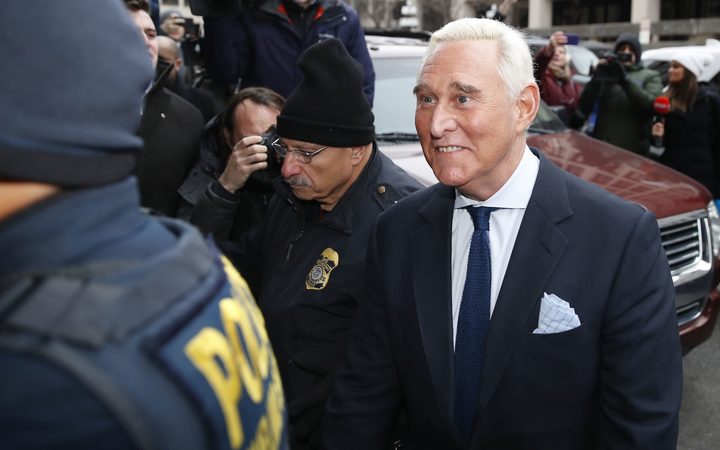 Donald Trump's former adviser Roger Stone is due to be sentenced next week after being found guilty of lying to Congress, obstruction and witness tampering. Photo: AP Photo/Alex Brandon

Barr has also ordered an investigation into the Obama administration's activities in 2016 as it examined possible ties between Moscow and the Trump campaign, and has gone after states and cities that have defied his hard-line immigration policies.

He confirmed earlier this week that the department is taking evidence from Trump's personal lawyer, Rudy Giuliani, who has been seeking information in Ukraine about Biden.

Democrats who control the House of Representatives, called for Barr to testify next month over the matter and asked the department's watchdog to investigate but have little other recourse. 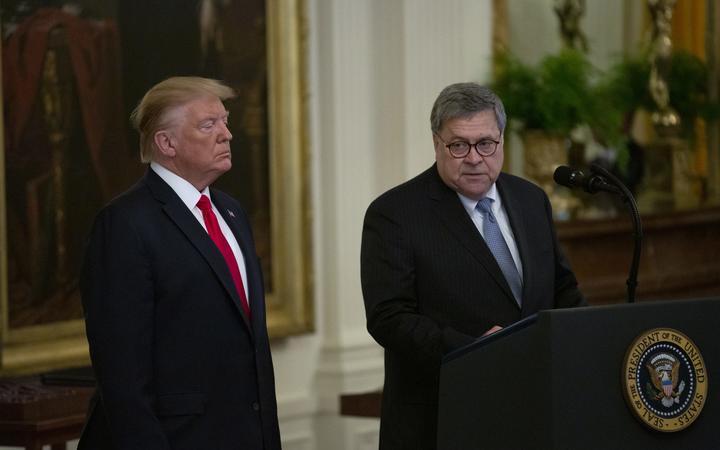 The rare show of dissent from a cabinet member widely seen as a Trump loyalist has provoked a degree of scepticism in the US media.

Critics suggested the statement could have been co-ordinated with the White House to shore up the Department of Justice's credibility as an independent agency.

On Thursday, Trump said the forewoman of the federal jury that heard the case against Stone had "significant bias".

The head of the jurors this week identified herself in a Facebook post. It was later reported she was previously a Democratic congressional hopeful whose social media posts revealed hostility to Trump.

Stone is scheduled to be sentenced next week.