US President Donald Trump has dismissed two senior officials who testified against him at his impeachment trial. 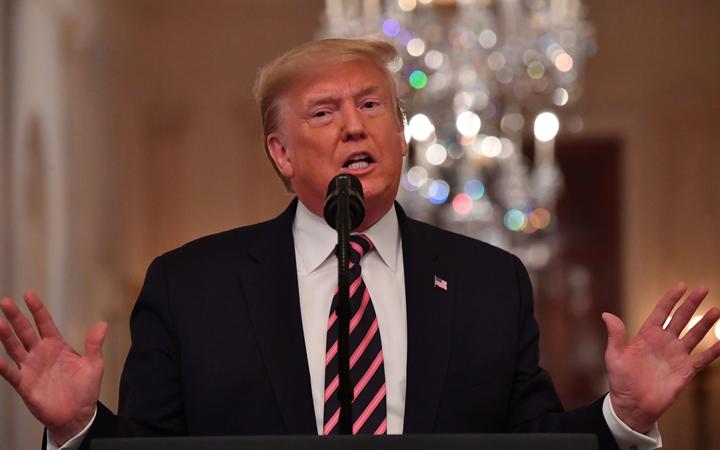 Donald Trump speaks about his Senate impeachment at the White House on 6 February. Photo: AFP

The US envoy to the EU, Gordon Sondland, said he "was advised today that the president intends to recall me effective immediately".

Trump is said to desire a staff shake-up after senators cleared him in the impeachment case on Wednesday.

In its historic vote, the Senate decided not to remove America's 45th president from office on charges arising from his dealings with Ukraine.

Lt Col Vindman's twin brother, Yevgeny Vindman, a senior lawyer for the National Security Council, was also sent back to the Department of the Army on Friday.

In a statement issued by his lawyer, Sondland said: "I was advised today that the president intends to recall me effective immediately as United States ambassador to the European Union.

"I am grateful to President Trump for having given me the opportunity to serve, to Secretary [of State Mike] Pompeo for his consistent support, and to the exceptional and dedicated professionals at the US mission to the European Union.

"I am proud of our accomplishments. Our work here has been the highlight of my career," Sondland said. 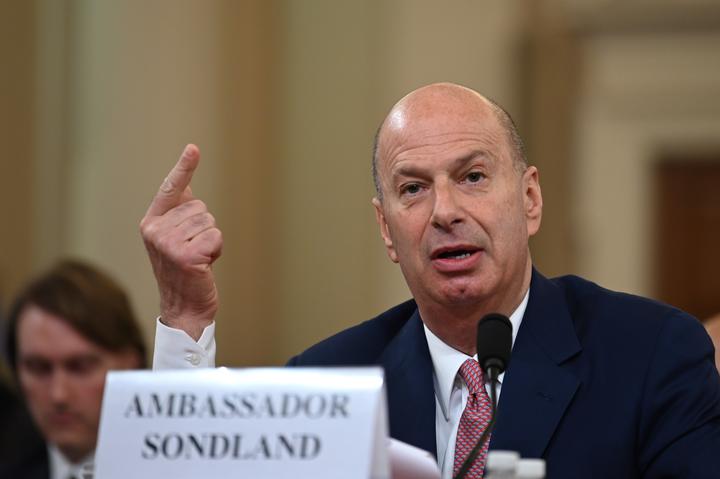 Gordon Sondland testifies during the House Intelligence Committee hearing as part of the impeachment inquiry into US President Donald Trump. Photo: AFP

And how was Vindman removed?

Lt Col Vindman's counsel, David Pressman, told the BBC his client had been "escorted out of the White House where he has dutifully served his country and his president".

"There is no question in the mind of any American why this man's job is over, why this country now has one less soldier serving it at the White House," said the statement.

"LTC Vindman was asked to leave for telling the truth. His honour, his commitment to right, frightened the powerful."

It added: "The truth has cost LTC Alexander Vindman his job, his career, and his privacy."

The statement continued: "The most powerful man in the world - buoyed by the silent, the pliable, and the complicit - has decided to exact revenge."

Lt Col Vindman had reportedly turned up for work at the White House as usual on Friday. 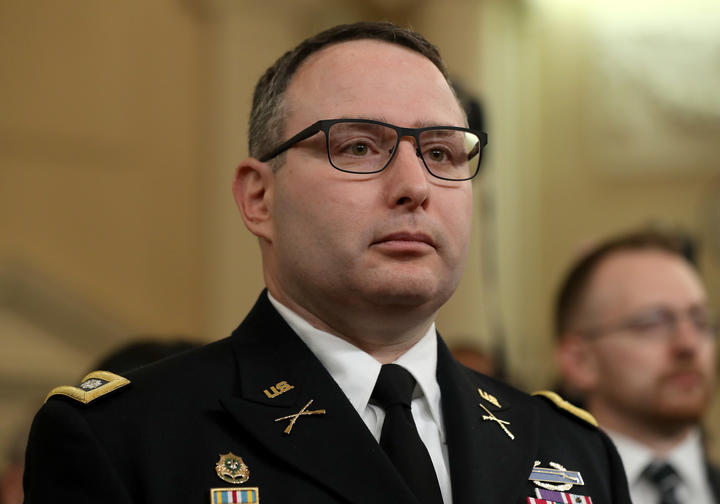 What did Trump and his administration say?

As he left the executive mansion on Friday for North Carolina, Trump told reporters: "I'm not happy with him [Lt Col Vindman].

"You think I'm supposed to be happy with him? I'm not."

President Trump has so far not commented further.

According to White House sources, Lt Col Vindman had been expecting a transfer. He was telling colleagues for weeks that he was ready to move back to the defence department, where he still holds active-duty soldier status.

Earlier on Friday, US Defence Secretary Mark Esper told reporters his department welcomes back all of its personnel from assignment.

"And as I said we protect all of our service members from retribution or anything like that," Esper added.

How did Sondland and Vindman annoy Trump?

Testifying in Congress last November, Sondland was very clear in his testimony that a White House visit by Ukrainian President Volodymyr Zelensky was conditional on Kyiv launching investigations that could be politically helpful to President Trump.

"Was there a quid pro quo [a favour granted in return for something]?" Sondland asked. "As I testified previously, with regard to the requested White House call and White House meeting, the answer is yes."

Sondland was at that time working with Trump's personal lawyer, Rudy Giuliani, on Ukrainian policy at the explicit direction of the president.

The call led to Trump's impeachment in December by the House for abuse of power and obstruction of Congress.

Democratic lawmakers argued that the president had dangled US aid in exchange for political favours.

When asked how he had overcome his fear of retaliation in order to testify, Lt Col Vindman testified: "Congressman, because this is America... and here, right matters."

Trump mentioned the Vindman twins in a tirade against his political enemies at the White House one day before ousting them.

Eliot Engel, Democratic chairman of the House Committee on Foreign Affairs, said in a statement: "This is shameful of course.

"But this is also what we should now expect from an impeached president whose party has decided he is above the law and accountable to no one. "

But Republican Congressman Thomas Massie said he would have fired Lt Col Vindman.

"He's a leaker, not a whistleblower," Massie said. "Current Commander in Chief doesn't take orders from a Lt Col!"

Is Mick Mulvaney next?

In his comments to media on Friday, Trump said reports that his acting chief of staff Mick Mulvaney would be fired were "false".

"I have a great relationship with Mick," said Trump.

North Carolina lawmaker Mark Meadows is being tipped by the Washington rumour mill as a replacement for Mulvaney.

Meadows, who is retiring from the House of Representatives where he led the hardline conservative Freedom Caucus, travelled with Trump on Air Force One on Friday.

At a rare White House press conference in October, Mulvaney appeared to implicate the president in an alleged corrupt deal with Ukraine.

The acting chief of staff told stunned reporters: "We do that all the time." Trump was reportedly outraged by the gaffe.

Mulvaney then walked back his comments in a written statement that said: "Let me be clear, there was absolutely no quid pro quo between Ukrainian military aid and any investigation into the 2016 election."

Who else is on the way out?

Former Illinois congressman Joe Walsh, one of the two long-shot challengers to Trump for the Republican presidential nomination, announced on Friday that he is ending his campaign.

Walsh, who received just 1 percent of the vote in Monday's Iowa caucus, told CNN the modern Republican party "has become a cult".

"I want to stop Trump. I believe he's a threat to this country. He can't be stopped within the Republican Party. Nobody can beat him."

Bill Weld, former governor of Massachusetts, is now the only remaining Republican seeking to oust Trump, who will seek re-election in November.