British Dancing on Ice presenter Phillip Schofield has received an outpouring of support after revealing he is gay. 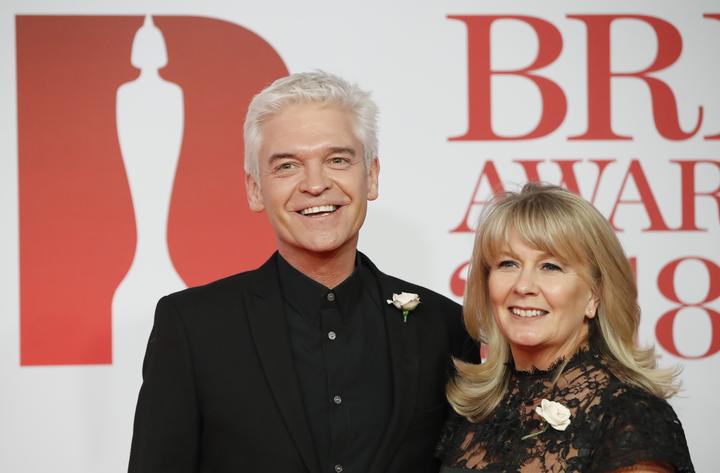 The 57-year-old, who has two daughters with his wife of 27 years Stephanie Lowe, made the announcement via a statement on Instagram.

Social media was filled with messages of good will for Schofield after his announcement, with many celebrities sending supportive messages.

"Huge respect and admiration for our friend Schofe," tweeted fellow ITV presenters Ant and Dec. "Sending love to you P, and your 3 lovely girls."

"Takes a lot of guts to do this, not least when you're a very public figure and know it will all be dissected in a very public way," Good Morning Britain host Piers Morgan said.

"Sending my very best to Schofe and his family."

Schofield had his start in television in New Zealand, as the first presenter of music programme Shazam!, which he hosted from 1982 to 1985, and was a Radio Hauraki DJ.

Schofield later thanked fans for their support and urged others to reach out for help in a post on Instagram.

Schofield presents ITV programmes including popular magazine show This Morning. Following his announcement he was interviewed by his co-host on Friday's edition of the show.

"You know this has been bothering me for a very long time," he said. "Everybody does this at their own speed when the time is right."

The presenter added his sexuality has recently "become an issue in my head".

But Schofield said he is not ready yet for a relationship with a man.

"You never know what's going on in someone's seemingly perfect life, what issues they are struggling with, or the state of their wellbeing - and so you won't know what has been consuming me for the last few years. With the strength and support of my wife and my daughters, I have been coming to terms with the fact that I am gay.

"This is something that has caused many heart-breaking conversations at home. I have been married to Steph for nearly 27 years, and we have two beautiful grown-up daughters, Molly and Ruby. My family have held me so close - they have tried to cheer me up, to smother me with kindness and love, despite their own confusion.

"Today, quite rightly, being gay is a reason to celebrate and be proud. Yes, I am feeling pain and confusion, but that comes only from the hurt that I am causing to my family.

"Steph has been incredible - I love her so very much. She is the kindest soul I have ever met. My girls have been astonishing in their love, hugs and encouraging words of comfort. Both my and Steph's entire families have stunned me with their love, instant acceptance and support.

"Of course they are worried about Steph, but I know they will scoop us both up." 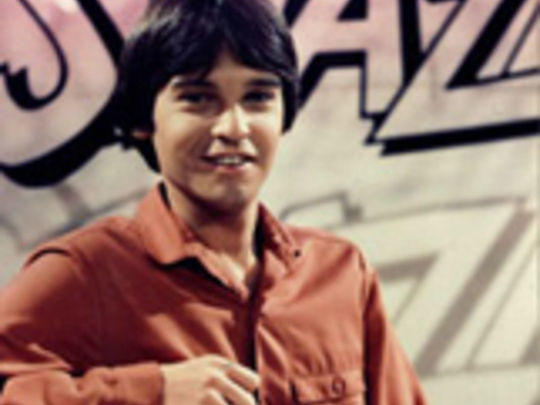 A bright career, and an industry 'playing catch-up'

After returning from New Zealand Schofield found fame on children's TV in the late 1980s in the BBC's Broom Cupboard, and on Saturday morning show Going Live!

He has starred in the West End in Joseph and the Amazing Technicolor Dreamcoat and Doctor Dolittle, and fronted TV game shows like Talking Telephone Numbers and Schofield's Quest before joining This Morning in 2002.

The programme has won at the National Television Awards for 10 years in a row, including the prize for best live magazine show at last month's ceremony.

Schofield also presents a programme with his wife every December where they review Christmas gifts.

Entertainment reporter Caroline Frost told BBC Radio 5 Live that stars from the previous generation were likely to have been told in the past that coming out as gay could damage their careers.

"You see all these young stars coming through and they don't have to think about it," she said. "They're fluid. They just define their own terms.

"But a lot of those older entertainers are having to play catch-up. They branded themselves and were probably advised 'Don't come out because it will ruin your following'.

"So they are having to catch-up and climb back up the hill of enjoying the same privileges that have come very naturally to that new generation."

"Coming out" is a moment which unites all LGBT people, whether they are eventually able to do it, or not. Some never will.

Social media reactions show that this is being seen as an incredibly brave decision for Philip Schofield to make. Whilst Schofield is seen as a national treasure, and someone trusted with hearing deep and personal experiences on a daily basis, for him to become the story is wholly different.

When someone with such a massive public platform comes out as LGBT, their entire life in the public eye is suddenly questioned, with some on-lookers inevitably claiming they "knew all along". In many cases, the person coming out may not have even known, let alone their family and friends.

LGBT acceptance in the UK has changed dramatically over the past few decades. Whilst there are still issues, on the whole, people are much more free to be themselves than ever before. As a result, national LGBT charities such as the LGBT Foundation now offer tailored 'coming out' guidance to the growing numbers of LGBT people who are choosing to come out later in life, helping them navigate any barriers they may face.

This huge moment for Phillip Schofield may just be the green light that others need to come out themselves.

How it feels when your partner comes out as gay

Phillip Schofield's decision to come out as gay has been widely praised, but thoughts have also focused on his wife of 27 years, Stephanie.

Like coming out, discovering your husband is gay can also be incredibly difficult, say women who have been in similar situations.

"You doubt everything you've ever believed in your life," says one woman who found out her husband was gay six years ago.

Caroline - who did not want to be identified - still lives with her husband of 18 years for the sake of their four children, but she says that she is "in a hurry" for when they can sell the house and live apart.

"We get on really well as a family," she says. "As a couple, it's destroyed our relationship.

"We do still do family things, we go to the cinema, we will have family meals.

"But I do go through my stages where I feel the hurt and betrayal more than at other times. And the life I had planned is gone."

Caroline says she knew there was "something seriously wrong in her marriage" but did not know what until she discovered - by accident - an email showing he had been meeting up with other men.

"That was like little pieces of a puzzle falling into place. Most of the time I feel sorry for the future we had together, but at the same time I don't really resent him; it's a truth about him, it's not a choice.

"I do think he made a choice to make me part of his cover story so that hurts, but I accept it's not something he could have changed."

Comedian Sarah Bowles, 54, had been married seven years when she first started having suspicions that her then-husband might be gay.

She says she worked it out just before her husband was outed by someone who had been blackmailing him.

"It was a really, really gentle way of finding out," she says. "If I'd just been startled [with the information], I suspect I would have had a breakdown."

After realising, she says: "I was like, now it makes sense. And I was very worried about my husband's mental health.

"The truth was I did still love him. My main concern was that he would be OK."

Bowles says she is now "at peace with what happened" and enjoying her comedy career by "taking the mick" out of the situation.

Broadcaster and psychotherapist Lucy Beresford says the impact on the relationship depends on how the information is revealed - for example, whether it is the gay person sitting their partner down, or whether it's discovered [another way].

"Either way, it's going to turn your world upside down," she says.

"[It] can make you feel very lonely and isolated. It can make you second-guess yourself, how didn't I spot this, how could I not see the signs. There's a lot of self-doubt. Your self-esteem can be affected."

"You will have lots of questions and issues to talk about. I would suggest the partner who has this news seeks some emotional support themselves."

And she says it is possible in some circumstances to maintain a friendship, but both partners need to be "open and honest" and pay attention to "what feels most authentic to them".