Analysis - James Faulkner's out. He's in. But do we really care? 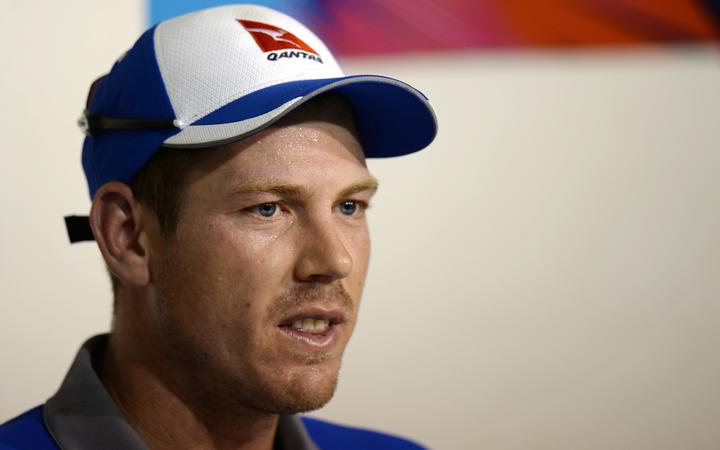 The Australian cricketer, who was the player of the match in the 2015 World Cup final when Australia beat New Zealand at the Melbourne Cricket Ground, seemingly announced on social media that he was gay.

Celebrating his 29th birthday Faulkner used the occasion to announce via social media that he has been in a five-year relationship with partner Rob Jubb.

"Birthday dinner with the boyfriend @robjubbsta and my mother @roslyn_carol_faulkner #togetherfor5years", (sic) Faulkner posted alongside a picture of a dinner with his mother and partner.

But hours later Cricket Australia said it was "a joke that has been taken out of context".

How it can be taken out of context? The post was clearly designed to suggest he was in a same sex relationship and to suggest otherwise is disingenuous.

Clearly many of his current and former teammates believed it.

"Great courage", Glenn Maxwell, who played alongside Faulkner in Australia and Melbourne Stars colours regularly before the latter joined the Hobart Hurricanes, commented on the photo.

There seems to be a misunderstanding about my post from last night, I am not gay, however it has been fantastic to see the support from and for the LBGT community. Let’s never forget love is love, however @robjubbsta is just a great friend. Last night marked five years of being house mates! Good on everyone for being so supportive.

If it was a prank it was in poor taste and Faulkner knew the interest the post would generate.

Rather than claiming he has been misinterpreted he should have simply apologised saying it was supposed to be a joke but he got it wrong.

Of course an alternative explanation is that he decided to come out but has underestimated the response and decided he was better off keeping a low profile.

Either way he's stirred up a hornets nest... and there's certainly been a backlash.

I think when u posted a picture calling him your boyfriend & tagged it with #togetherfor5years, u knew that people would interpret it exactly how they did. I think u tried to make an ill-informed joke, & are now backtracking coz u didn’t expect the story to blow up the way it did

The issue though does raise the question of whether or we should even care about Faulkner's sexual orientation.

A person's sexuality is their own business but Faulkner decided to make his a topic of public discussion knowing sporting profile would lead to attention.

Given Wallabies rugby player Israel Folau's social media rant condemning homosexuals, among others, it puts comments like Faulkner's on the news agenda.

Several female cricketers, including White Ferns couple Amy Satterthwaite and Lea Tahuhu, have publicly confirmed they are in same-sex relationships, it's unusual in the men's sport.

When will we get the first All Black to announce they are gay?

Statistics suggest there have been many gay All Blacks but the environment and the attention any public announcement would garner would understandably make many reticent to come out.

It will be news when one does.

But I do look forward to the day when the issue of someone's sexual orientation simply isn't a story.