Monty Python star Terry Jones has died at the age of 77, four years after being diagnosed with dementia. 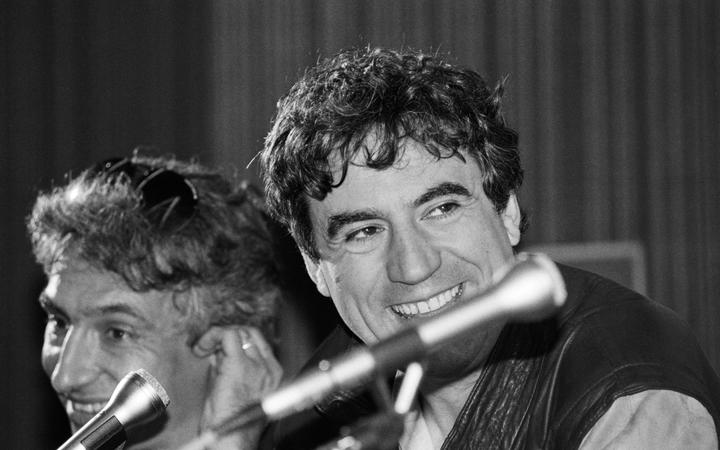 Terry Jones, right, speaks to media about his film The Meaning of Life at the Cannes film festival, 1983. Photo: AFP

Jones was one of the creators of Monty Python's Flying Circus, the British TV show that rewrote the rules of comedy with surreal sketches, characters and catchphrases, in 1969.

He co-directed the team's first film Monty Python and the Holy Grail with fellow Python Terry Gilliam, and directed the subsequent Life of Brian and The Meaning of Life.

The Welsh comic actor, writer and director died on Tuesday, four years after contracting a rare form of dementia known as FTD.

A statement from his family said: "We have all lost a kind, funny, warm, creative and truly loving man."

Fellow Python Sir Michael Palin described Jones as "one of the funniest writer-performers of his generation".

"Terry was one of my closest, most valued friends. He was kind, generous, supportive and passionate about living life to the full.

"He was far more than one of the funniest writer-performers of his generation, he was the complete Renaissance comedian - writer, director, presenter, historian, brilliant children's author, and the warmest, most wonderful company you could wish to have."

John Cleese said: "It feels strange that a man of so many talents and such endless enthusiasm, should have faded so gently away..."

He added: "Of his many achievements, for me the greatest gift he gave us all was his direction of Life of Brian. Perfection."

The Monty Python star Terry Jones has died at the age of 77. Here he is talking about 'Life Of Brian' in 1979. For more Monty Python archive clips, you can visit - https://t.co/RvURbsc5VE pic.twitter.com/97rZaXgyWF

Eric Idle, another member of the highly influential comedy troupe, recalled the "many laughs, moments of total hilarity onstage and off we have all shared with him".

He went on: "It's too sad if you knew him, but if you didn't you will always smile at the many wonderfully funny moments he gave us."

Farewell, Terry Jones. The great foot has come down to stamp on you. My god what pleasure you gave, what untrammelled joy and delight. What a wonderful talent, heart and mind

David Walliams thanked his comedy hero "for a lifetime of laughter".

Simon Pegg - who acted in Jones' final film as director, 2015's Absolutely Anything - said: "Terry was a sweet, gentle, funny man who was a joy to work with and impossible not to love.

Comedian Eddie Izzard told BBC News: "It's a tragedy - the good go too early. Monty Python changed the face of world comedy. It will live forever. It's a terrible loss." 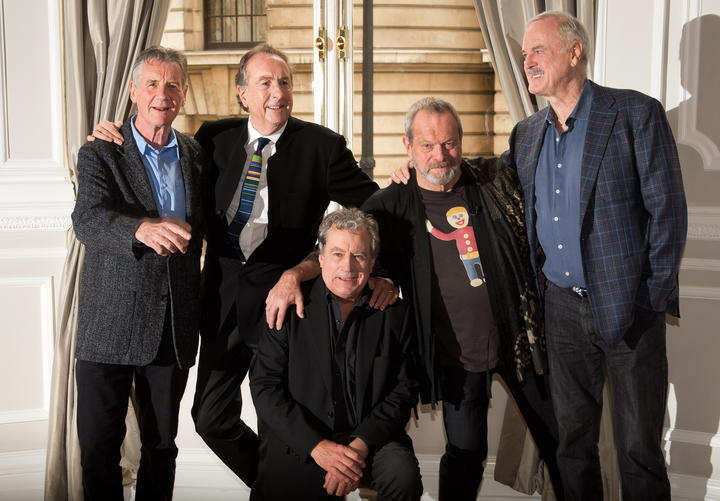 Jones was born in Colwyn Bay and went on to study at Oxford University, where he met his future Python pal Palin in the Oxford Revue - a student comedy group.

Alongside Palin, David Jason and Eric Idle, he appeared in the BBC children's satirical sketch show Do Not Adjust Your Set, from which the template for Monty Python emerged.

He wrote and starred in Monty Python's Flying Circus TV show and the comedy collective's films, as a range of much-loved characters, including Arthur "Two Sheds" Jackson, Cardinal Biggles of the Spanish Inquisition and Mr Creosote.

He also directed their film The Holy Grail in 1975, with fellow Python Terry Gilliam, and took sole charge of 1979's Life of Brian and The Meaning of Life in 1983. Beyond Monty Python, he wrote the screenplay for the 1986 film Labyrinth.

The statement from Jones' family noted his "uncompromising individuality, relentless intellect and extraordinary humour [that] has given pleasure to countless millions across six decades".

"Over the past few days his wife, children, extended family and many close friends have been constantly with Terry as he gently slipped away at his home in north London.

"His work with Monty Python, his books, films, television programmes, poems and other work will live on forever, a fitting legacy to a true polymath."The family thanked Jones' "wonderful medical professionals and carers for making the past few years not only bearable but often joyful.

"We hope that this disease will one day be eradicated entirely. We ask that our privacy be respected at this sensitive time and give thanks that we lived in the presence of an extraordinarily talented, playful and happy man living a truly authentic life, in his words 'Lovingly frosted with glucose.'"