Deaths from China's new virus rose to 17, with more than 540 cases confirmed. 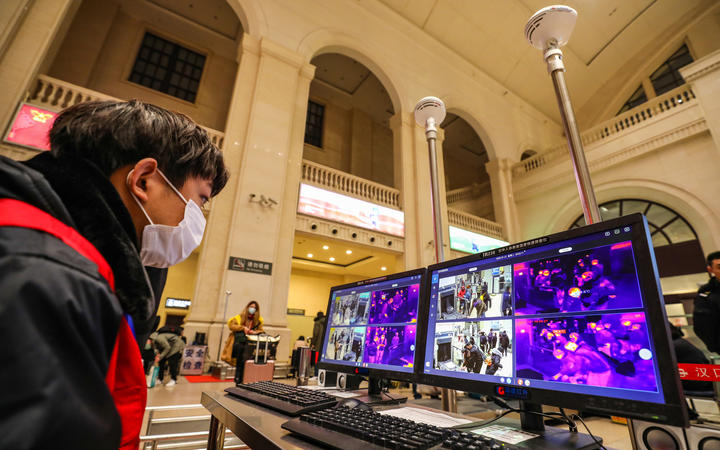 The previously unknown, flu-like coronavirus strain is believed to have emerged from an animal market in central Wuhan city, with cases now detected as far away as the United States.

Contrasting with its secrecy over the 2002-03 Severe Acute Respiratory Syndrome (SARS) that killed nearly 800 people, China has this time given regular updates to try to avoid panic as millions travel for the Lunar New Year.

"The rise in the mobility of the public has objectively increased the risk of the epidemic spreading," National Health Commission vice-minister Li Bin said.

Chinese authorities have advised people to stop travel into and out of Wuhan. 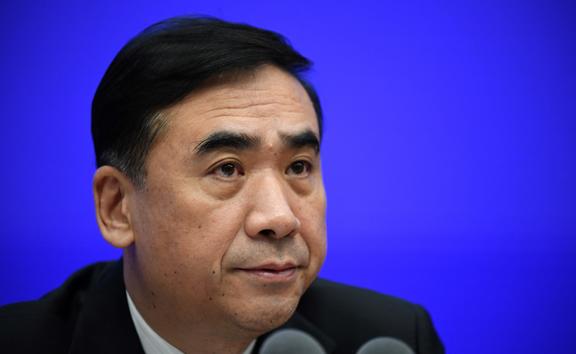 "Basically, do not go to Wuhan. And those in Wuhan please do not leave the city," Li said, in one of the first public briefings since the beginning of the outbreak.

The World Health Organisation said that it will decide on Thursday whether to declare a global emergency over the coronavirus outbreak.

If it does so it will be only the sixth international emergency to be declared in the last decade.

"The decision is one I take extremely seriously," WHO director-general Tedros Adhanom Ghebreyesus said, adding that he was only prepared to make it with the appropriate amount of consideration and information.

He was speaking after the WHO held a day-long meeting of an independent panel of experts in Geneva on Wednesday.

The virus has spread from Wuhan around China to population centres including Beijing, Shanghai, Macau and Hong Kong.

The latest death toll in Hubei province, of which Wuhan is the capital, rose from nine to 17 by midday on Wednesday, state television quoted the provincial government as saying.

Official newspaper China Daily said 544 cases had now been confirmed in the country. Abroad, Thailand has confirmed four cases, while the United States, Taiwan, South Korea and Japan have each reported one.

Li said the virus, which can cause pneumonia and has no effective vaccine, was being spread via breathing. Symptoms include fever, coughing and difficulty breathing.

"I believe the government for sure, but I still feel fearful. Because there's no cure for the virus," said Fu Ning, a 36-year-old woman in Beijing. "You have to rely on your immunity if you get an infection. It sounds very scary."

Fears of a pandemic initially spooked markets, with aviation and luxury goods stocks hit and the yuan falling, but they regained their footing on Wednesday in approval of China's containment response.

Across China, companies from Foxconn to Huawei Technologies and HSBC Holdings were warning staff to avoid Wuhan and handing out masks. Terry Gou, the billionaire founder of Apple supplier Foxconn, said he was advising employees not to visit China.

Chinese officials believe wildlife trafficked at a market in Wuhan was the source of the coronavirus.

Two sources said provincial and city officials in Wuhan had been ordered to remain in the city, while those who had already left were instructed to report their whereabouts.

WHO spokesman Tarik Jasarevic said new cases would appear as China stepped up monitoring. But Li said there was no evidence of "super-spreaders" capable of disseminating the virus more widely, as happened during the SARS outbreak. SARS was thought to have crossed to humans from civet cats sold for food.

Airports round the world stepped up screening from China.

Russia said it had strengthened its sanitary and quarantine control, Britain said it would start enhanced monitoring of passengers from Wuhan, and Singapore started screening all passengers from China.

The Chinese-ruled gambling hub of Macau confirmed its first case of pneumonia linked to the coronavirus and tightened body-temperature screening measures.

A first case emerged in Hong Kong on Wednesday, media reported, with the patient arriving via high-speed railway from the mainland.

Mexico was investigating a potential case.

North Korea banned foreign tourists from Wednesday due to the virus, several foreign tour operators said, losing one of its main sources of foreign currency.

Sport too was affected, with some qualifying boxing matches for the 2020 Olympics set for Wuhan cancelled and women's football qualifiers shifted to Nanjing.