A professor in public health says New Zealand should be wary of a mystery viral pneumonia spreading from China. 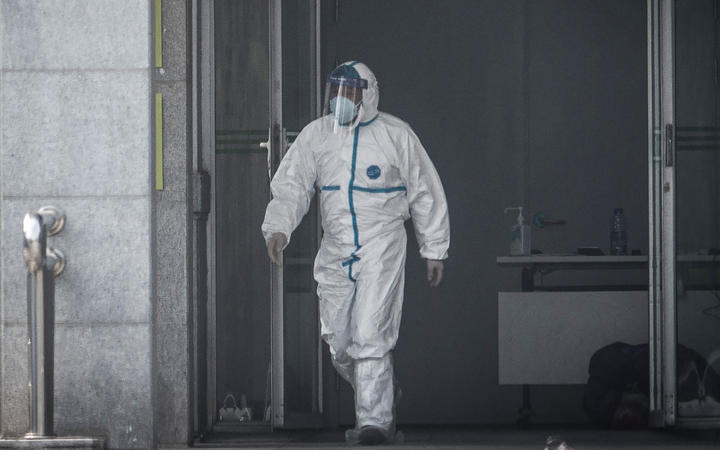 Nearly 50 people are known to have been infected and so far involve only individuals who have travelled to or live in Wuhan, but the World Health Organisation (WHO) has warned that a wider outbreak is possible.

Many of China's 1.4 billion people will be travelling abroad during the Lunar New Year holidays next week, raising concerns about the disease spreading to other countries.

Researchers at the Imperial College in London have estimated there are more than 1700 cases in China.

"It certainly suggests that we should take quite a cautious approach to interpreting information coming out of China."

Dr Baker said the cases reported by China were just the "tip of the iceberg".

He said New Zealand did not need to take extra precautions at this stage because there were no direct flights from Wuhan, the namesake virus's epicentre.

The ministry said it was keeping a close watch on developments.

"A 2014 Canadian review concluded that the high number of false detections along with the limited effectiveness meant that the evidence did not support introducing them."

Chinese health authorities say they have discovered four more cases of pneumonia, raising concerns that the disease could spread further.

The four individuals were diagnosed with pneumonia on Thursday and are in stable condition, the Wuhan Municipal Health Commission said in a statement published shortly after midnight, a day after it confirmed the death of a second patient.

A report published by the London Imperial College's MRC Centre for Global Infectious Disease Analysis asserted there are likely "substantially more cases" of the new coronavirus than the 45 currently announced by Wuhan authorities.

A summary of the report on the centre's website says its baseline scenario estimates that there would be 1723 cases showing onset of related symptoms by 12 January. The full report was not available, however.

Thailand reported two cases of the coronavirus from Chinese travellers from Wuhan this week, while Japan confirmed one case involving a Japanese national who travelled to Wuhan.

Memories remain fresh in Asia of a 2002/03 outbreak of Severe Acute Respiratory Syndrome (SARS), which emerged in China and killed nearly 800 people worldwide.

Coronaviruses are a large family of viruses that can cause infections ranging from the common cold to SARS.

Health officials say the new virus discovered in Wuhan does not appear to be as lethal as SARS but admit they still know little about it, including its origins or how easily it can be transmitted from person to person.

A seafood market in Wuhan is believed to be the epicentre, but authorities say some patients they have identified deny having any exposure to this market.

US authorities have said they would start screening at three airports to detect travellers arriving via direct or connecting flights from Wuhan who may have symptoms of the new virus.

In Asia, authorities in Singapore, South Korea, Taiwan and Thailand have stepped up monitoring of passengers from Wuhan at airports. Indonesia, Malaysia and the Philippines say they have strengthened screening at all points of entry in response to the outbreak, as well.

Japan screens all incoming travellers for high temperatures and started displaying notices at airports around the country asking passengers to come forward if they have travelled to Wuhan and have become sick.

Australia, which saw about 1.4 million short-term arrivals from China last year, is not planning any special screenings for now.

The WHO has said it advises against any travel or trade restrictions on China.