A tourist in Thailand has become the first person outside China diagnosed with a new, pneumonia-like virus that has already infected dozens of people. 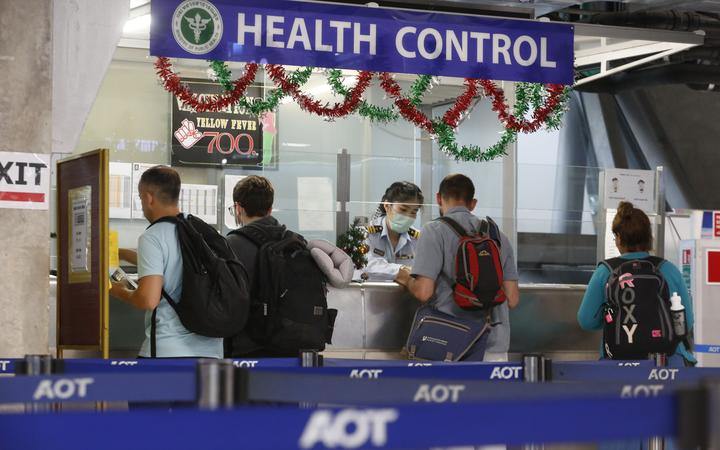 The woman was quarantined after landing in Bangkok from Wuhan, eastern China, where the outbreak began in December.

One person has died and 41 cases of the virus have been recorded so far.

It has been identified as a coronavirus, which can cause illnesses ranging from common colds to potentially deadly Sars.

Sars - severe acute respiratory syndrome - killed more than 700 people around the world during an outbreak in 2002-2003, after originating in China.

In total, it infected more than 8000 people in 26 countries.

According to the country's official Xinhua News Agency, the female passenger arrived in Thailand on 8 January, where she was hospitalised. No other passengers were infected, it said, adding that the traveller was now ready to return to Wuhan.

Separately on Tuesday, Reuters reported the World Health Organization (WHO) as saying there appeared for the first time to have been limited person-to-person transmission of the virus.

"From the information that we have it is possible that there is limited human-to-human transmission," Maria Van Kerkhove, acting head of WHO's emerging diseases unit, told reporters in Geneva.

She said the organisation was preparing for the possibility of a wider outbreak.

"It is still early days, we don't have a clear clinical picture."

Many earlier cases of the virus had reportedly been linked to a fish market in Wuhan.

The new case in Thailand comes just ahead of a major travel period in China, as hundreds of millions of people prepare to travel for Chinese New Year later this month.

On 9 January, Singapore's airport said it would begin temperature screening travellers from Wuhan.

Hong Kong health officials said they would also implement checks on passengers, and that they had stepped up the disinfection of trains and aeroplanes, AFP reported.