The government is tightening up rules for car and machinery imports, in an attempt to stop the brown marmorated stink bug getting into New Zealand. 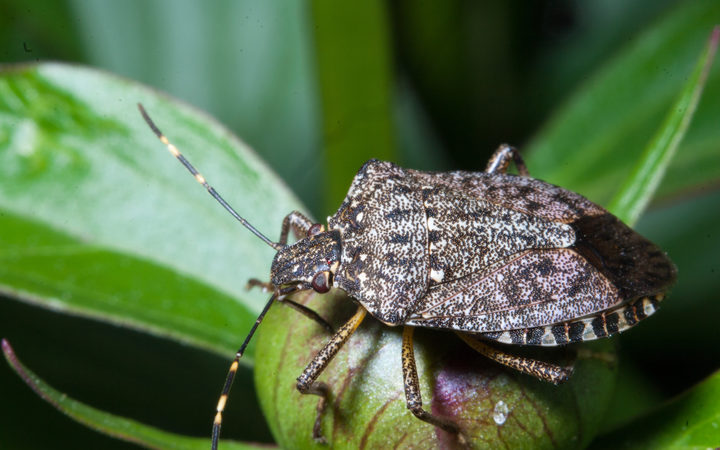 The bug is known to attack fruit and vegetables, causing them to rot from the inside. It poses a significant biosecurity threat and could have a devastating effect on the horticulture and viticulture industries if it took hold here.

The Ministry for Primary Industries said following consultation with industry, it had provisionally released new rules for car and machinery imports.

The changes would apply to this year's stink bug season, which starts on 1 September 2019 and will run until 30 April 2020.

Spokesperson Paul Hallett said the number of countries that would be required to treat imported vehicles, machinery and parts for the pest before they arrived in New Zealand would rise from 17 to 33.

In the past, only un-containerised cargo had required treatment offshore, but that would now be extended to all cargo relating to vehicles, Mr Hallett said.

The new rules are intended to reduce the biosecurity risk to New Zealand, by ensuring potentially contaminated cargo arrives as clean as possible.

He said there were plans to have officers based in Europe this season to educate manufacturers and exporters about the new requirements and to audit facilities.

"If our checks find any issues, New Zealand will not accept any cargo from that facility until the problem has been fixed."

The release of the new import health standard will be provisional for 10 days from 5 July. Interested parties that provided a submission can contest the new rules during this period.