As many as 1000 people could be left out of work by a collapse in the price of logs sent to China. 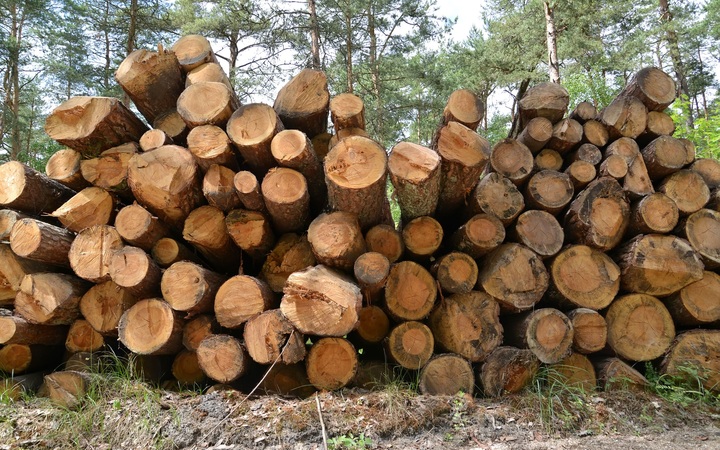 The problem stems from logs sitting on the wharves at ports in China, not being sent to construction projects inland.

The latest fall, which happened in a matter of weeks, brought log prices down by 15 percent on a take it or leave it basis demanded by Chinese log importers.

He said bigger companies might continue producing logs, even at a loss, but smaller ones would be affected.

"There are about 200 (small) contractors, with an average of four to six people in each crew, plus contractors to fix their machinery and sell them spare parts, so it has quite a big impact," he said.

"The other effect is that there will be a lot of logging trucks parked up.

"Those guys have all got mortgages and bills to pay as well."

NZ Forest Owners' Association chief executive officer David Rhodes blamed the problem on several things, such as European growers cutting down their trees early to avoid an encroaching pest, the spruce beetle, and sending the logs en masse to China before they were infected.

But it was not just Europe that produced the glut of supply in China.

"New Zealand itself has been a large contributor to the volume that has been going into China," Mr Rhodes said.

Mr Rhodes said some New Zealand growers would definitely stop selling to China at the new low rates demanded by their customers.

But it would take a while for this to work its way through the market.

A background briefing given out by the forestry industry gave more details on the problem.

Along with the spruce beetle, an added impetus was China's Belt and Road policy, which saw 30 trains leaving Chongqing each week laden with goods for Duisburg in Germany.

Rather than return to China empty, the wagons were being loaded with logs for the journey back across Russia to China.

Mr Rhodes and another expert, Reece Brick, of AgriHQ, had another explanation for the problem: China's trade war with the United States.

This had lowered the value of the Chinese currency, making imports more expensive.

It had also harmed business confidence in China.

As a result, logs were piling up on the docks in China, and not moving to customers inland.

That led importers to refuse to take any more, except at a discount.

Deputy Prime Minister Winston Peters told Morning Report it was concerning that the trade war between the US and China was affecting the New Zealand export industry.

"It's impacting other countries as well as our own." 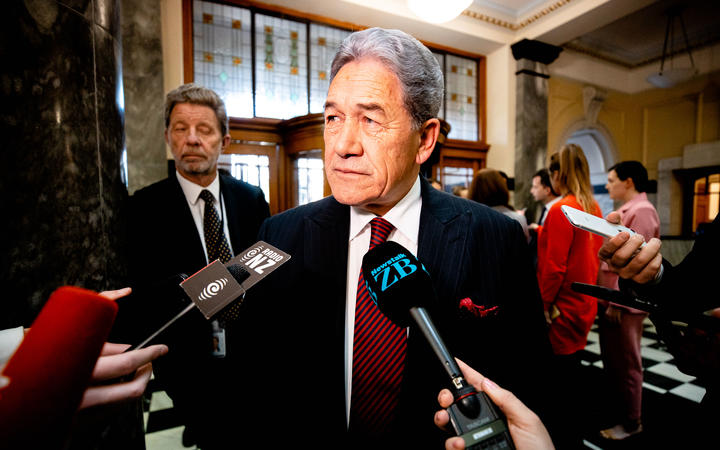 However, he said it was not about whether NZ was too reliant on China.

He said the Chinese had acted in their own interests but did "not believe the past governments acted in ours .... we should have diversified our markets much more," he said.

"While we sympathise with the wood industry, the one thing about wood is when market's down, you can stop harvesting.

"Before people panic, let's look at the other things we can do. Bear in mind you're still going to have the great sustainable resource because the world will need more wood.

"Until recently, we thought in the North that we would be incapable of making a supply when it comes to China. We just found out in the last couple of weeks, maybe that worry was excessive.

"Timber's taken a bit of hit, but this is not the first time."