Professor Max Suckling has just returned home from Italy where he saw the devastation to crops caused by the brown marmorated stink bug (BMSB).

He's been looking at ways of trapping the bug and other controls that could help protect New Zealand fruit crops should the bug establish here – which is looking increasingly likely, he says. 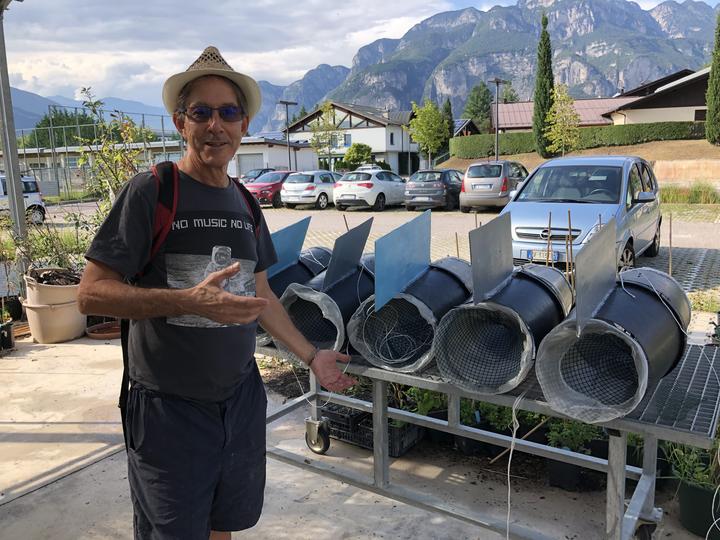 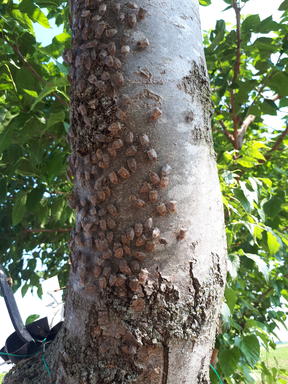 "Nowhere has been able to eradicate [this bug] and it's still spreading. It's spreading very quickly through the US... It's all over Europe and is still spreading and the chance of it getting into New Zealand are particularly high particularly if it establishes in Australia which appears to be happening."

Professor Suckling says in the region of Italy he visited the BMSB had caused an estimated 150 million euros worth of damage to fruit crops last year.

"What happens is the fruit drop prematurely or if apples, pears or other fruit don't drop then they continue to grow and get strange shapes from the saliva of the insect... and that causes the plant material to break down inside... and if it's a kiwifruit you can't actually see the damage.

"So the fruit is damaged inside and you can imagine it eventually turning up with a customer and when they go to peel it, it's rotten inside."

The BMSB is believed to be responsible for a 30 to 60 percent loss of the regions' kiwifruit crop last year.