Federal prosecutors in Brazil are seeking to reverse a controversial decision by the country's right-wing government to appoint a former evangelical missionary to protect isolated and recently-contacted indigenous tribes in the Amazon. 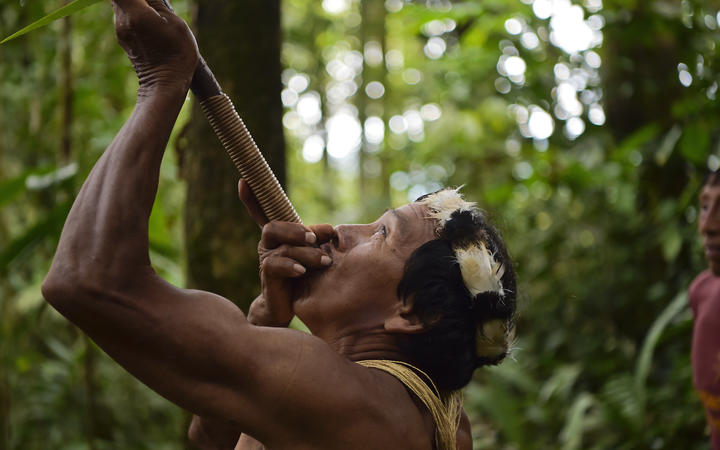 Bolsonaro has unveiled a bill to allow mining on protected reservations, a move most indigenous leaders oppose as a threat to the survival of their communities. Photo: AFP

The prosecutors cited a conflict of interest in the appointment of Ricardo Lopes Dias as head of the department in charge of protecting indigenous tribes from contact with non-indigenous people because he was linked to a missionary group, the New Tribes, whose aim was to convert "unreached people" to Christianity.

They asked a Brasilia court to suspend the appointment because it raises the risk of "genocide and ethnocide" among Brazil's 107 non-contacted or barely contacted indigenous groups living in the Amazon rainforest, the lawsuit said.

Dias, a theologian and anthropologist, was from 1997 to 2007 a member of the New Tribes, a group founded in the United States in 1942 and now called Ethnos360, whose mission is to evangelize indigenous peoples by bringing the Bible to them in their own languages.

He was formally appointed last week to head the most sensitive department of the government's indigenous affairs agency Funai, which under far-right President Jair Bolsonaro has defended the interests of farmers and ranchers in land conflicts with indigenous groups.

Bolsonaro has also unveiled a bill to allow mining on protected reservations, a move most indigenous leaders oppose as a threat to the survival of their communities that are facing increasing invasions by illegal loggers and miners.

After taking office last year, the president picked a police officer to run Funai, Marcelo Xavier, a farm lobby appointee who has replaced most of the agency's experienced coordinators.

Funai said the prosecutors were being "intransigent" in rejecting Dias because he is an evangelical Christian and added in a statement that the government's solicitor general would defend his appointment.

Dias told Reuters by WhatsApp he was being "persecuted."

Anthropologists, indigenous rights activists and other church groups have condemned his appointment, fearing it marked a departure from Funai's policy adopted in 1987 of not seeking out isolated indigenous groups, shielding them from diseases they have no defence against and allowing them to decide if they wanted contact with Brazilian society or not.

"Putting an evangelical missionary in charge of the uncontacted Indians department of Funai is like putting a fox in charge of the hen house," Survival International said last week, warning that forced contact would destroy isolated tribes.

The group that advocates for tribal people's rights called the appointment, along with Bolsonaro' proposal for mining on reservations, "a genocidal plan for the total destruction of the most vulnerable peoples on the planet".