By Shivani Singh and Stephanie Nebehay

The World Health Organisation says the spread of coronavirus cases among people who have not been to China could be "the spark that becomes a bigger fire" and the human race must not let the epidemic get out of control. 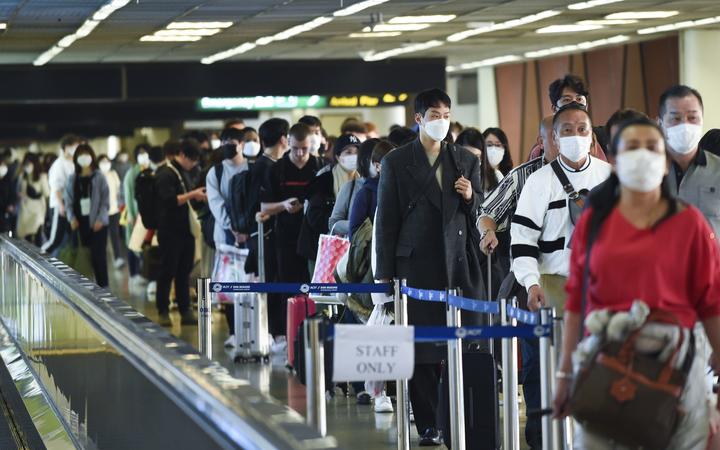 As of Monday, there had been 40,235 confirmed cases reported in China and 909 deaths, as well as 319 cases in 24 other countries, including one death, WHO chief Tedros Adhanom Ghebreyesus said.

The death toll from the epidemic had jumped by 97 on Sunday - the largest number in a single day since the virus was detected in the city of Wuhan in December.

The Diamond Princess cruise ship with 3700 passengers and crew on board remained quarantined in the Japanese port of Yokohama, with 65 more cases detected, taking the number of confirmed cases from the Carnival Corp-owned vessel to 135.

An advance team of @WHO experts has just arrived in #China, led by Dr Bruce Aylward, to lay the groundwork for the larger international team.

The team will be working with their Chinese counterparts to make sure we have the right expertise to answer the right questions.

Across mainland China, where people were trickling back to work after an extended Lunar New Year holiday, 3062 new infections were confirmed on Sunday, according to the National Health Commission (NHC).

Shanghai Fudan University Medical school vice dean Wu Fan said there was hope of a turning point in the outbreak.

But Dr Tedros said there had been "concerning instances" of transmission from people who had not been to China.

"It could be the spark that becomes a bigger fire," he told reporters in Geneva. "But for now it is only a spark. Our objective remains containment.

"We should really fight hard as one human race to fight this virus before it gets out of control," he said.

"We have now identified 168 labs around the with the right technology to diagnose #2019nCoV.

Many of those countries have already started using them"-@DrTedros

An advance team of international WHO experts had arrived in China to investigate.

The death toll from the outbreak has now surpassed that of Severe Acute Respiratory Syndrome (SARS), which killed hundreds worldwide in 2002/03.

Ten extra days had been added to the Lunar New Year holidays that had been due to finish at the end of January. But even on Monday, many workplaces remained closed as people worked from home.

Few commuters were seen during the morning rush-hour on one of Beijing's busiest subway lines. All wore masks. 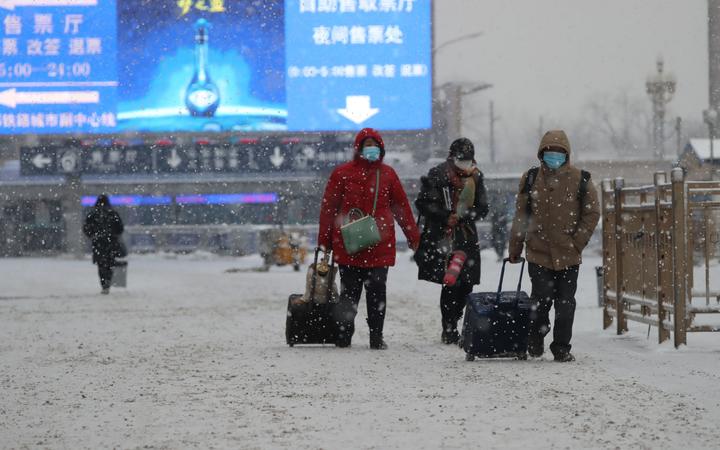 Beijing government official Zhang Gewho said it would be harder to curb the spread of the virus as people returned to work.

"The capacity of communities and flow of people will greatly increase and the difficulty," he said.

Hubei, the province of 60 million people that is the hardest hit by the outbreak, remains in virtual lockdown, with its train stations and airports shut and roads sealed.

In Britain, the government said the number of confirmed coronavirus cases there had doubled to eight. It declared the virus a serious and imminent threat, giving it additional powers to isolate those suspected of being infected.

China's central bank has taken steps to support the economy, including reducing interest rates and flushing the market with liquidity, and will also now provide special funds for banks to re-lend to businesses. 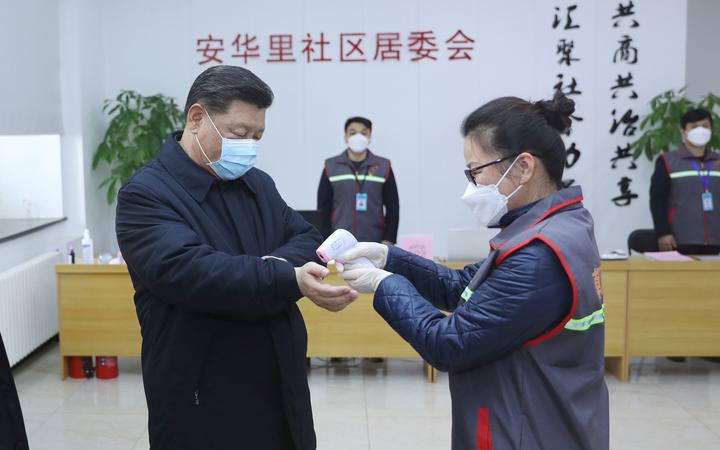 Chinese President Xi Jinping wearing a facemask as a health official checks his body temperature during an inspection of the novel coronavirus pneumonia prevention and control work at the Anhuali Community in Beijing. Photo: AFP / Xinhua News Agency

Xi, who was shown on television inspecting the work of community leaders in Beijing and wearing a mask as he had his temperature taken, also said China would strive to meet economic and social targets for the year.

One senior economist has said growth may slow to 5 percent or less in the first quarter.

A prolonged and widespread coronavirus outbreak could hit the Japanese economy, affecting tourism, retail and exports, among other areas, a senior International Monetary Fund official said.