The number of people killed by the new coronavirus rose by 97 today, the highest number of deaths in a day. 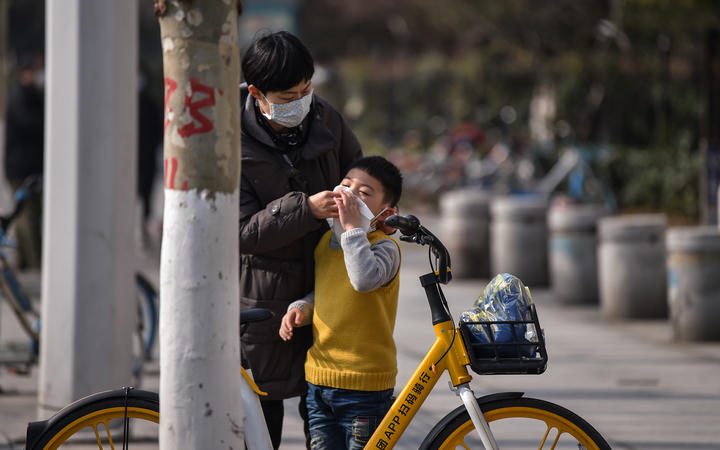 Meanwhile, Japan's Health Ministry says another 60 people on the Diamond Princess cruise ship have been infected with coronavirus, bringing to 130 cases of the illness on the ship.

Two kiwis on board has already been confirmed with the virus, while 11 other New Zealanders are also qaurantined for two weeks at Yokohama port.

The Ministry of Foreign Affairs said no additional New Zealanders have been diagnosed with the virus.

The total number of deaths in China is now 908 - but the number of newly-infected people per day has stabilised.

The World Health Organization (WHO) has sent a team of experts to Beijing to help investigate the new virus.

According to Chinese data, 3281 patients have been cured and discharged from hospital.

Millions of people returned to work after the Lunar New Year break, which was extended from 31 January to curb the spread of the virus.

But precautionary measures remain in place, including the staggering of working hours, and the selective reopening of workplaces.

Over the weekend, the number of coronavirus deaths overtook that of the Sars epidemic in 2003 which also originated in China and killed 774 people worldwide.

The WHO on Sunday said the number of new cases in China was "stabilising" - but warned it was too early to say if the virus had peaked.

This morning the organisation sent an international mission to help coordinate a response to the outbreak.

The new virus was first reported in Wuhan, the capital of Hubei province. The city of 11 million has been in lockdown for weeks.

The outbreak was declared a global emergency by the WHO on 30 January.

It has spread to at least 27 other countries and territories, but so far there have only been two deaths outside of mainland China, in the Philippines and Hong Kong.

Meanwhile in Hong Kong, passengers on a quarantined cruise ship have been allowed to disembark after tests showed no infection among them or its crew.

The World Dream had been held in isolation after eight passengers from a previous cruise had caught the virus.

Another cruise ship off Japan remains in quarantine after dozens of cases were confirmed on board.

South Korea has issued a temporary ban on cruise ships entering its ports due to fears of spreading the virus.

Out of 719 Kazakhs remaining in China, 391 have asked to be repatriated, it said in a statement. The flights will also take 47 Chinese citizens to Beijing.