Retailers catering to tourists are cutting staff hours and forward orders in response to the coronavirus outbreak. 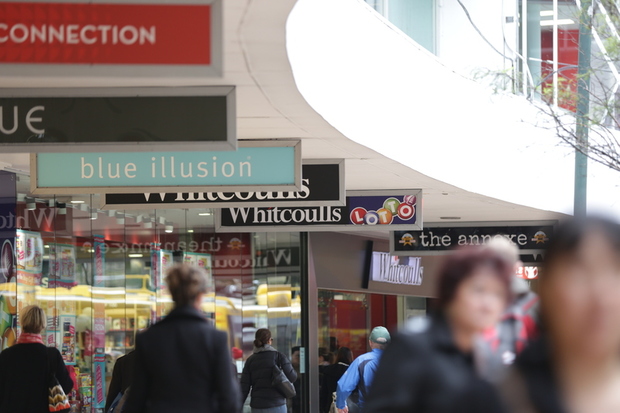 Industry group Retail NZ said just over a third of its members have been affected in some way by the virus.

"A number of retailers have experienced a relatively large drop in both foot traffic and sales volumes going through the tills in the last couple of weeks.

"On average there's been around 14 percent drops but we have had members report back to us who have lost as much as 30 percent," he said.

Harford some retailers were cutting staff hours and reducing the amount of stock being ordered.

"If they're selling less, retailers aren't going to need to bring more stock into the market."

He said if the virus persisted, retailers may need to take further measures.

"In the long run retailers are going to need to look pretty carefully at staffing. Potentially reducing some hours and not replacing people down the track.

"But also retailers need to look at their supply chains and some are already looking at alternative sources of stock rather than some of those traditional suppliers out of China."

Economists predicted last week businesses affected by the outbreak would be likely to cut back staff hours.

They said the worst was yet to come, specifically for tourism and trade.

ASB senior economist Mike Jones said companies would hold onto staff as long as they could.

"Employees tend to work fewer hours rather than firms laying them off. That'll be the first thing we're looking for in the data ... the other thing to watch will be business confidence surveys as we go through."

The government is considering easing tax requirements for tourism businesses affected by the coronavirus.

Prime Minister Jacinda Ardern said several key industries were suffering financial losses due to travel and export restrictions to and from China.

She said the forestry, education and some live export industries are also suffering due to the coronavirus.