There are still no cases of suspected or confirmed novel coronavirus in New Zealand, the Director General of Health says.

Speaking at a press conference this afternoon, Dr Ashley Bloomfield said Healthline had established a process to allow people who had isolated themselves after returning back from or through China to register.

The register allowed people to be contacted to ensure their welfare and wellbeing were being looked after and it also helped with public health efforts to plan for any possible future coronavirus cases in the country, he said.

Registration was voluntary but it was a very important part of the overall public health effort and authorities were working with border agencies to get information and to provide those details to Healthline so they could follow up with people who had not yet registered.

Healthline was contacting people proactively to the extent they needed to be, he said.

"Some people have got all the support that they need from family, friends or their community while others need quite a bit of support with basics such as getting groceries, they may need to be able to access welfare payments, some may have problems with accommodation and the purpose of that registration process is to ensure that people can be assisted with whatever they need."

Dr Bloomfield said Healthline had a big surge in demand and had brought on extra staff to ensure it could manage calls related to coronavirus as well as its regular calls. 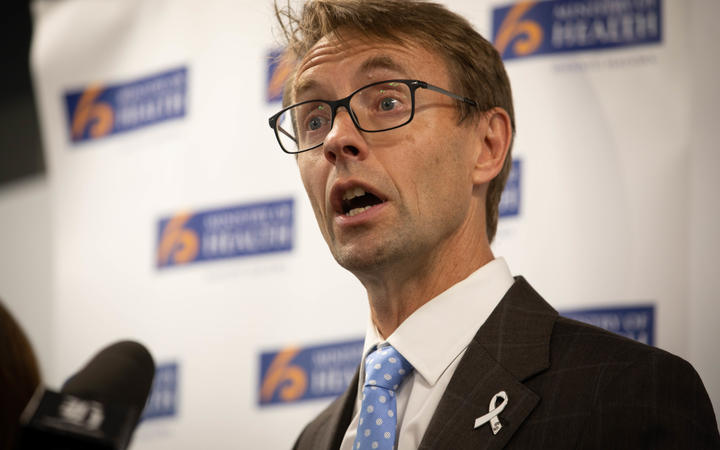 Travel restrictions in place were being assessed every 48 hours and at this stage no change had been recommended, he said.

That meant foreign travellers who left from, or transited through, China would continue to be refused entry to New Zealand. New Zealand citizens and permanent residents and their immediate family will be allowed to enter the country but will need to isolate themselves for 14 days after arrival.

Dr Bloomfield said those people confined at a navy base at Whangaparāoa continued to receive daily health checks and staff there had put in a huge effort to keep them in a good state of mind.

He said they were starting to plan the repatriation process for the 59 non-New Zealanders who were evacuated from Wuhan and had to remain at the centre for 14 days.

Dr Bloomfield said there were three ways for the coronavirus to be spread: firstly by direct droplets when someone coughs or sneezes, secondly through these droplets landing on an object such as a table or chair which someone else then touches before transmitting the virus to their mouth or nose which is why handwashing is so important and thirdly through much finer droplets or aerosol spread.

"In fact aerosol spread of respiratory viruses is well known, it's well described, what's not known is the relative importance of that method of spread compared with direct coughing or sneezing, so that droplet spread, or where people might come in contact because they touch something that might have the virus on it."

Earlier today Otago University public health professor Michael Baker told RNZ the new coronavirus appeared to be spreading in a "silent transmission" pattern, and was looking far more like an influenza pandemic than Sars was in 2003.

However, Professor Baker said disease modellers suggested it was more like there were half a million infections so far.

The death toll from the disease would also be much higher than the 2003 Sars outbreak - another type of coronavirus - which killed 800 people within an eight-month period, he said.

A new helpline has been set up to provide information about the virus in New Zealand.

There have been no confirmed cases in the country, but at least two New Zealanders are thought to have the illness on board cruise ship Diamond Princess, currently under quarantine off the coast off Yokohama in Japan.