More people have now died from the new coronavirus, than the Sars epidemic of 2003. 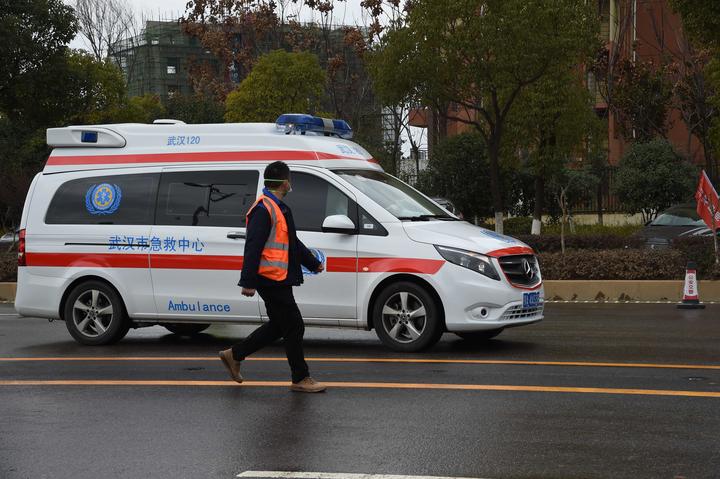 An ambulance carrying coronavirus patients arrives at a hospital in Wuhan, on 8 February. Photo: AFP

In China's Hubei province alone, the epicentre of the latest outbreak, the death toll now is put at 780 by regional health officials.

All but one of the overall total of 803 deaths have so far been in mainland China and Hong Kong.

In 2003, 774 people were killed by Sars - severe acute respiratory syndrome - in more than two dozen countries. And there were around 8100 cases of Sars reported during the eight-month outbreak.

More than 34,800 people have been infected with the new coronavirus worldwide, the vast majority in China.

Last month, the World Health Organization (WHO) declared a global health emergency over the new outbreak.

WHO chief warns against 'trolls and conspiracy theories'

The World Health Organisation has warned that "trolls and conspiracy theories" are undermining their response to the new coronavirus.

WHO Director General Dr Tedros Adhanom Ghebreyesus told reporters that misinformation was "making the work of our heroic workers even harder".

He said misinformation around the new strain, 2019-nCoV, "causes confusion and spreads fear to the general public".

False theories spread about the virus have included Russia's Channel One airing conspiracy theories linking it to US President Donald Trump, and claims US intelligence agencies or pharmaceutical companies are behind it; a video that was circulated of a woman eating bat soup that was claimed to be linked to the spread of the virus; and claims the virus was linked to snakes.

What's the latest on the coronavirus?

In its latest bulletin, health officials in Hubei reported 81 new fatalities on Saturday, bringing the death toll in the region to 780.

There now have been 802 deaths in China and Hong Kong and one abroad, in the Philippines.

The new virus, 2019-nCov, was first reported in Hubei's capital of Wuhan, and the sprawling city has been in lockdown for weeks. 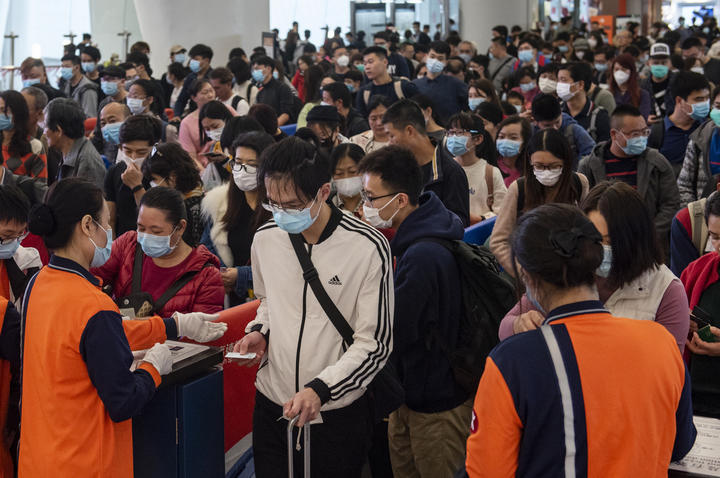 People cover their faces with sanitary masks at an airport in Hong Kong, China. Photo: AFP

Meanwhile, Hong Kong has implemented a mandatory two-week quarantine period for anyone arriving from mainland China. Visitors are being told to isolate themselves in hotel rooms or government-run centres, while residents are required to stay in their homes.

Flouting the new rules will be punishable with a fine and a prison sentence. There have been 26 confirmed cases of the virus in Hong Kong.

On Thursday, a 60-year-old US citizen - the first confirmed non-Chinese victim of the illness - died in Wuhan's Jinyintan Hospital.

On Saturday, France confirmed five new cases in a ski chalet in its Haute-Savoie region, including a nine-year-old boy, which brings the total of infected people in the country to 11.

French Health Minister Agnès Buzyn said all of the five new cases were British nationals staying in the same chalet, which had also housed a Briton who had been in Singapore. Their condition is not said to be serious. A further six people who stayed at the chalet are under observation.

There has also been widespread anger and grief across China over the death of Li Wenliang, a doctor who tried to warn about the new coronavirus. He contracted the virus while treating patients in Wuhan, in Hubei province.