Another generation of unsustainable housing 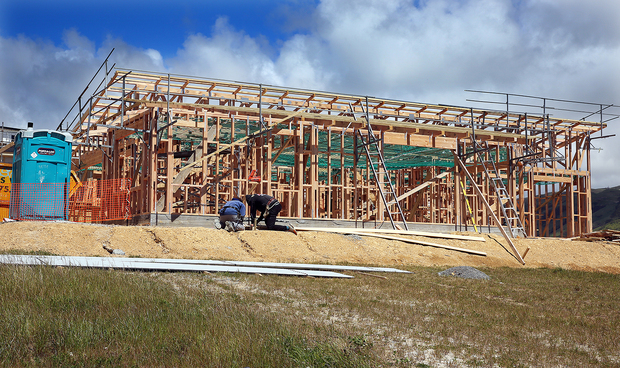 Clean and green might be New Zealand's self-claimed slogan but when it comes to building houses, it's a very different story.

Massey University and the Building Research Association have recently revealed that most new-builds in the country are putting out carbon emissions five times higher than the levels set by the Paris climate change agreement.

And that puts New Zealand firmly behind most other OECD countries in keeping things green when it comes to building and running houses.

Today, Sharon Brettkelly speaks to the Green Building Council about what we’re doing so wrong. Chief Executive Andrew Eagles says one of the factors is the lack of insulation in our building materials.

“We’re substantially below the UK and Europe, even where they were 17 years ago. What we’re talking about is insulation rates right around the walls the ceilings the floor, the windows – all those standards are really low relative to much of the OECD,” he says.

One other big problem is the amount of construction waste being dumped.

“Fifty percent of the waste that goes to landfill is construction waste or demolition waste,” he says.

So what’s the best way of building a home with low emissions and then running it at zero carbon?

Brettkelly finds out by talking to Auckland woman, Rochelle Payne, who is on a mission to do just that.

There are clear differences in Payne’s home than what you would see on a normal build. She has a compostable toilet and the wall around the house is 600 millimetres thick filled with rammed earth and insulation.

“The idea is you don’t want to be losing heat,” she says.

But Payne raises the pressing issue of the other side of the coin - what to do when it gets too hot.

In the recent heatwave in Auckland the house was getting up to 35 degrees.

“There’s a very, very strong discourse in New Zealand on cold and damp…[but there’s] very little on hot and humid which is the counter balance,” she says.

Payne says the ratings system is falling short on what it promises to deliver, and people need to work out what they want from a low carbon home before they embark on a project.