The three main political parties have tied in first preference votes, according to an exit poll for the Republic of Ireland's general election. 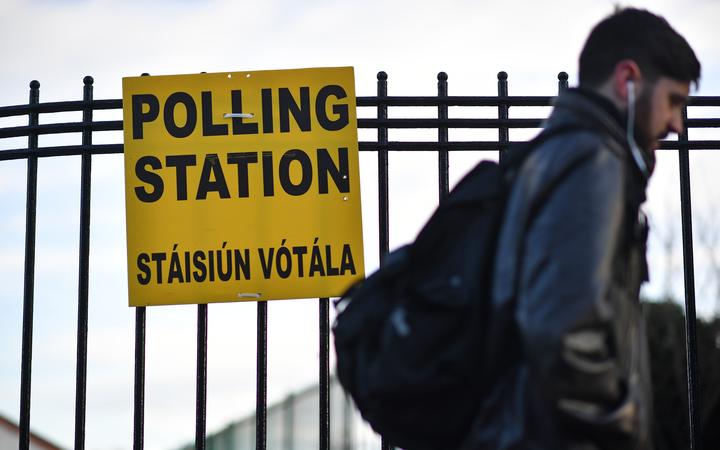 The earliest indications from the poll suggested there was little difference between Fine Gael, Sinn Féin and Fianna Fáil.

Polling closed in the general election at 22:00 GMT.

Counting to elect the 33rd Dáil (Irish parliament) will begin on Sunday in all 39 constituencies.

The poll was commissioned jointly by RTÉ, The Irish Times, TG4 and UCD and included sampling of 5000 respondents at 250 polling stations.

RTÉ saidvoting appeared to have been "solid", however there was no expectation of a spike in voting compared to 2016 despite it being the first ever Saturday general election vote.

Factors that may have affected turnout included poor weather and international rugby.

Indications are that Independents took 11.2 percent of first preference votes.

The poll suggested a move toward Sinn Féin among younger voters, with the party receiving the largest number of first preference votes among 18-24 years olds (31.8%).

The majority of voters over the age of 65 appeared to have given their first preference to Fine Gael or Fianna Fáil.

There is a margin of error of 1.3% in either direction in the exit poll.

A total of 160 representatives will be returned to the Dáil and newly elected TDs will gather on 20 February.

The ceann comhairle, or speaker, is automatically re-elected.

In most situations, the speaker does not vote, so a government will need 80 TDs to hold a majority.

It is unlikely that any party will reach that number, so another coalition government is probable.

The election uses proportional representation with a single transferrable vote.

People living on 12 islands off the coasts of counties Galway, Mayo and Donegal voted on Friday.

Legislation to allow islanders to vote on the same day as other voters had not been passed by the time the general election was called.

Traditionally, islanders have voted ahead of the rest of the country to ensure that bad weather does not hamper the return of ballot boxes to the mainland in time for the count, which will start on Sunday.

About 2100 island residents were eligible to vote.