By Tom Edgington for BBC News

When the UK formally leaves the European Union, at midday Saturday NZT, it will immediately enter an 11-month transition period.

During the transition the UK will continue to obey EU rules and pay money to the EU. Most things will stay the same but there will be some changes: 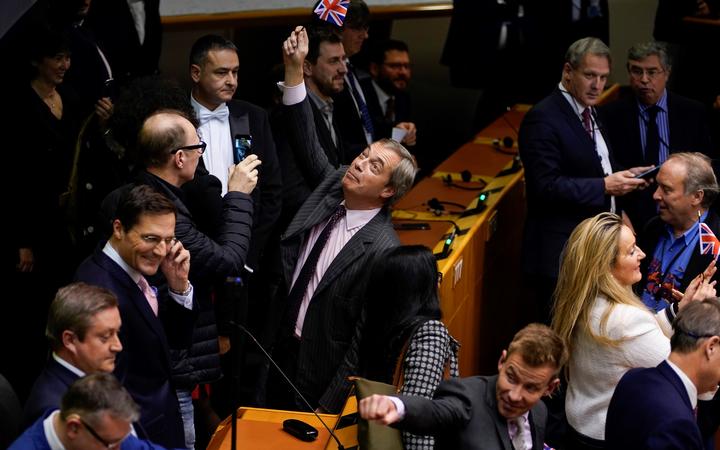 Britain's Brexit Party leader Nigel Farage holds up a small Union Jack in the European Parliament following a vote to ratify the Brexit deal. The party won the most UK seats in the May 2019 European elections Photo: AFP

Familiar faces such as Nigel Farage and Ann Widdecombe are among the UK's 73 MEPs who will automatically lose their seats in the European Parliament.

That's because, at the moment of Brexit, the UK will leave all of the EU's political institutions and agencies.

However, in addition to the UK following EU rules during the transition period, the European Court of Justice will continue to have the final say over legal disputes.

UK Prime Minister Boris Johnson will have to be specially invited if he wants to join other leaders at EU Council summits in the future.

3. There will be a lot of talk on trade

The UK will be able to start talking to countries around the world about setting new rules for buying and selling goods and services.

It has not been allowed to hold formal trade negotiations with countries like the US and Australia while it remained an EU member. Brexit supporters argue that having the freedom to set its own trade policy will boost the UK's economy.

There's also a lot to be discussed with the EU. Agreeing a UK-EU trade deal is a top priority, so extra charges on goods and other trade barriers aren't needed when the transition ends.

If any trade deals are reached, they won't be able to start until the transition period ends.

4. The UK's passports will change colour 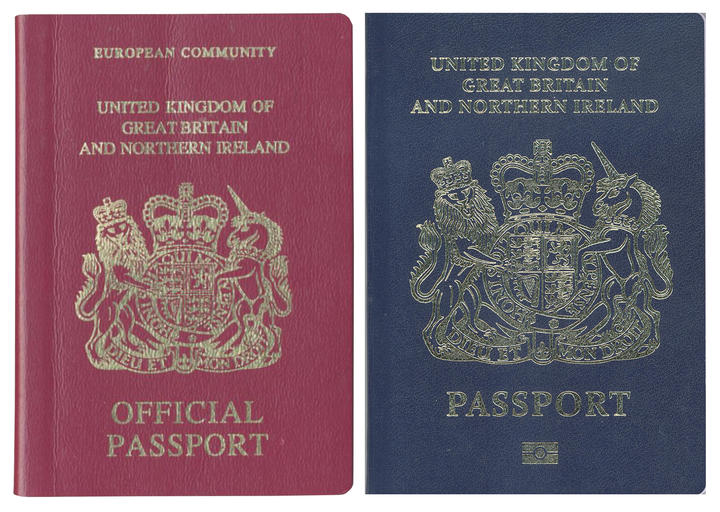 Blue passports will be making a return, more than 30 years after they were replaced by the current burgundy design.

Announcing the change in 2017, then Immigration Minister, Brandon Lewis, praised the return to the "iconic" blue-and-gold design, first used in 1921.

The new colour will be phased in over a number of months, with all new passports issued in blue by the middle of the year.

Existing burgundy passports will continue to be valid.

About three million commemorative 50p Brexit coins bearing the date "31 January" and the inscription: "Peace, prosperity and friendship with all nations", will enter circulation on Friday.

The coin has received a mixed reaction, with some Remain supporters saying they will refuse to accept it.

The government had planned to introduce a similar coin on 31 October, the date Brexit was previously meant to happen.

However, those coins had to be melted down and recycled after the deadline was extended.

6. The UK's Brexit department shuts down

The team that handled the UK-EU negotiations and no-deal preparations will disband on Brexit day.

The Department for Exiting the European Union was set up by former Prime Minister Theresa May in 2016.

For the upcoming talks, the UK's negotiating team will be based in Downing Street.

7. Germany won't extradite its citizens to the UK

It won't be possible for some suspected criminals to be brought back to the UK if they flee to Germany.

Germany's constitution does not allow its citizens to be extradited, unless it's to another EU country.

"This exception cannot apply anymore after the UK has left EU," a spokesman from the German Federal Ministry of Justice told BBC News.

It's unclear if the same restrictions will apply to other countries. Slovenia, for example, says the situation is complicated, while the European Commission was unable to provide comment.

The UK Home Office says the European Arrest Warrant will continue to apply during the transition period. (That means Germany will be able to extradite non-German citizens.)

However, it adds that if a country's laws prevent extradition to the UK it "will be expected to take over the trial or sentence of the person concerned".

Seven things that will stay the same...

Because the transition period begins immediately after Brexit, the vast majority of other things remain the same - at least until 31 December 2020 including: 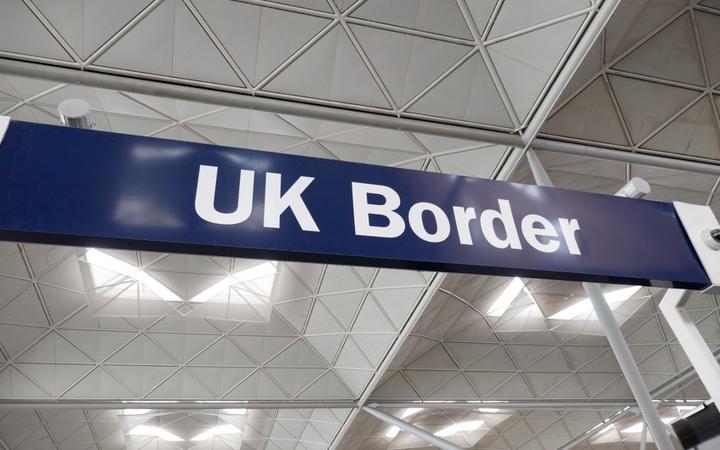 UK nationals will still be treated the same as EU nationals during the transition Photo: Nicolas Economou/NurPhoto

Flights, boats and trains will operate as usual.

When it comes to passport control, during the transition period, UK nationals will still be allowed to queue in the areas reserved for EU arrivals only.

As long as they are valid, these will continue to be accepted.

These are the cards that provide UK nationals with state-provided medical treatment in case of illness or accident.

They can be used in any EU country (as well as Switzerland, Norway, Iceland and Liechtenstein) and will continue to be valid during the transition period.

4. Living and working in the EU

Freedom of movement will continue to apply during the transition, so UK nationals will still be able to live and work in the EU as they currently do.

The same applies for EU nationals wanting to live and work in the UK.

UK nationals living in the EU will continue to receive their state pension and will also receive the annual increase. 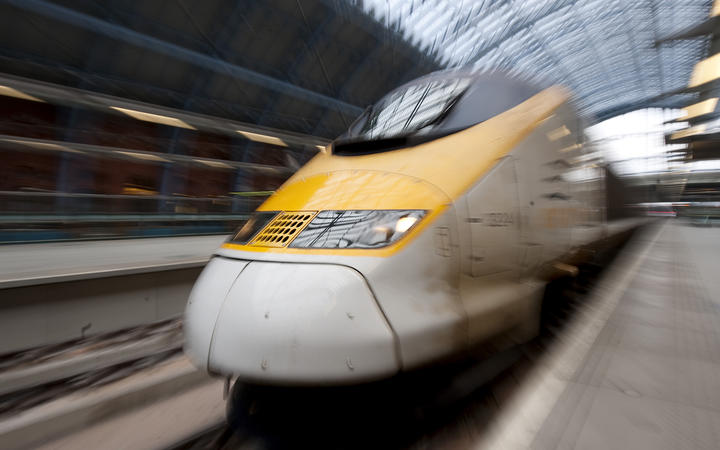 UK-EU trade will continue without any extra charges or checks being introduced.