A new section of US President Donald Trump's signature wall along the US-Mexico border has been blown over in high winds, US officials say. 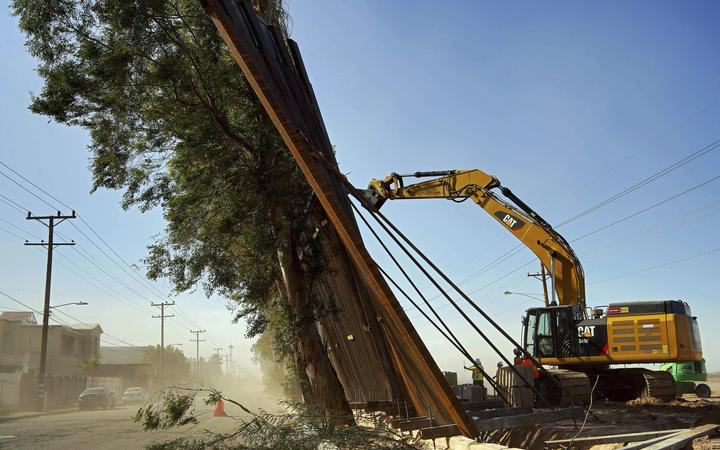 A construction crew works on a fallen section of the US-Mexico border wall as seen from Mexicali, Baja California state, Mexico, on January 29, 2020. Photo: STR / AFP

Steel panels from the fence in the town of Calexico, California were knocked down on Wednesday morning (local time).

The concrete used to anchor the 9m-tall panels in place had not yet dried.

Gusts of around 48km/h were reported at the time, the US National Weather Service said.

The fence is part of the Trump administration's ongoing construction project to stop illegal migration across the 3145km-long US-Mexico border. 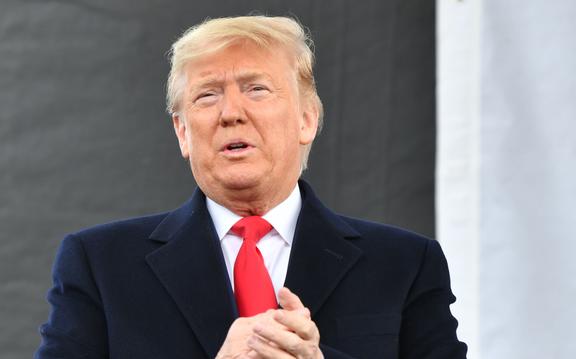 US President Donald Trump arrives at the 47th annual "March for Life" in Washington, DC, on 24 January, 2020. Photo: AFP

On Tuesday, Trump boasted at a campaign event in New Jersey that the wall was "going up at record speed".

A day later, high winds blew a section of newly installed panels against trees lining a road in Mexicali, a city on the Mexican side of the border.

"Luckily, Mexican authorities responded quickly and were able to divert traffic from the nearby street," US Border Patrol agent Carlos Pitones told the LA Times.

There was no damage to property or injuries, Pitones said.

Pictures from the border show construction workers with a crane apparently attempting to fix the fence, which appears lopsided.

When visiting a section of the wall in California last year, Trump described its concrete and steel slats as "virtually impenetrable".

The project has been hampered by legal challenges from the beginning, but it has made progress, albeit slowly.

Earlier this month, the Trump administration said it had built around 100 miles of new wall. Much of this, however, has replaced existing structures.

Trump announced his intention to use Pentagon funds for the wall last February, after a 35-day government shutdown triggered by his demand that congressional Democrats approve funding for the barrier.

He declared a national emergency, arguing that Americans were in danger due to lax southern border security.

Earlier this month, a US appeals court lifted a legal block on $3.6bn in defence funds, allowing Trump to spend money on the project.