Opinion - At 11pm (GMT) on Friday, the United Kingdom will leave the European Union (EU). At midnight in Brussels, the Union flag will be hauled down and exhibited in the House of European History museum. 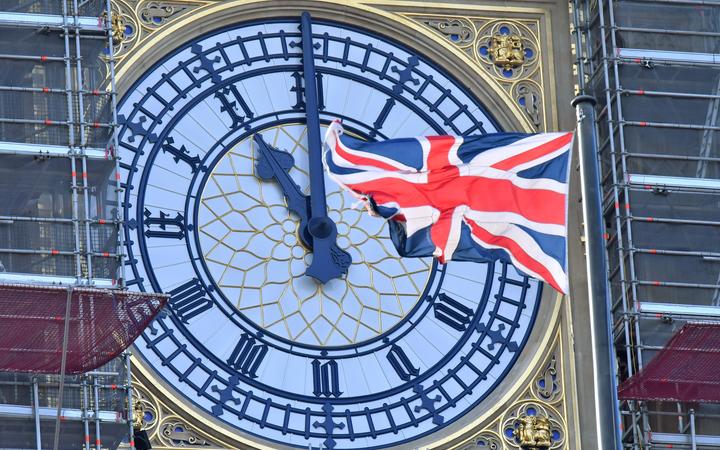 The clock face of Elizabeth Tower shows the hands at eleven o'clock as a Union Flag flies in front of it in London on January 28, 2020. Photo: Justin Tallis / AFP

The UK will mint coins celebrating leaving and put on special light displays in Westminster. This is the first part of the political divorce: the withdrawal agreement-some 600 pages long.

The question of Northern Ireland is resolved, citizens' rights agreed and the divorce bill for the UK of $NZ66 billion is included.

Until 31 December this year, the UK remains a sleeping partner in the EU's single market and customs Union. Those months will be used to try to strike a free trade deal and quotas (or not) on goods and services, and arrangements for the fishing industry, between the UK and EU.

It has been nearly four years (and three prime ministers) ago since the UK voted in the 2016 referendum to leave.

There is a symmetry about membership. It took three prime ministers to get Britain into the embryonic EU. The UK was going down the economic gurgler and the then-six members of the embryonic EU were going in the opposite direction.

Only when Charles de Gaulle, the UK's nemesis, was dead did the UK's application to join succeed in 1973.

De Gaulle had always refused the UK's European membership on the grounds it was more aligned to the USA and would be a semi- detached member at best. Maybe he was onto something there.

Forty-seven years later the UK is leaving. How has this come about?

It has been a long time in the making. In 1975, the UK held a referendum on continuing membership.

Then the Labour Party was split on membership. Harold Wilson, Labour prime minister, proposed a referendum to paper over the cracks.

The arguments then centred on "sovereignty". That the UK could go it alone (with the Commonwealth, of course) as it had for centuries, and succeed without Europe, was the leavers' platform.

The referendum resulted in a 67 percent vote 'yes' to stay and 33 percent 'leave'. Cross party support for membership (interestingly with Margaret Thatcher a leading remainer ) was a clear signal to the electorate that the EU was thought to be a good thing. 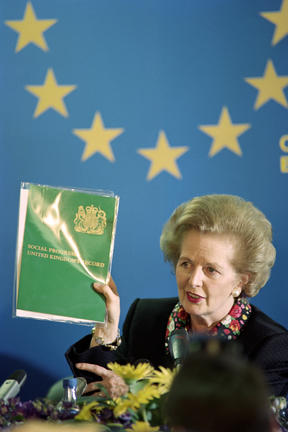 Thatcher as prime minister was an active member of the EU; demanding UK opt-outs but also in favour of the single market and an expanded EU, including the former communist regimes in Eastern Europe. The freedom of movement of people in the EU and particularly from those new countries (agreed by the UK) was to prove the Achilles heel to remaining, in the referendum of 2016.

Trade and a wider Europe were fine with her but political union was not. From 1988 till her resignation, she became a Eurosceptic. Her stance encouraged a growing anti-EU movement in her own party.

Move to 2016 and the referendum agreed by a Conservative prime minister, David Cameron, to keep his angry party together. It was a concession as he (or someone in his inner circle) allegedly put it to stop "swivel eyed loons" banging on about the EU.

But this time the referendum political landscape was very different. 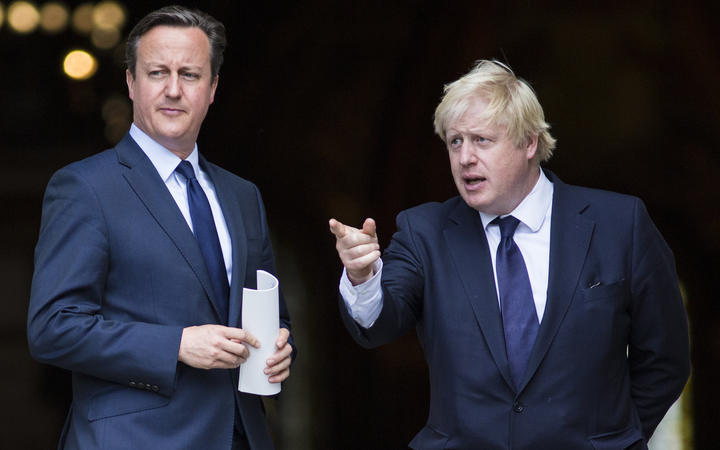 David Cameron when he was prime minister in 2015 and Boris Johnson, who was London mayor at the time. Photo: Jack Taylor / AFP

There had been 30 years of almost ceaseless UK media denigration of the EU. It led to the rise of grassroots hostility to the EU. UKIP and then the Brexit Party threatened the main political parties, but especially the Conservative Party.

It was an EU of 28 countries not six: a Euro currency and a much more integrated political system with the ramifications and complications of a single market and a customs union. And above all, the arrival of thousands of Eastern European workers in the UK.

So anti-immigration formed the basis of much of the leave campaign. So did the simple "take back control" message. And a belief that the National Health Service could be re-floated with money saved by leaving.

Already, the UK government is talking up alternative free trade partners. Principally the USA. And not following the EU's environmental, food and many other standards. A negotiating ploy? Who knows.

Only Cameron's "loons" thought it would be easy.