The Brexit situation is the UK has become more complicated and fraught as time has gone on, and as deals have been drafted and rejected. One phrase that's bandied about often, a crucial part of the Brexit negotiations, is the "Irish backstop" - it aims to prevent a hard border in Ireland after the UK leaves the EU. Already confused? Understandable.

That's why our Expert Segment today is all about the Irish border. Sonja Tiernan is the Eamon Cleary Chair in Irish Studies at Otago University and she's here to answer all our questions. 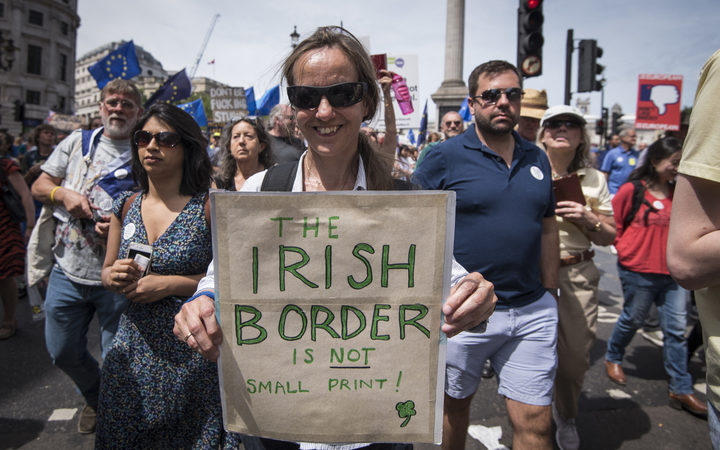 A protester holds a signs expressing her concerns regarding the Irish border at the people's vote march in London, United Kingdom where thousands rallied to protest against Brexit on June 23 and ask for a referendum on the final Brexit deal. Photo: Benjamin Furst / Hans Lucas / \AFP