There are celebrations and commiserations around the UK as 47 years of EU membership has come to a close. 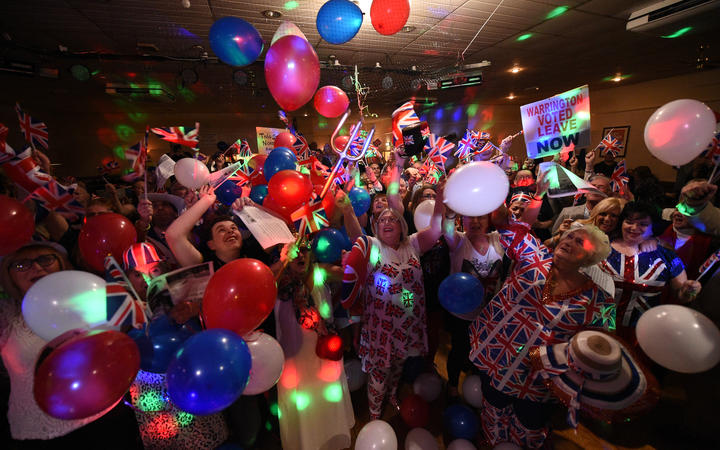 The UK has officially left the European Union after 47 years of membership - and more than three years after it voted to do so in a referendum.

The historic moment, which happened at 23:00 GMT, was marked by both celebrations and anti-Brexit protests.

Candlelit vigils were held in Scotland, which voted to stay in the EU, while Brexiteers partied in London's Parliament Square.

Boris Johnson has vowed to bring the country together and "take us forward".

In a message released on social media an hour before the UK's departure, the prime minister said: "For many people this is an astonishing moment of hope, a moment they thought would never come.

"And there are many of course who feel a sense of anxiety and loss.

"And then of course there is a third group - perhaps the biggest - who had started to worry that the whole political wrangle would never come to an end.

"I understand all those feelings and our job as the government - my job - is to bring this country together now and take us forward."

He said that "for all its strengths and for all its admirable qualities, the EU has evolved over 50 years in a direction that no longer suits this country".

He added: "The most important thing to say tonight is that this is not an end but a beginning," he said, and "a moment of real national renewal and change". 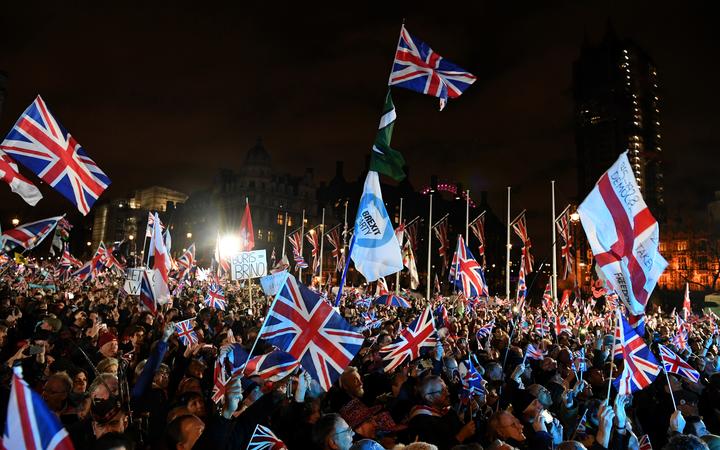 How did the UK mark the moment?

Brexit parties were held in pubs and social clubs across the UK as the country counted down to its official departure.

Pro-EU demonstrators staged a march in Whitehall to bid a "fond farewell" to the union - and anti-Brexit rallies and candlelit vigils were held in Scotland.

In Northern Ireland, the campaign group Border Communities Against Brexit staged a series of protests in Armagh, near to the border with the Republic of Ireland.

In a speech in Edinburgh, First Minister Nicola Sturgeon said Scotland was being "taken out of the European Union against the wishes of the overwhelming majority" of its people. 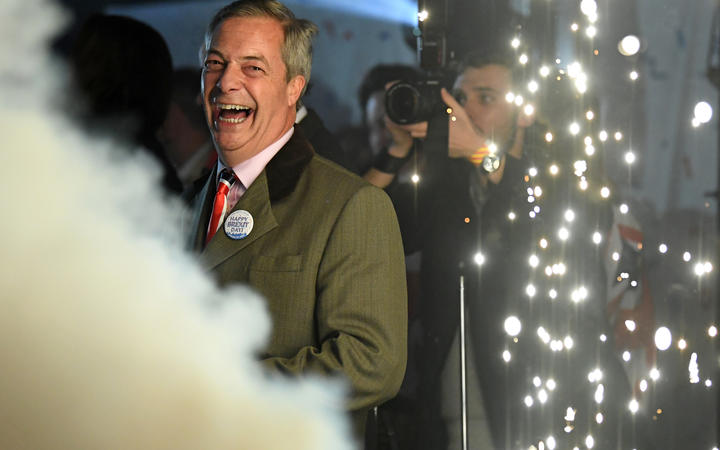 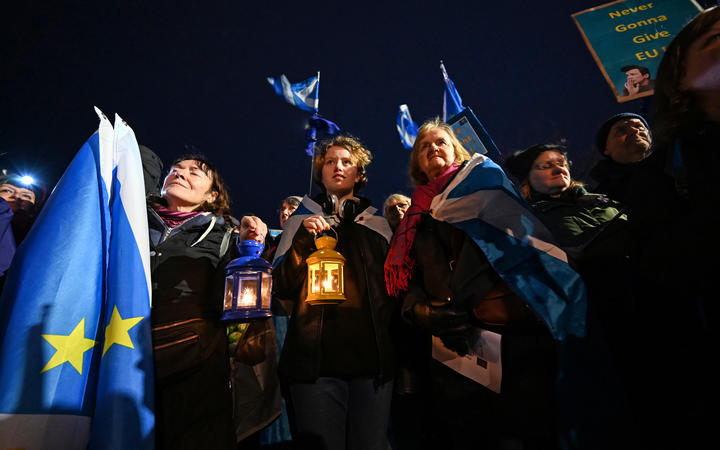 UK citizens will notice few immediate changes now that the country is no longer in the European Union.

Most EU laws will continue to be in force - including the free movement of people - until 31 December, when the transition period comes to an end.

The UK is aiming to sign a permanent free trade agreement with the EU, along the lines of the one the EU has with Canada.

But European leaders have warned that the UK faces a tough battle to get a deal by that deadline.

What's the reaction in Europe?

European Commission president Ursula von der Leyen has said Britain and Brussels will fight for their interests in trade talks.

She paid tribute to UK citizens who had "contributed to the European Union and made it stronger" and said the UK's final day in the EU was "emotional".

French president Emmanuel Macron said: "At midnight, for the first time in 70 years, a country will leave the European Union.

"It is a historic alarm signal that must be heard in each of our countries."

European Council President Charles Michel warned: "The more the UK will diverge from the EU standards, the less access to the single market it will have."

In Brussels, the British flag has been removed from its pole outside the European Parliament and replaced with the flag of the European Union.

How did things get here?

Britain joined what was then European Economic Community on 1 January, 1973, at the third attempt. Two years later the country voted by an overwhelming majority to remain in the bloc in the first nationwide referendum.

Conservative Prime Minister David Cameron held another referendum in June 2016, amid growing pressure from his own MPs and Nigel Farage's UK Independence Party.

Mr Cameron led the campaign to stay in the EU but lost by the narrow margin of 52 percent to 48 percent to the Leave campaign, fronted by fellow Conservative Boris Johnson.

Mr Cameron's successor as prime minister, Theresa May, repeatedly failed to get her version of an EU withdrawal agreement passed by Parliament and was replaced by Mr Johnson, who also failed to get his plans through.

Mr Johnson managed to secure an early general election in December last year, which he won with an 80 seat majority, on a promise to "get Brexit done".

The PM's EU withdrawal bill was approved by MPs just before Christmas.