New Zealand companies and exporters will face little change to business when Britain leaves the European Union (EU) on Saturday. 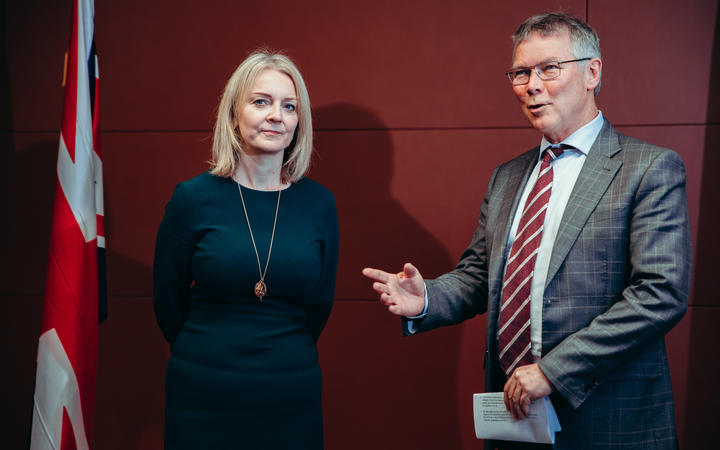 The UK and the EU part ways officially on January 31, but current trade arrangements would continue, while the two sides negotiate new customs rules.

The European Union took more than $9 billion worth of New Zealand exports in the year to September, with a third of that going to Britain.

New Zealand trade commissioner to London Nick Swallow said the country's trade relationships with both powers would stay the same until the Brexit transition period ended in December.

"For New Zealand businesses, what that means is it's pretty much business as usual, right up until the 31st of December," Mr Swallow said.

After that, it was anyone's guess what the final Brexit deal would look like, but the government is confident of raching a free trade agreement (FTA) with Britain by then.

"Our Government is pursuing an active trade agenda, and we are confident the United Kingdom is a partner with whom we can negotiate an ambitious agreement at an early stage following the UK's exit from the EU," Trade Minister David Parker said.

Mr Parker met with Britain's Secretary of State for International Trade Liz Truss last week to discuss an FTA, while discussions with the EU over a FTA have been underway for more than a year.

"We are really hoping that the UK and the EU find a way to continue their own relationship that they already have," she said.

"That will mean more stability for everyone."

Another issue yet to be settled is quotas for certain products. The EU wants to split them 50-50 between it and Britain, which New Zealand and other countries oppose.

"Currently New Zealand has flexibility around where it sends its lamb meat. A split would mean that there would be a loss of that flexibility."

However, Brexit is not proving a headache for the New Zealand listed freight company Mainfreight, which earned a fifth of its revenue in Europe.

It planned to open three third-party warehouses in Britain for customers to import products there directly, instead of through other countries in Europe.

"It is something that New Zealand businesses need to keep an eye on. They will need to adjust their business where there are risks or opportunities."