Five Britons have tested positive for coronavirus in eastern France, the French health minister has confirmed.

Four adults and a child were diagnosed with the virus after coming into contact with a British national who recently returned from Singapore.

The man returned to the UK on 28 January before being diagnosed with the virus himself on Thursday.

Meanwhile, a final repatriation flight with over 200 British passengers has left Wuhan, the centre of the outbreak.

The flight is due to land in the UK in the early hours of Sunday morning, when passengers will be taken to a conference centre in Milton Keynes for a 14-day quarantine.

In France, the five Britons with the coronavirus - who were staying in the same ski chalet - were not in a serious condition, French officials said.

But the authorities are closing two schools next week, both of which are attended by the child with the virus, a nine-year-old boy who lives in the ski resort of Contamines-Montjoie with his family.

There have been almost 35,000 cases of the coronavirus globally, mostly in China. The latest infection is thought to stem from a man who became the UK's third confirmed case when he tested positive on his return to Brighton.

The Briton had stayed in Singapore on a business trip from 20 to 23 January, the French health ministry said.

He arrived at Contamines-Montjoie, in Haute-Savoie, on 24 January for a four-day stay, before returning to England on 28 January.

On his return to the UK, he is thought to have isolated himself at his Brighton home and called the NHS 111 number. After a positive test, he was taken to St Thomas' Hospital in London where he is being treated.

Public Health England also advised a student at Portslade Aldridge Community Academy in Brighton to self-isolate for 14 days, as part of their investigation into the same case of coronavirus. The school said it had been advised by health authorities that there was no need to close.

The Brighton man told UK authorities that he had visited a chalet in Contamines-Montjoie, prompting French officials to take the 11 Britons staying there to hospitals in Lyon, Saint-Etienne and Grenoble on Friday night.

The chalet has two apartments where two families were staying. A British couple and their three children, who are now resident in France, lived in one. The mother is in the UK at the moment and has been contacted.

Seven of their friends were staying in the other apartment.

Those with the virus are the father of the family resident in France and his nine-year-old son, as well as three members of the visiting family.

The nine-year-old boy attends the local school and has French classes at another school in St-Gervais. Both schools will be shut next week, and parents are being asked to keep their children under observation.

A crisis unit has been set up as a result of the new cases.

It comes as four members of the same British family were admitted to hospital in Majorca after contact with a coronavirus carrier.

They are being tested at the University Hospital of Son Espases in Palma.

The British family said they had been in contact with a person who recently tested positive for the virus in France, the government in Spain's Balearic Islands said.

Meanwhile, a British man transferred from a cruise ship off the coast of Japan on Friday after testing positive for the virus is said to be feeling well and in good spirits.

Alan Steele, from Wolverhampton, on his honeymoon with his wife Wendy, was among 61 people to be taken off the ship for hospital treatment.

The majority of confirmed cases worldwide are in mainland China, where the total stands at 34,598. 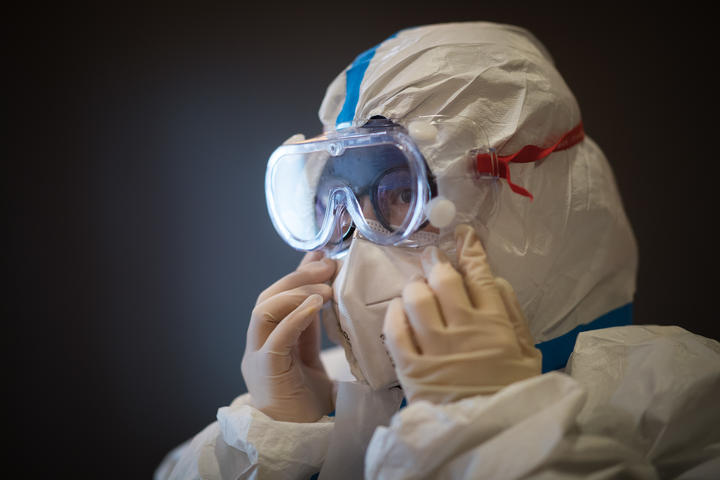 On Saturday, the death toll rose to 723 in China, including one American in Wuhan. A Japanese man also died in Wuhan with symptoms consistent with the virus.

Outside China, 288 cases have been confirmed in 24 countries, according to the World Health Organization (WHO), with one fatality in the Philippines.

The five new cases in France brings the total in the country to 11.

Elsewhere, Hong Kong has begun a mandatory two-week quarantine for anyone arriving from mainland China after 26 cases were recorded in the territory.

On Saturday WHO warned that "trolls and conspiracy theories" are undermining their response to the virus.