Rockets have been fired at the US army base in Camp Taji, north of Baghdad, which houses New Zealand's remaining troops in Iraq. 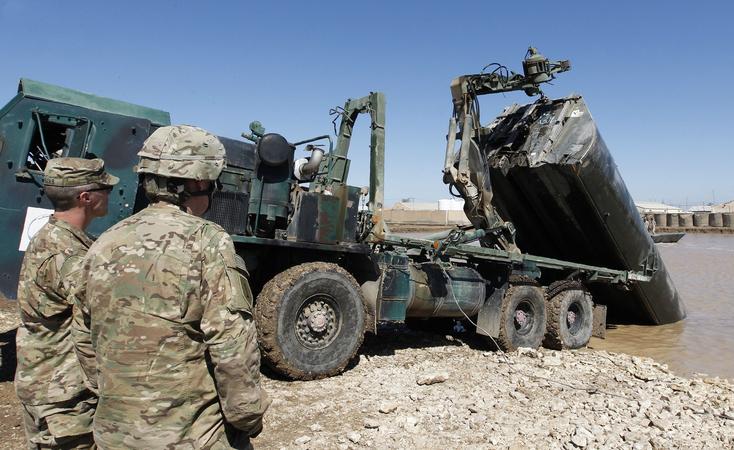 US army forces supervise during a training session at the Taji camp, north of Baghdad in 2017. File photo Photo: AFP

An Iraqi military statement said the camp had been targeted by Katyusha rockets.

Sky News reported a missile landed near the camp's gates, wounding a member of the security forces.

The US-led military coalition fighting Islamic State said that no troops were affected in the attack.

"No Coalition troops were affected by this small attack at Taji Base," coalition military spokesman Colonel Myles Caggins III said in a tweet.

Taji is the base where the remaining 45 New Zealand defence force personnel are stationed in Iraq.

The New Zealand Defence Force (NDF) said all New Zealand soldiers at the camp are safe and accounted for.

A spokesperson said the rocket attacks where New Zealand soldiers are training Iraqi security forces are a regular occurrence.

The rockets landed approximately three kilometres outside of Taji Military Complex and no NZDF personnel were in the vicinity.

In a statement the NZDF says it "takes all precautions necessary in theatre to keep our people safe and continues to monitor the security situation''.

The Jerusalem Post reported five rockets were fired at the army base, which also hosts US troops.

The BBC reported no rocket hit the base itself.

No group has claimed responsibility for the attack.

The Iraqi military said on Sunday local time four people were wounded after eight Katyusha rockets were fired at Balad air base, which houses US personnel about 80km north of Baghdad.

Camp Taji was not the target in those attacks and no New Zealanders were injured.

Tensions are high in the Middle East after the US killed top Iranian general Qasem Soleimani in a drone strike at Baghdad airport.