The US House of Representatives has passed a resolution that aims to limit President Donald Trump's ability to make war on Iran. 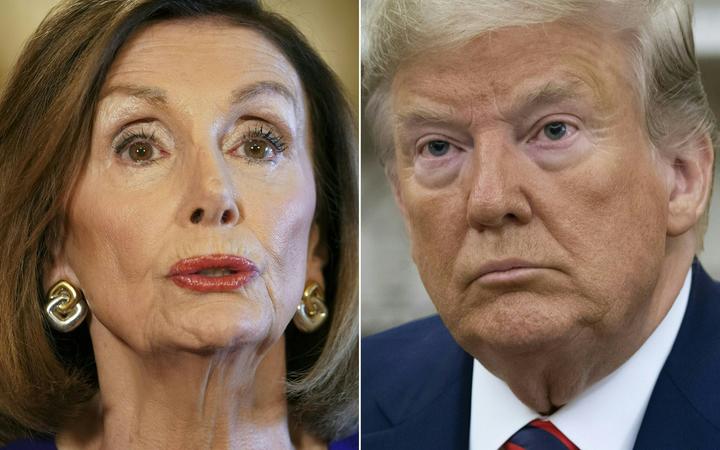 The largely symbolic measure seeks to mandate congressional approval for any conflict with Iran, except in cases of an imminent attack against the US.

Neither the US nor Iran have declared plans for further military action.

Today's measure directed the president to "terminate the use of United States Armed Forces" against Iran unless granted congressional authorisation.

It offers an exception when necessary to "defend against an imminent armed attack".

Even if the measure clears Congress, it would not reach the president's desk for a potential veto because it is a concurrent resolution and lacks the force of law.

The measure cites the 1973 War Powers Act, which granted Congress the ability to check the president's power to commit the US to armed conflict.

But the legal questions remain unresolved over whether Congress can use a concurrent resolution to bind the president.

House Speaker Nancy Pelosi said she did not believe Trump had made the US safer after last week's drone strike that killed Iranian commander Qasem Soleimani.

Trump, a Republican, meanwhile tweeted that he hoped "all House Republicans will vote against Crazy Nancy Pelosi's War Powers Resolution".

He also made a new claim about the intelligence behind the air raid, telling reporters at the White House later that the Iranians were "looking to blow up our embassy" in Iraq.

The war powers resolution gathered momentum after a congressional briefing on Wednesday by administration officials seeking to justify the attack.

Mike Lee of Utah and Rand Paul of Kentucky said they might back a similar resolution in the Senate seeking to limit the president's war powers.

Their potential defection raises the chances for the measure in the upper chamber, where Republicans hold a 53-47 majority.

Lee told reporters it was "the worst briefing I've seen at least on a military issue in the nine years I've served".

Lee said the administration officials had warned them against even debating the president's authority to strike Iran, describing such an approach as "un-American" and "insane".

But most Republicans lawmakers stood by the president.

Doug Collins of Georgia claimed Democrats were "in love with terrorists" and grieving more for Soleimani than for US service personnel killed by the Iranian commander.

"They mourn Soleimani more than they mourn our Gold Star families who are the ones who suffered under Soleimani," he told Fox News.