National says the government should ignore advice from Iran and not pick a side in its conflict with the US. 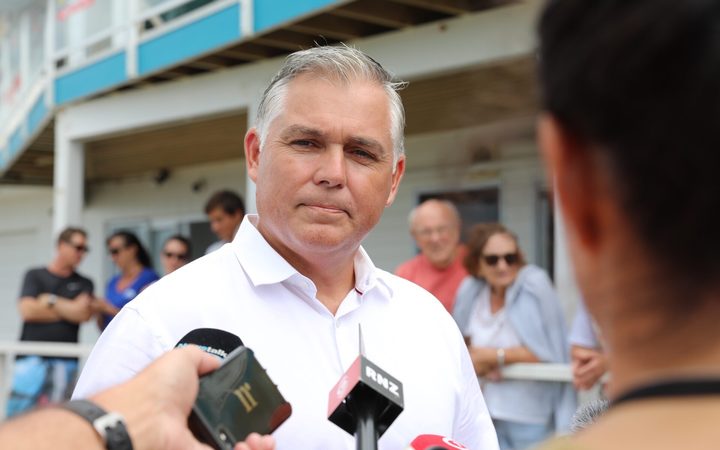 Iran's embassy in Wellington told RNZ yesterday that New Zealand should come out against the "wrong approach" of the Trump administration. It called on New Zealand to promote peace and security in the Middle East after it fired rockets on US bases in Iraq.

"We're not up there to take advice or directions from Iran. What we would is that ... we welcome the fact they are engaging with the US and using diplomatic channels to try to resolve the tension."

He was happy US President Donald Trump had reported a stay in conflict but said New Zealand should not be distracted from its purpose in the Middle East.

"We should be pleased that there is a return to diplomatic channels and that is going to be the best way to resolve this.

"In terms of our role in Iraq is that all the coalition and the Iraqi government need to remain focused and not distracted on the fact that the reason why we made this significant commitment was to defeat ISIS and make sure they didn't come back.

"Not only were they a threat to the region, they were a global threat. And although most of the work has been done ... if the coalition was to leave then in my experience in Iraq then it would create a vacuum where there is a real risk that ISIS would come back."

When asked about the Iraqi government's request that foreign military leave the country, Mitchell said: "The Iraqi government has passed a resolution ... there's more democratic processes they have to go through in terms of passing legislation ... I hope that calmer heads would prevail and that there'd be a reset and they'd get their focus back on the fact that ISIS is the real threat ... and let Iran and the US work through diplomatic channels in resolving those issues.

"All that i would say is that ... we should be very clear that our expectation is that (the Iraqi government) do everything they can to maintain security, especially around coalition bases to prevent any type of direct or indirect fire attack."

The government and the New Zealand Defence Force have both refused be interviewed on the situation in the Middle East.