New Zealand has a strong reputation for empathetic politics in the Middle East, and should rise above condemnations and call for peace, a security expert says. 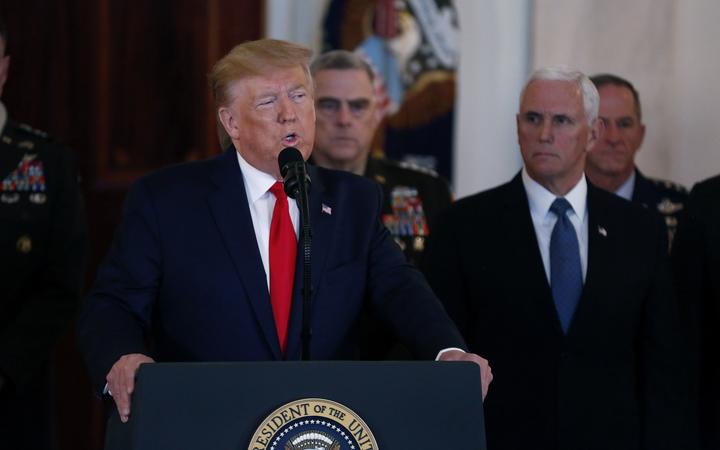 US President Donald Trump addresses the nation regarding the Iranian attack on two US military bases in Iraq. Photo: AFP

Negar Partow, a senior lecturer in defence and security studies at Massey University, was born in Iran but has lived in New Zealand since 2002.

Dr Partow told RNZ's Summer Report the international community had some breathing room after the US administration took a measured response to Iran firing missiles at American air bases in Iraq.

Earlier today US President Donald Trump said there were no US casualties in the Iranian strikes on military bases housing US troops in Iraq, and that Tehran appeared to be standing down.

"It is not that we are actually in a de-escalated and peaceful situation but we now have a breathing space for the international community to insist and to encourage and to talk about peace and to de-escalate the situation furthermore," Dr Partow said.

Iran said the missile strikes were in retaliation for the assassination of top Iranian general Qasem Soleimani by a US drone strike at Baghdad airport.

Soleimani was tasked with defending and projecting Iranian interests abroad, was hailed as a hero in his home country, and was regarded as having been instrumental in the defeat of Isis in Syria.

The US has labelled him a terrorist, and in explaining why he ordered the strike, Trump said he was acting on an "imminent" threat though some commentary.

Dr Partow said she thought there was actually a lot of US and Iranian domestic politics involved, more than international politics.

"In Iran, the hardliners are using it in order to justify the tension over nuclear discussions and tensions in the international community. Also, as we know, the sanctions [are] hurting so bad and we have oppositions and demonstrations within Iran, and this allows the hardliners in Iran to quieten the reformers. 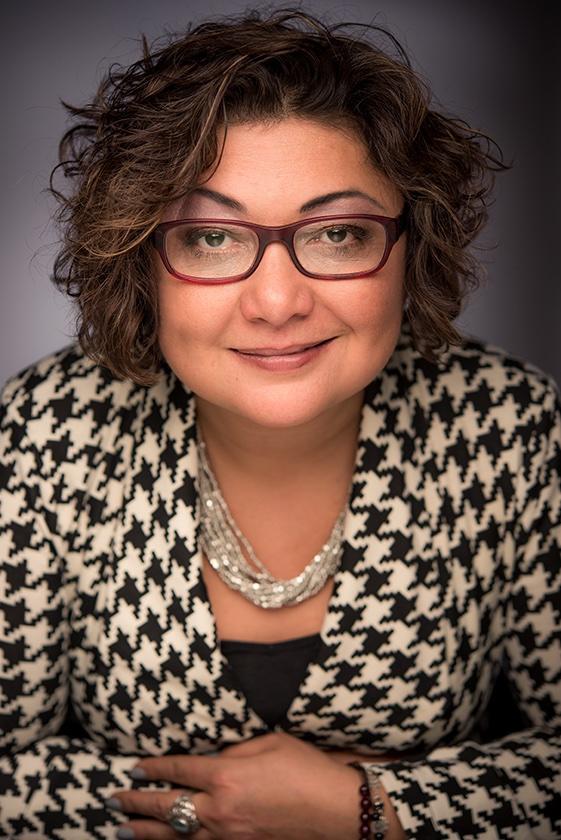 "I haven't seen any news from any reformers who could have a say in this environment and talk about peace.

"In the United States, both Democrats and Republicans are using it as ... a utility in order to undermine and kind of get votes for the next elections.

"The American administration, they want to use it for election and kind of distracting the population from impeachment stories."

She said the breathing room would give international players time to insist and encourage peace and de-escalation of hostilities - something New Zealand and Prime Minister Jacinda Ardern should have a greater role in.

"I think we should actually have a say, we should have a louder voice - not condemning this party or that party but actually talk about peace and talk about the cost of this conflict and the importance of human security internationally," she said.

"New Zealand has a very great reputation across the Middle East - our Prime Minister Jacinda is loved by a lot of people. All her speeches, even her internal speeches, are translated into Persian and Arabic, and are vastly populated in social media.

"She is known and we are known as an empathetic political system who actually care about human security and this is our position in the United Nations Security Council, as well as all different international organisations.

"There's quite a lot of discussions about 'why don't we condemn this part of the conflict or that part', my position is ... we need to go above this condemnation of this and that and actually tell both of them off and bring them to the negotiation table.

"We are not in the situation that the world can actually handle more of these wars and spending of resources and bad management of resources, so it is important for New Zealand to have that voice globally and talk about human security loudly."

She said she thought it was unlikely the US would leave the region any time soon.

"Not in the near future, we do not see any signs," she said. "The future of military bases in Iraq is one of the major parts of this conflict and ... one of the things that instigated but also continues [to inflame tensions].

"There's also the issues of the cost of the military bases, what will happen to all the military equipment ... if they leave the country of Iraq and who will be the responsible agent for providing security in Iraq in general."

The situation was also complicated by the political situation in Iraq, she said.

"I have not seen ... that Iraqis are particularly pro-American and want to keep them, but I know that there is some disagreement in the Parliament of Iraq," she said.

There was a huge market of guns and arms in the Middle East, with a lot of different groups and militia that were not always allied with the country they were a part of, or the international community, she said.

Opposition calls for elimination of ISIS

The National Party said the government needed to focus its efforts on eliminating ISIS from the Middle East.

Due to conflict this week between Iran and the US, the Defence Force has halted training activites of its personnel based in Iraq's Camp Taji.

National's Defence spokesperson Mark Mitchell said New Zealand should not be distracted from its purpose in the region.

He said foreign forces operating in Iraq should "get their focus back on the fact that ISIS is the real threat".

"We just cannot allow a vaccum to be created again."

Mitchell said New Zealand should encourage a peaceful solution to the conflict and not take advice from Iran or the US.

"I don't think we should be picking sides."

Iran's embassy in Wellington on Wednesday urged New Zealand to react to a "wrong approach" by the US.

Acting prime minister Winston Peters yesterday said New Zealand personnel in Iraq were as safe they could be - but added he was deeply concerned.

Defence Minister Ron Mark had - before news of the missile attacks on the US bases - said he was not considering withdrawing New Zealand's troops.