Comment - US President Donald Trump has three options after Iran's rocket attack against two US bases in Iraq.

Trump has made a mistake in that he gambled Iran would not respond to the direct provocation of assassinating one of its top military commanders.

Trump and his advisers have been defending the US drone strike that killed Iranian military commander Qassem Soleimani who was in a convoy at Baghdad airport.

Reuters reported the Pentagon said Soleimani was planning attacks against Americans, and Trump said he would consider releasing intelligence reports that led him to direct the killing. 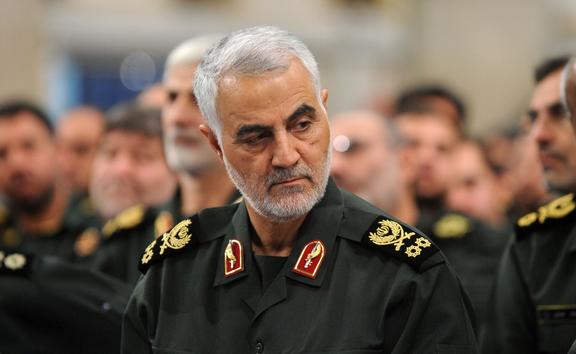 Iranian President Hassan Rouhani promised members of the dead commander's family that Americans will "feel the impact" of their "criminal act ... for years ahead".

At the time, Trump tweeted that the United States had targeted 52 Iranian sites, some "at a very high level & important to Iran & the Iranian culture" if Iran struck any American or American assets in retaliation.

However, his threats to inflict heavy pain upon Iran if they hit back at him has had the exact opposite effect to what he wanted.

That is not a surprise in itself as often groups or governments which are threatened, and told to act in a certain way, will respond with defiance.

The defiance of Iran in attacking American troops directly is unexpected. Most expected Iran to use its proxies/surrogates in the region to cause trouble for America, without Iran maintaining a facade of plausible deniability.

They have not opted for this.

Rather, they have decided to provoke Trump, to see if he is bluffing or not about having a full scale war with them.

Two points of the Iranian action are important to note.

2. They have issued a counter-threat to Trump. Namely, if he retaliates against these missile strikes against his two military bases, something could happen in America.

So, the question is what will Trump do? He has already tweeted that "all is well", but has also promised to make a another statement tomorrow.

He now has three options -

1. Turn the other cheek. Like when the US drone was shot down by Iran at a high-altitude last June. If he does this he will be seeking options like more sanctions and diplomatic isolation of Iran. This option is unlikely because (a) American deaths may have occurred in the missile strikes (2) he has talked himself into a corner.

2. He orders a proportionate response back - a dozen missiles against two military targets - and then both sides retire, and pause to catch breath and hopefully come to their senses.

3. He hits all 52 targets that he promised the other day, cultural sites and military ones. If this occurs, it will be a full blown regional war.

But note that this is not the Third World War. China and Russia are not allied to Iran via treaty. They will sell them weapons, but will not join the fight.

* Alexander Gillespie is a professor of law at Waikato University.