Fifty-six people have been killed and more than 200 injured in a stampede as Iranians gathered for the burial of a leading commander killed in a US drone strike. 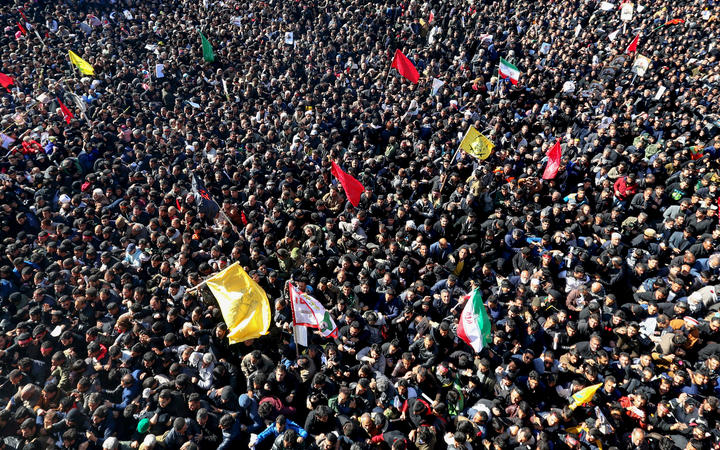 The deaths in Qasem Soleimani's hometown of Kerman led to his interment being delayed.

Millions are already estimated to have packed the streets for a series of funeral processions in Iran.

Soleimani's killing has raised fears of a conflict between the US and Iran.

The head of the Quds Force was tasked with defending and projecting Iranian interests abroad, and was hailed as a hero in his home country.

He was also regarded as having been instrumental in the defeat of Isis in Syria.

The US has labelled him a terrorist, and in explaining why he ordered the strike President Trump said he was acting on an "imminent" threat.

It is unclear what caused the stampede in Kerman, south-eastern Iran, but vast numbers of people had been in the streets on ahead of the planned burial. 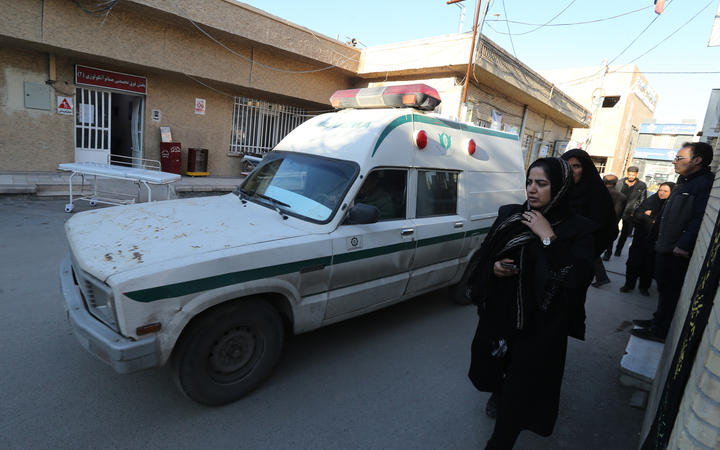 People arrive at a hospital in the southeastern Iranian city of Kerman to look for their loved ones following a stampede that broke out at funeral of Iran's top military general Qasem Soleimani. Photo: AFP

A coroner quoted on Iran's ISNA put those injured numbering more than 200.

Top Iranian officials have renewed their threats of revenge for the killing.

The Guards were set up to defend Iran's Islamic system and are a major political and military force.

Mourners in Kerman chanted "death to America" and "death to Trump", reporters there said.

At one stage the theme music to the 1970 US film Love Story was played, something BBC Monitoring say may be more for its sentimentality rather than the film being widely known in Iran. 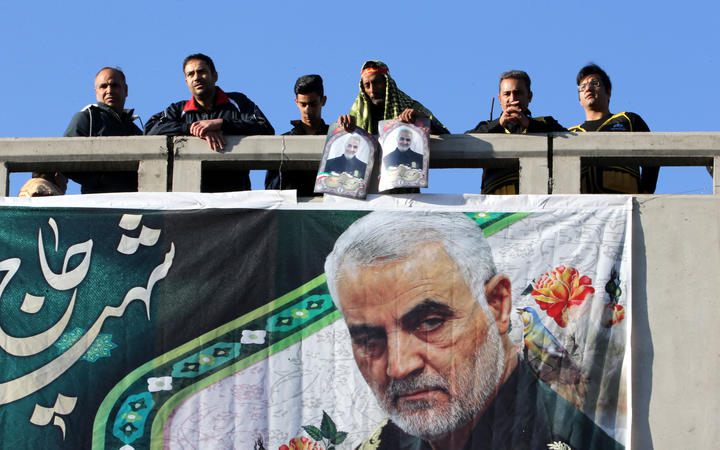 On Tuesday, Iran's Supreme Leader Ayatollah Khamenei led prayers at Soleimani's funeral in Tehran, at one point weeping over his coffin.

Unconfirmed estimates from Iranian state television put the number who took to the streets of Iran's capital alone as "millions". The crowds were large enough to be seen in satellite images.