A national opinion poll found that 53 percent of adults in the US disapprove of Trump's handling of Iran, which is an increase of about 9 percentage points from a similar poll in the middle of December. 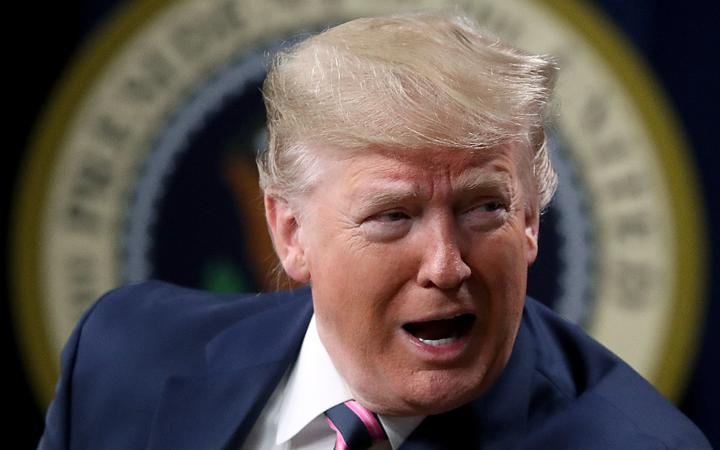 The survey ran between 6 and 7 January, shortly after Trump ordered the drone strike in Iraq that hit Iranian commander Qassem Soleimani and escalated tensions in the region.

Iraq's parliament called for foreign troops to withdraw from the country, and mourners in Iran crowded onto the streets, chanting "death to America!"

The number of adults who "strongly disapprove" of Trump's actions in Iran - 39 percent - was up 10 points from the December poll.

The response was largely split along party lines, with disapproval up over the past month among Democrats and independents, while it did not change among Republicans.

About nine in 10 Democrats and five in 10 independents disapproved of Trump's actions in Iran.

Among Republicans, one in 10 disapproved. One in 10 Democrats, four in 10 independents and eight in 10 Republicans approved of Trump's handling of Iran.

Trump, who said Soleimani had been planning to attack Americans, argued the strike was meant to stop a war with Iran. The president threatened to attack Iranian cultural sites if Iran retaliated.

According to the poll, Trump's overall popularity remained stable following his strike on Soleimani, with 41 percent approving of his performance in office and 54 percent disapproving.

Americans also appeared to be much more concerned now about the risk of war with Iran.

A separate Reuters/Ipsos poll that ran from 3 to 6 January found that 41 percent considered Iran to be an "imminent threat" to the United States, up 17 points from a similar poll that ran in May 2019.

It also found 71 percent of Americans believed the US would be at war with Iran within the next few years, up 20 points from May's poll.

The Reuters/Ipsos polls were conducted online, in English, throughout the United States with more than 1000 participants each. The results have a credibility interval - a measure of precision - of about 4 percentage points.