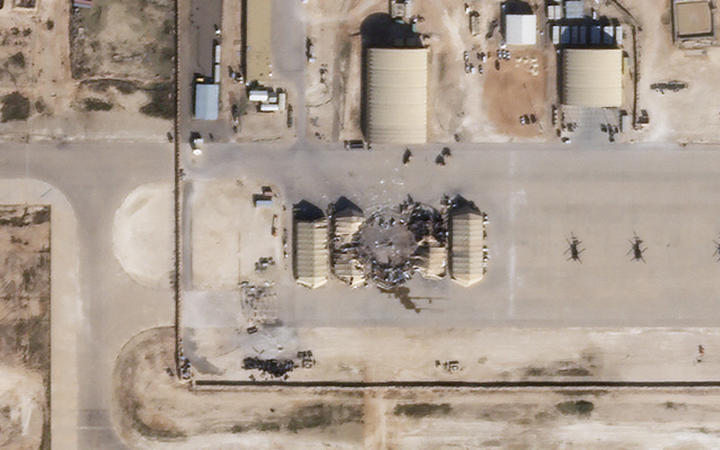 By midnight, not a single fighter jet or helicopter remained out in the open, said one of the sources, an intelligence officer.

Another Iraqi intelligence source said US troops even seemed to know the timing of the attack, saying they seemed "totally aware" the base would be attacked "after midnight."

When the missiles finally landed at about 1.30am (local time), they struck "empty bunkers that had been evacuated hours before," the intelligence source said. No one was injured or killed.

Such accounts add to the evidence that the Iranian attack was among the worst kept secrets in modern warfare - but the reasons why remain mysterious after days of conflicting statements from officials in Iran, Iraq and the United States.

After the missiles landed, several major US media outlets quoted US officials saying the attack had been little more than a warning shot, allowing Iran to satisfy calls for revenge at home - after the US air strike on 3 January that killed an Iranian general - without much risk of provoking further US attacks.

Others, citing US and Arab sources, reported that Iran warned Iraq before the attacks and that Iraq had passed that information to the United States.

By Friday, however, top US officials had rejected that narrative. US Secretary of State Mike Pompeo told reporters that day that there was "no doubt" that Iran had the "full intention" of killing US personnel.

That echoed earlier comments from Mark Milley, chairman of the joint chiefs of staff, who credited US intelligence - rather than warnings or leaks from Tehran - with the advanced notice that allowed US troops to avoid casualties.

Watch this BBC video from inside Al-asad base in Iraq after the missiles:

The ongoing confusion over Tehran's intentions makes it that much more difficult to judge its true appetite for further attacks on US forces or an all-out war. A series of conflicting statements from Iranian officials has only added to the uncertainty.

Even as Iran state TV falsely claimed the attack had killed dozens of US soldiers - and Supreme Leader Ayatollah Ali Khamenei declared it "not enough" of a punishment - Foreign Minister Mohammed Javad Zarif soon after tweeted that Iran had "concluded" its retaliation and "did not seek escalation or war."

Amir Ali Hajizadeh, head of Iran's Revolutionary Guards' Aerospace Force, was later quoted in state media saying, "We did not intend to kill. We intended to hit the enemy's military machinery." And yet Hajizadeh repeated the spurious claim that the attack had killed US soldiers.

An advisor to Iraq Prime Minister Adel Abdul Mahdi told Reuters that Iran did not directly notify Iraq until shortly before the missile strike - but said Iran passed warnings through other countries.

The advisor said both Iraq and the United States were warned of the impending strike by one Arab country and one European country, declining the name them.

And who warned those countries?

"Iran, obviously," the adviser said. "Iran was keen that both the Americans and Iraqis be aware of the strikes before they occurred."

Iran fired at least 22 missiles at Ain al-Asad and another base near the northern Iraqi Kurdish city of Erbil that also hosts US forces, the Iraqi military has said. The advanced warning proved crucial to life-saving preparations. 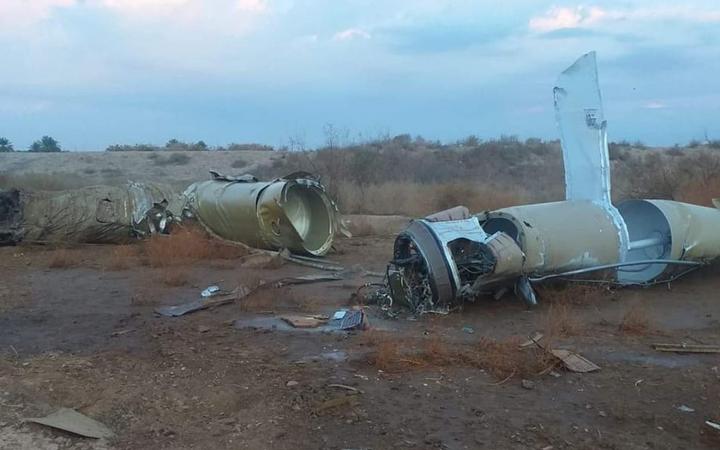 Pieces of missiles are seen at the rural area of Al-Baghdadi town after Iran's Islamic Revolutionary Guard Corps targeted a military base in Erbil, Iraq, that also hosts US forces, on 8 January, 2020. Photo: Al-Baghdadi township Handout / Anadolu Agency / AFP

At the sprawling Ain al-Asad base in Iraq's western Anbar desert on Monday, US Air Force and Army teams cleared piles of metal and concrete debris from the airfield and around bunkers using bulldozers and pickup trucks.

One cruise missile had knocked down more than a dozen heavy concrete blast walls and incinerated shipping containers used as living space by US soldiers.

Another had destroyed two hangars that normally house Blackhawk helicopters, blasting through offices nearby and causing a fuel fire that lasted hours, US soldiers said.

"I was 60 meters away from the blast when it hit this aircraft parking area," said Staff Sergeant Tommie Caldwell of the US Air Force.

"It's the first time we've had an actual missile hit, rather than rockets. The damage was considerably bigger."

Officers at the base said that it had become clear they would be attacked by mid-evening on the night the missiles hit. Most personnel were moved to bunkers and aircraft moved away from parking and repair sites.

"I'd received information it was going to be a missile attack, and it was going to be Ain al-Asad," said Lt. Col. Antionette Chase of the US Army. "We were very well-prepared … Ten days prior, we had drilled for a similar attack."

Still, coalition troops said the attacks did not strike them as a display of restraint from Iran.

As one US Air Force officer put it: "If you fire missiles at an air base where people are maintaining aircraft 24/7, you're probably going to kill people."