The United States has reversed its decision to brand China a currency manipulator as the two countries prepare to wind down their trade war. 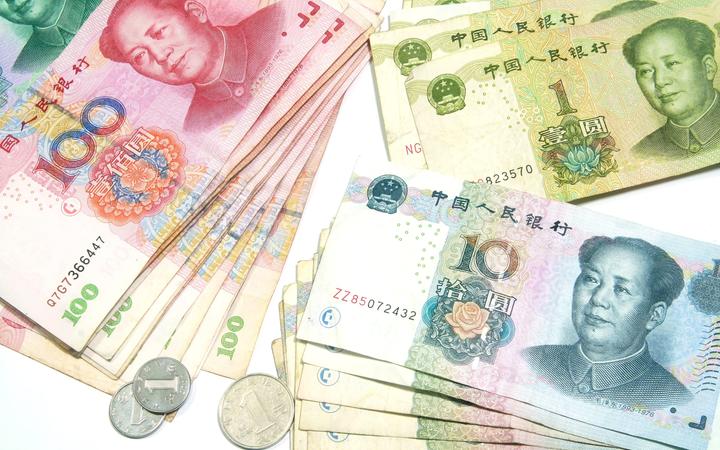 US President Donald Trump has repeatedly accused China of allowing the value of the yuan to fall, making Chinese goods cheaper. Photo: 123RF

The US said it made the change because China had agreed to refrain from devaluing its currency to make its own goods cheaper for foreign buyers.

Washington and Beijing are expected to sign that "phase one" pact this week.

The deal is aimed at deescalating the tit-for-tat tariff war the two countries have engaged in since 2018.

"China has made enforceable commitments to refrain from competitive devaluation, while promoting transparency and accountability," US Treasury Secretary Steven Mnuchin said.

US President Donald Trump has repeatedly accused China of allowing the value of the yuan to fall, making Chinese goods cheaper.

But, on Monday, the US said that the value of the yuan had appreciated since August, at the height of the trade war.

Mnuchin also said that China had made "enforceable commitments" to refrain from devaluation and to share more information about its exchange rates.

"In this context, Treasury has determined that China should no longer be designated as a currency manipulator at this time," the Treasury said.

The US officially named China a currency manipulator in August when tensions were high between Beijing and Washington.

China had pledged to retaliate against Trump's threat to put a 10 percent tariff on another $US300 billion ($NZ453b) of Chinese imports.

At the time, China blamed the weakening of its currency on the market, suggesting investors were concerned about the escalating trade war between the two countries.

That was supported by the International Monetary Fund, which found that the currency was valued fairly.

Under the US definition, currency manipulation is the deliberate effort by a country to influence the exchange rates between its currency and the US dollar to gain an "unfair competitive advantage in international trade".

Trump, who blames China for a decline in US manufacturing, promised to label China a manipulator during his 2016 election campaign.

But after he took office, he appeared to soften his tone. The US Treasury did not apply the designation in its regular reports to Congress about currency movements.

Mnuchin eventually made the move, after reported pressure from the president. It was the first time the US had officially branded a country a currency manipulator since 1994.