The US and China have cooled their trade war, announcing a "Phase one" agreement reducing some US tariffs in exchange for increased Chinese purchases of American farm goods. 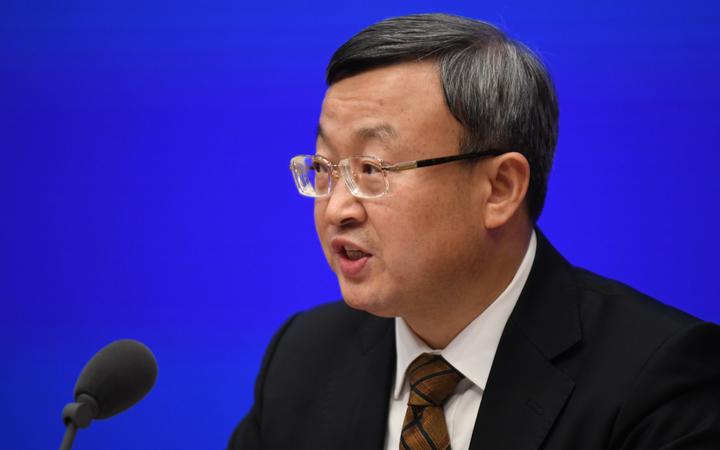 Vice Minister of Commerce and Deputy International Trade Representative Wang Shouwen speaks during the State Council Information Office press conference in Beijing on 13 December, after US President Donald Trump confirmed he was canceling new tariffs on China as part of a "phase one" trade deal. Photo: Noel Celis / AFP

Chinese officials offered no specific details on the amount of US agricultural goods Beijing had agreed to buy, a key sticking point in recent deal negotiations to end the 17-month trade war between the world's two largest economies.

Some US business groups hailed the deal as an end to uncertainty that has slowed global growth. Critics questioned whether the trade war had been worth the job losses and drop in sales.

US markets have gyrated on rumors and leaks about the trade deal in recent months, but were muted on Friday on news it had been agreed.

The agreement was announced as the US House Judiciary Committee voted in Washington to charge US President Donald Trump with abuse of power and obstruction during an impeachment inquiry.

In a press conference Friday night in Beijing, Chinese officials said the two countries have achieved major progress in their phase one trade negotiations, and agreed on the text of a phase one deal.

Trump tweeted on Friday morning: "We have agreed to a very large Phase One Deal with China."

Officials in China have "agreed to many structural changes and massive purchases of Agricultural Product, Energy, and Manufactured Goods, plus much more," he said.

During a later news conference in the White House, Trump said he thought China would hit $50 billion in agricultural purchases.

The US has agreed to suspend tariffs on $160 billion in Chinese goods due to go into effect on 15 December, Trump said on twitter, and cut some existing tariffs to 7.5 percent.

The 15 December tariffs, which would have goods including Chinese-made cell phones, laptop computers, toys and clothing, were scheduled to go into effect at 12.01am on Sunday.

The US Trade Representative's office would need to file a Federal Register notice to rescind them, US trade lawyers have said.

A statement issued by USTR Friday did not mention the tariffs, but said the US would leave in place 25 percent tariffs on $250 billion worth of Chinese goods. The Trump administration will cut the tariff rate in half, to 7.5 percent, on another $120 billion list of Chinese imports that was levied on 1 September, USTR said.

The products getting the lower tariff rate include flat-panel television sets, smart speakers, Bluetooth headphones and many types of footwear.

China has also agreed to suspend retaliatory tariffs, targeting goods ranging from corn and wheat to US-made vehicles and auto parts, also due to take effect on 15 December.

China will import more US wheat, corn, and rice after the deal, China's vice agricultural minister said Friday, but did not elaborate.

Beijing has since balked at committing to buy a specific amount of agricultural goods during a certain time frame, however. Chinese officials said they would like the discretion to buy based on market conditions.

China bought $24 billion in US farm products in 2017, according to US Department of Agriculture figures.

After the October news conference, analysts questioned whether the $50 billion figure was realistic.

Soybeans made up half of China's agricultural purchases in 2017. Demand has since cratered because the pig herds that eat it have been afflicted by African swine fever.

Asked specifically about the $50 billion figure, officials in Beijing said on Friday that details on value would be disclosed later.

The deal will provide more protection for foreign companies in China, and Chinese companies in the United States, Chinese officials said.

The Business Roundtable, a group of chief executives of the largest US companies, said "this de-escalation in trade tensions is a positive step toward resolving important trade and investment issues between our two nations".

Chris Murphy, the Connecticut senator, called it a "total capitulation," saying China had made "zero hard commitments to structural reform."