Iranian missiles damaged or destroyed seven buildings in the part of Ain al-Asad air base in Iraq that houses US military personnel, satellite photographs appear to show. 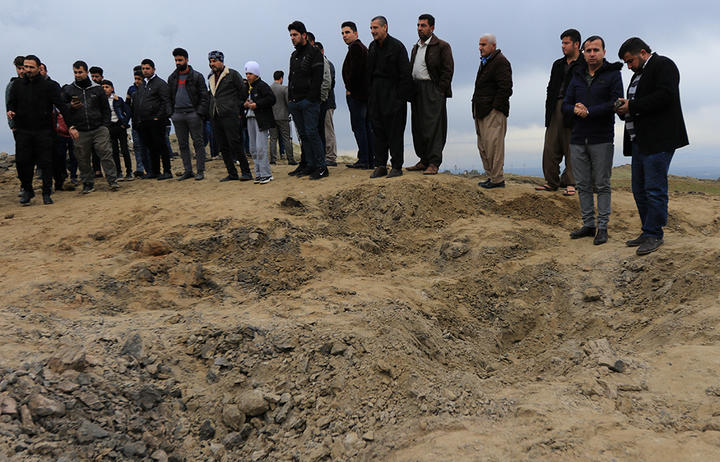 Residents look at a crater caused by a missile launched by Iran on US-led coalition forces on the outskirts of Duhok, Iraq. Photo: Reuters /Ari Jalal

Iran launched missile attacks on US bases in Iraq yesterday in retaliation for the US drone strike that killed a top Iranian commander.

Two images provided by commercial satellite company Planet Labs Inc., and reviewed by Reuters, show five missile impact points in that part of the base.

The extent of the damage can be gauged by comparing the photographs, taken after Wednesday's attack, with images from 25 December last year.

At least three of the structures appear to be aircraft maintenance hangers. Some of the buildings or structures have completely disappeared. Only parts of the others remain.

"They targeted the American portion of the base. They meant to hit it and they did hit it," said Jeffrey Lewis of the Middlebury Institute of International Studies in Monterey, California.

US President Donald Trump said no Americans were harmed in the strikes, which Iranian said it launched in retaliation for the killing last week in Iraq of an Iranian general.